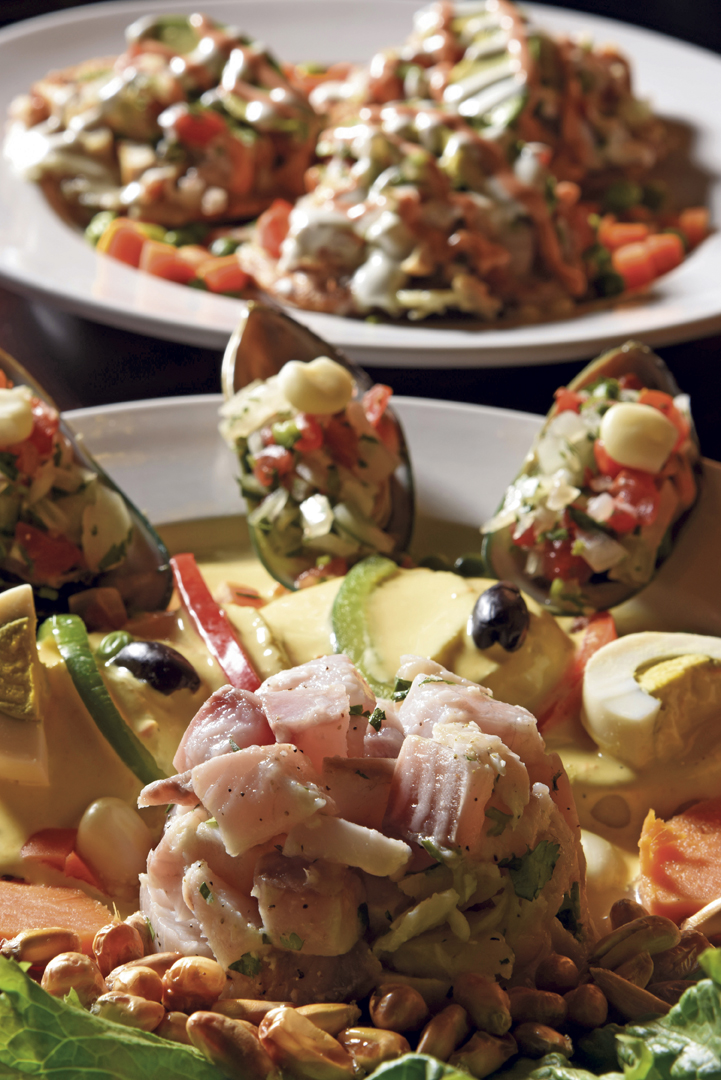 Good food shouldn’t be a luxury. In this column, I set out to prove that it is possible to eat a high-quality, low-cost meal within Louisville’s diverse and expanding food scene. My goal is to find a meal at a local restaurant that costs $10 or less (excluding the tip), an ideal limit for those of us who are cash-strapped but have a hard time sacrificing a nice meal outside of the house.

When I worked in an office in downtown Louisville, I started making lunch plans at about 10 a.m. Someone in our lunch crew would send out a mass instant message to tally attends. Then we’d discuss over a string of emails where we should go. Though the restaurant debate was often lively, Sol Aztecas, a Mexican restaurant on Main Street’s Whiskey Row, became our default lunch spot when we wanted some Mexican food. It was close to my office, the food there was always reliable, and everyone could find something they liked.

But when José Monasterio came on board as the general manager of Sol Aztecas, he wanted to try something new. He wanted to give the restaurant a unique, exciting menu that would stand out from other Mexican restaurants downtown and motivate diners to brave downtown traffic for an evening meal.

Since I’ve left my downtown office, the restaurant has been reborn under a new concept. Sol Aztecas is now Me Gusta Latin Kitchen & Bar. This revamped restaurant now serves dishes from the countries of South America and the Caribbean while still holding on to a few Mexican favorites.

“The goal is to be as big as possible in terms of food from different countries,” said Monasterio, who is now a co-owner of the restaurant.

Me Gusta’s transcontinental concept makes for an interesting addition to the string of restaurants that line Main Street’s Whiskey Row. The restaurant serves a concise menu that packs in unique and unexpected flavors for a fun international dining experience. At the same time, Me Gusta still provides enough Mexican dishes to please folks who might not want to step too far away from dishes like quesadillas or enchiladas.

Me Gusta provides solid options for the budget conscious. Even though I don’t work downtown anymore, I stopped by on a recent afternoon to try the $9 lunch buffet, one of the better midday deals in the city. I grabbed a seat at the bar, glanced at the bottles of tequila staring me down and scanned the buffet selection located at the center of the restaurant. The spread was loaded with fixings for fajitas, nachos and tacos — chicken, beef, veggies, beans, rice, tortillas and chips, just to name a few of the selections. I didn’t even look at the menu — that buffet was going to make a great, quick lunch.

As I scooped rice and beans onto my plate, I was happy to see some pulled pork and barbecue chicken that was new to me. Me Gusta sneaks some dishes from its broader menu onto the buffet to introduce lunchtime eaters to a wider scope of food. For example, my favorite lunch buffet item was the Bolivian guiso de pollo, a flavorful, mild stew of chicken, potatoes and carrots cooked in white wine and tomato sauce. I was also a fan of the buffet’s fried sweet plantains with slightly crunchy edges. (I won’t tell you how many of those plantains I put away — it was a little unladylike.)

The buffet provides a good first step toward diving into the more diverse dinner menu, which Me Gusta fills with dishes from Bolivia, Peru, Puerto Rico, Cuba and other South American and Caribbean countries. I won’t make a trip downtown all the time for a $9 lunch buffet. But dinner? I’ll travel for that.

The Me Gusta dinner menu manages to offer a solid variety without bogging down customers with too many options. The entrées, most of which are less than $15, are divided on the menu by the meat they feature, and there are three to four items per category. There’s plenty of tender, slow-cooked meats, such as the lechón asado pork shoulder ($12), the keperi al horno Bolivian brisket ($13) and the aforementioned guiso de pollo ($12 as a dinner entrée).

During one visit to Me Gusta, I decided to use the appetizer menu to sample the international flavors that Me Gusta co-owner Monasterio wanted to inject into the restaurant. Since I was dining solo but wanted to take some home to my husband, I ordered a couple of apps to sample, then take home. I would’ve been remiss had I skipped the tostones con pollo ($8), which have become my favorite from the Me Gusta menu. Green plantains (remember how I love plantains?) are smashed into discs and fried to make three tostones (they look similar to a hash brown). Each tostone is topped with hearty, tender hunks of grilled chicken, cheese, pico de gallo and avocado slices. The slight sweetness of the tostones anchors this savory dish, which is hearty enough to be a meal.

I wanted to step outside my box and try something I’d never seen before. So for my second dish, I went with the Peruvian Sampler, an $11 selection that includes three dishes that gave me a peek into a cuisine I’d never tried before. The dish was heavy on fresh seafood and vegetables, which made me want to explore more of what Peru has to offer. First, there’s a tangy Peruvian seviche, a mound of fish in lime juice. Then there are several huge mussels topped with chopped tomatoes, corn and yellow pepper, a hearty dish called choros a la Chalaca. In the middle are the papas a la Huancaína, boiled and sliced potatoes topped in a spicy, eggy sauce, boiled eggs, black olives, crunchy Peruvian corn, green peas and carrots. Unfortunately, this wasn’t the best dish to pick to take home to the hubs — everything is cold, so this is definitely best eaten at Me Gusta.

Aside from my lost leftover Peruvian Sampler (don’t put leftover seviche in your car unless you live one minute away from Me Gusta), I was really happy with the new Latin restaurant on Whiskey Row. I’m excited for what Me Gusta Latin Kitchen is introducing there — a broad look at Latin cuisine that is approachable for new customers but exciting enough for adventurous foodies. And if you still have some reservations, assemble your crew for a trip to the buffet. Just don’t forget to try some new-to-you dishes from the buffet line. F&D