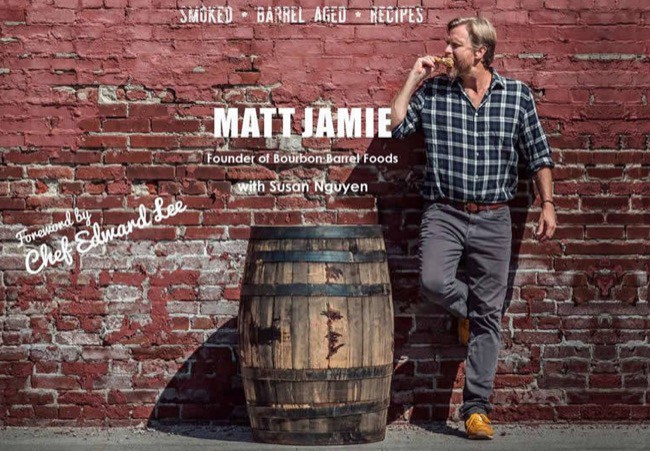 It’s Christmas time, and the Louisville food scene has a wealth of amazing recipes you can gift your loved ones. Here are just a few Louisville, Kentucky authored cookbooks available for the foodie in your life, including one for the young chefs.

Signed Copy of “Eat Your Bourbon”

“Founder of Bourbon Barrel Foods, Matt Jamie — America’s only micro-brewed soy maker and gourmet spice company owner tells his story through his love of cuisine in his “Eat Your Bourbon” hardcover cookbook.  Learn how this not-so-southern chef went from being a stay at home dad to selling his bourbon barrel aged soy sauce to Japan. Matt gives insight into his company Bourbon Barrel Foods, mingles with award-winning chefs, and shares his range of recipes using his handcrafted products.”

“Damaris Phillips is a southern chef in love with an ethical vegetarian. Growing up, greens were made with pork, and it wasn’t Sunday without fried chicken. So she had to transform the way she cooks. In Southern Girl Meets Vegetarian Boy, Phillips shares 100 recipes that embody the modern Southern kitchen: food that retains all its historic comfort and flavor, but can now be enjoyed by vegetarians and meat-lovers alike.”

Smoke and Pickles: Recipes and Stories from a New Southern Kitchen

“Born with the storytelling gene of a true Southerner, Lee fills his debut cookbook with tales of the restaurant world, New York City, Kentucky, and his time competing on Top Chef, plus more than 130 exceptional recipes for food with Korean roots and Southern soul.”
Also, coming soon from Chef Lee and now available for pre-order:

“Lee decided to hit the road and spent two years uncovering fascinating narratives from every corner of the country… Sixteen adventures, sixteen vibrant new chapters in the great evolving story of American cuisine. And forty recipes, created by Lee, that bring these new dishes into our own kitchens.”

Originally published in 2015, but still a good gift for the foodie in your life,  “Secrets of Louisville Chefs Cookbook, Vol. 4, features more than 225 appetizer, entrée and dessert recipes from 74 Louisville restaurants. In addition, the chefs share hundreds of cooking hints and tips, reveal their culinary indulgences and fondest memories, and serve up surprises you won’t want to miss. The book also includes a section on organic foods and one on pairing food with wines and spirits.”

“Chef Nancy believes people of all ages should be able to “feed their brains.” Chef Nancy’s Kids’ Club Cookbook contains easy recipes for fun snacks that can teach young people how to prepare healthy foods for themselves… without using knives or stoves!”