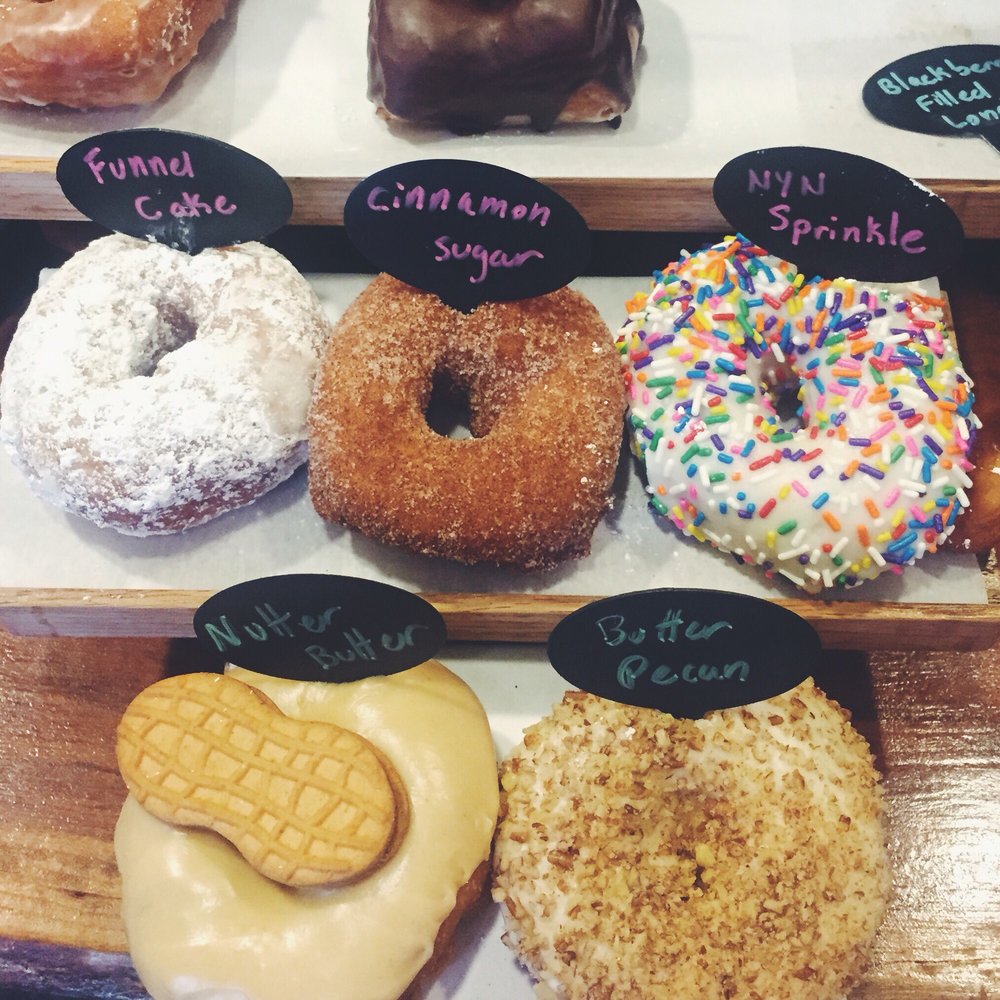 For some, the allure of a donut is impossible to resist. At least that is what the Hi-Five Doughnut truck and North Lime Donuts of Lexington hope, as they plan to open stores in Louisville this year. Hi-Five, which has been operating a food truck around town, will settle down in Butchertown at 1011 E. Main St., and North Lime Donuts will create a store in the Edison Center on the western edge of Old Louisville at Seventh and Ormsby.

Annie Harlow and Leslie Wilson, owners of “Shelby,” their affectionately-named food truck, have operated a peripatetic business as they looked for a permanent store location. Developer Andy Blieden offered a space in his Butcher Block development, which Harlow and Wilson decided was just the ticket.

The building has the large open space Harlow and Wilson wanted, as well as a large front window that will allow the public to see in. The building will need considerable renovation, and they will keep Shelby rolling in the meantime. They hope that the stable location will allow them to experiment more with creating unusual doughnuts.

Harlow and Wilson hope they can open their store at the end of this year or possibly early next year – winter is a slow season for food trucks in general, and doughnut trucks in particular.

North Lime Coffee and Donuts has developed a following in Lexington, and have been looking to open a store in Louisville as well.  According to a story in Insider Louisville, North Lime will be part of the Edison Center, the rehab of the old LG&E plant at 701 W.Ormsby into a mixed-use facility that is the new location of the offices of Louisville Metro Government, which used to be located on Barret Ave.

Renovations to this space are needed as well, and a winter opening date is also in the works for North Lime Coffee and Donuts.