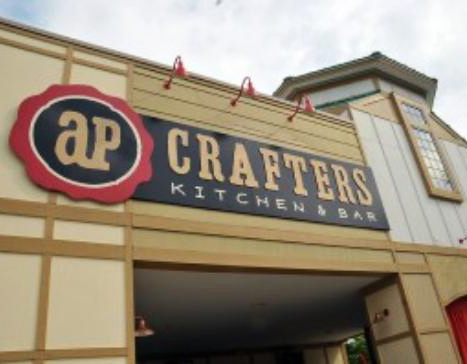 A.P. Crafters, the gastropub created by Boombozz Pizza pioneer Tony Palombino, has closed. No word on why the Westport Village restaurant shut its doors after a 21-month run, but doubtless it proves, yet again, that restaurants are just one hell of a competitive business. What makes the closure even more puzzling is that Palombino sold the restaurant to an Arizona group just a few months ago.

And it’s not as though the sale left Palombino with time on his hands. His newest restaurant, Manny & Merle, is a honkytonk spot serving mod-Mex food and doing a good trade.

After 11 years on Bardstown Road, The Highlands Taproom will close at the end of 2013. (Won’t that make for a heck of a New Year’s Eve party!)

The owners of the beloved little bar, which always served good pub grub and affordable drinks, plus had great live music, and their landlord couldn’t come to terms for a new lease.

The good news is owners Tommy and Sally Clemmons aren’t going away. They’ve still got their second place, Highlands Tap Room Grill just down the street at bit at 1058 Bardstown Rd.

And speaking of Spinelli’s, the four unit mini-chain will open unit No. 5 in Valley Station during Derby week, and unit No. 6 will open in Hollywood, Calif., later this summer. Nope, that’s not a joke. There’s a good piece on Insider Louisville that has the details.