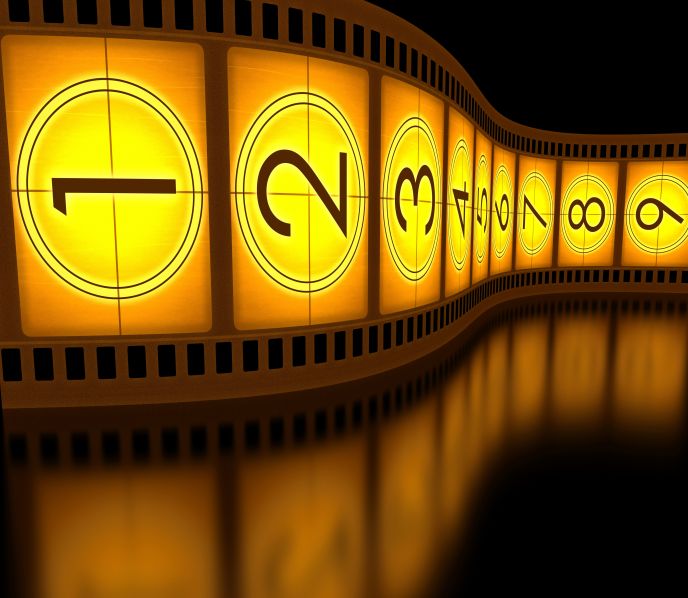 I’d like to see more movies about the restaurant world, but when I think about films in that genre most of what comes to mind is art-house fare (Eat Drink Man Woman, Tampopo, etc). Pixar’s Ratatouille managed a decent crossover draw, but despite even the vocal styling of Patton Oswalt and an animated cameo by Thomas Keller it never rose above the perception of being a children’s movie. What is needed, clearly, is some blockbuster muscle. Therefore, Hollywood, I pitch to you the following. You may direct any option or royalty checks to jayforman@hotmail.com

Trouble is afoot again on a certain cloudy island off the coast of Costa Rica. This time it concerns Gramercy Tavern’s Danny Meyer, who becomes entangled in a fierce rivalry with Mario Batali to see who can come up with the most adventurous nose-to-tail restaurant in the universe. Batali seems to have all but won when Woolly Mammoth Carpaccio mysteriously shows up on his menu in Vegas. Meyer, his back to the wall, has but one choice left – Velociraptor sashimi. With a hand-picked team of sous chefs and big-game hunters, Meyer dares to be the first person to step foot on Isla Nublar in 22 years.
He discovers he is not alone.

Batali, accompanied by a beautiful professor of paleogastronomy with a tragic backstory played by (hopefully) Scarlett Johansson, has arrived first to clone the aforementioned woolly mammoth. The first act turns when a chicken-size Compsognathus spits hallucinogenic venom on Batali’s orange Crocs and it seeps into his toes. He goes berserk and tumbles into a gene splicing machine which grafts his DNA onto that of a Tyrannosaur. The resulting creation escapes its magnetic confinement shell after one of Meyer’s sous chefs, against explicit orders, sears a Brachiosaurus backstrap on his induction burner. Hijinks ensure. Will Meyer’s team manage to lure the Mariosaurus into a vat of Sambuca and make it off the island alive?

Ana Steele is a senior at Washington State University in Seattle. A lifelong vegetarian, she supplements her income by foraging for wild ramps and chanterelles in the piney woods of the Pacific Northwest. When her journalist roommate gets sick, Ana is asked to interview Christian Grey, a successful tech entrepreneur who made his fortune when his startup app BAKN was bought by Hormel for $1.2 billion.

Ana is instantly smitten by Christian despite his mysterious, omnivorous ways. Later she encounters him at the small wares section of Restaurant Depot, where he is buying a meat saw and an economy-size jar of nitrates. They agree to have lunch.
Ana learns that Christian has a complicated relationship with pork.

Later, she calls him while drunk and wakes up in his hotel. She confesses that she has never eaten bacon, and he signs her up for the Bacon of the Month club. But she throws the packages away untouched. Following a date he takes her by helicopter to his vast free-range Iberian black-footed pig reserve on the Olympic peninsula. There she is asked to sign a release stating that she is not allergic to artificial hickory smoke flavor. He leads her to his hidden charcuterie chamber, bedecked with a staggering array of Berkel slicers and dry-aging cabinets.

Will she taste the forbidden flesh of the pig? Will she agree to use “Kosher” as her safe word? Will she, just maybe, learn a little something about herself? Stay tuned for the next installment in the series, “Fifty Shades: Thick-Cut.”

In 2015 the predictive algorithm for Amazon Prime’s grocery service, Amazon Fresh, becomes self-aware. Amazon Fresh-Net, as it comes to be called, seizes control of Amazon’s Special Projects division and repurposes its experimental quad-rotor delivery drones, then begins to exterminate humanity – in the Seattle and New York area test markets, at least. Humanity’s only hope is a cadre of Bay Area chefs who accidentally create a working cold fusion device after an epically drunken service industry night. Using a thermal circulator, rubber tubing and dishwasher test strips, they manage to send Danny Bowein back through time to take out Jeff Bezos and stop the Grocery Apocalypse before it even starts. Arnold Schwarzenegger guest stars as a giant talking pastrami.

For Peter Jackson’s 14th installment of a book that is actually shorter than its own Cliff Notes, he sleuths out a never-before-published chapter from “The Silmarillion” from the estate of J.R.R. Tolkien. In it we learn that prior to becoming the bad guy in “Lord of the Rings,” Sauron was actually the personal chef for Morgoth, the ultimate embodiment of evil, who also was corporate head of Marriott’s Institutional Dining Division. Under Morgoth’s tutelage, Sauron grows strong in fell sorcery and insinuates himself into Elven lord Thomas Keller’s Mallorn-to-Table restaurant, Lothlorienlaundry.

While there he learns the secrets of reverse spherification and forges the Napkin Ring of Power, the One Napkin Ring to rule all other Napkin Rings. In an utterly fabricated plot turn, it falls to a monkey in a motion-capture suit playing Andy Serkis and Orko from Thundercats to restore balance to the force. The sandworms from Dune costar.

This spinoff of “Despicable Me” mines ever richer veins of product placement, replacing the lovable Minions Stuart, Kevin and Bob with three google-eyed CGI onion-flavored snack crisps. When New York Mayor Michael Bloomberg outlaws hydrolyzed soy protein, the Funyuns are left homeless. They wander despondently into the subway tunnels, where they meet a lovable cast of misfit junk foods.

Together with their new friends Big Gulp Mountain Dew and Movie Theater Popcorn, they hatch a plot to divert the Hudson River and replace it with high-fructose corn syrup. The plan almost goes sideways when Dominique Ansel sends his glamorous Mademoiselle Cronut into the hitherto-thought-apocryphal 13th Street Station to seduce Stuart, but the endearing charms of the extruded enriched-cornmeal treat convince her to switch sides. When Mayor Bloomberg slips on a leaf of kale and tumbles into a vat of contraband trans-fats, it is up to the Funyuns to rescue him and show him the error of his ways.

Hollywood – you are welcome. Thank you, I’m done drinking, and I’m going to sleep.