Home OPENINGS & CLOSINGS The third location of Barry’s Cheesesteaks and More is coming to the... 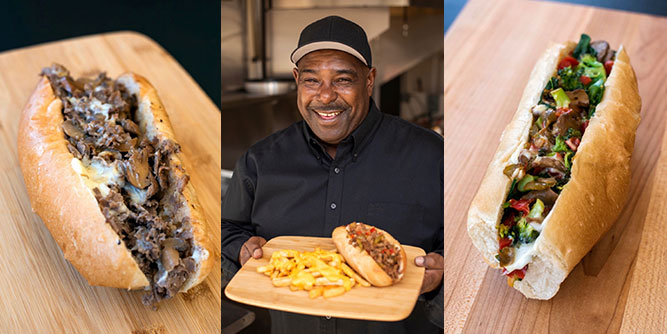 Barry Washington knows first-hand what it means to be homeless, addicted, down and almost out. But he didn’t stay down for the count. Washington found God as well as a pathway through the maze, becoming an entrepreneur, a restaurateur and the founder of Barry’s Cheesesteaks & More, so named because according to Washington, “We do more than just cheesesteaks. We want to be a part of changing lives.”

In the process Washington also found a way to give back through a variety of charitable causes, and now hundreds of loyal fans consume Barry’s signature cheesesteaks each week at his restaurant’s Preston Highway and Old Louisville (S. 2nd St.) locations. Soon there’ll be a third Barry’s Cheesesteaks and More, occupying suite No. 5 in the shopping center at 2500 Bardstown Road, which is being renovated now.

The anticipated opening date has not been revealed; however this XPLouisville video posted at the fast casual restaurant’s Facebook page provides a preview.

We're excited to call the Highlands our home very soon!

Posted by Barry's Cheesesteaks and More on Saturday, October 5, 2019