Home CALENDAR of EVENTS A Taste of Life honors Anthony Bourdain by raising consciousness about mental... 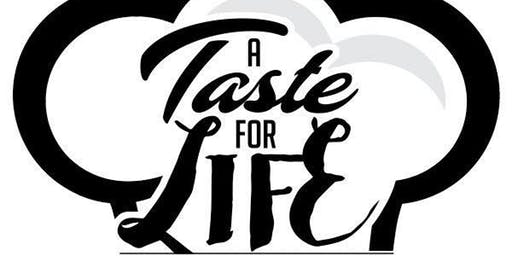 Anthony Bourdain’s suicide in June, 2018 came as a profound shock to his worldwide legion of fans.

A year later, when Bourdain’s friends and fellow chefs Éric Ripert and José Andrés chose his birthday on June 25 as Bourdain Day, remembrances of the late chef, traveler, journalist and television personality quickly passed from the larger international stage to any number of local kitchens, farms, food trucks and juke joints where Bourdain’s enduring influence was felt.

Bourdain’s posthumous legacy may soon surpass that of his considerable body of work, because in the wake of his passing, consciousness about mental health issues and suicide prevention is being actively expanded.

Toward this end A Taste for Life will be held on Saturday, June 29 at Four Pegs Beer Lounge in Germantown. Proceeds from the event will benefit the National Alliance for Mental Illness and the Everything Will Be OK Project. Earlier this week Chris Williams, the owner/chef at Four Pegs, dished to Insider Louisville’s Sara Havens about the event as a means of raising awareness for the at-risk restaurant and hospitality industry.

“Bourdain was very influential in our lives, and the need to highlight that we as chefs can and do have issues needed to be brought out of the kitchen and into the forefront,” Williams told Havens. “We wanted to find ways to let people know that, for one, it’s OK, and two, where they can find help.”

The idea for A Taste for Life began small, but once news got around local chefs kept inquiring about participating and now at least 20 are on board, including Eric Morris (Hull and High Water), Griffin Paulin (Mirin) and Dallas McGarity (Fat Lamb and Portage House).

On Saturday some of the participating chefs will take their turn as targets in a dunk tank, which like the event itself is slated for the patio at Four Pegs. There’ll be food tasting stations, bourbon and wine tastings and a silent auction. It’s an appropriate format, as Williams explained to Havens.

“The more we got into the planning, we realized that if this is going to honor Anthony Bourdain, we need to do something he would love — street food. We decided setting up stations with samples and tastes is a much better way than 25 people in a room formally eating a coursed-out meal.”