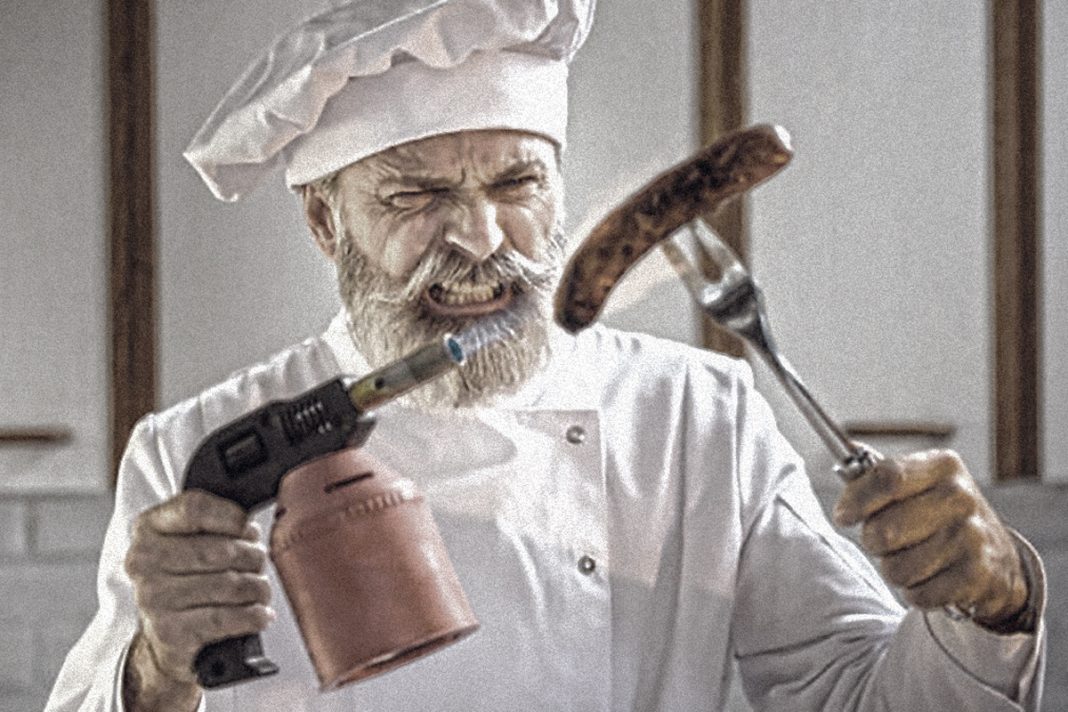 The late Anthony Bourdain introduces the first in our new series of “Afternoon Archive” posts.

If you are easily offended by direct aspersions on your lineage, the circumstances of your birth, your sexuality, your appearance, the mention of your parents possibly commingling with livestock, then the world of professional cooking is not for you.

We’re going through the archives of Food & Dining Magazine to find interesting pieces from past print issues. Kicking things off, here’s Jay Forman humorously picking up where Bourdain left off.

If it takes a village to raise a child, it takes an asylum to run a restaurant. The ecosystem of even a small independent usually involves a cast of characters worthy of an HBO series spearheaded by the Coen Brothers. What follows is a quick overview about various positions and their responsibilities. In practice, the details are a lot weirder. 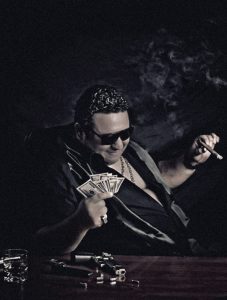 The thing about opening a restaurant is that it is crazy expensive. You have tremendous start-up costs and operating expenses, not to mention perishable inventory and the onus of a long-term commercial lease. Given such obstacles, it is rare for a young chef to be able to self-finance an operation, especially with no track record or collateral. Enter the Investor. This person may be a parent, which opens up a Pandora’s box of imminent psychological consequences too complex to even begin addressing in this column. Or they might be a dentist who has always wanted to own a restaurant but knows absolutely nothing about it except that they want you to comp their meals and all their friends’ meals but then complain about the whole “operating at a loss” thing even after you point out that their second cousins drank up the Grand Cru that otherwise would have represented your 2% net profit for the month. The best option here is to partner with a Sinaloan drug cartel. These are always looking for cash-sucking black holes through which to launder their dirty money. See the Netflix series Ozark for more information and a possible business plan. 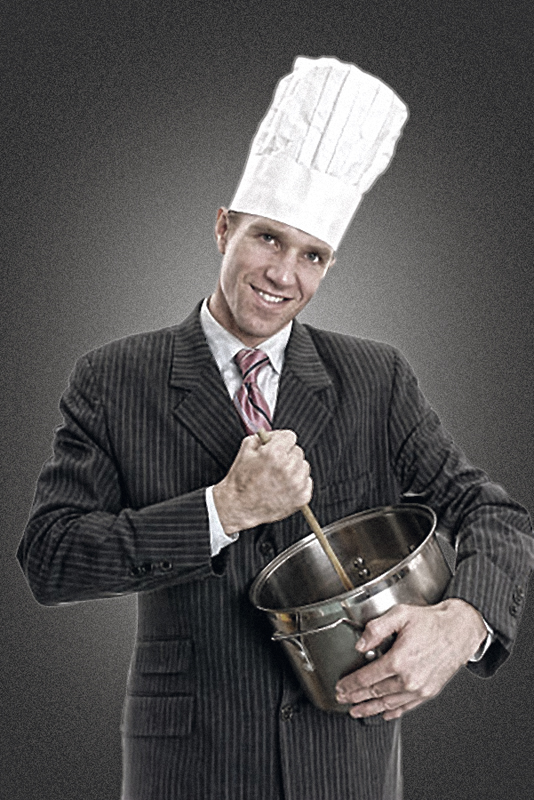 This is the man or woman with the vision, whose preternatural on-trend creations singularly realign the cultural sensibilities of a nation. Or more precisely, who understands the community implications of eating heirloom carrots and how imported seafoods impact the disenfranchised Gullah communities of the South Carolina lowcountry. This is usually explained at length in the press release selling tickets to $175-a-plate fundraisers. The executive chef comes in one of two forms. The chef that headlines a single restaurant will be found in the kitchen. The chef that headlines multiple restaurants will be found on book tour, leaving things in the capable hands of his or her…

This is the Bad Lieutenant. First Officer Ryker. The Hand of the King. The Chef de Cuisine runs the show, setting up menus and making sure that everything that is sent out to the tables executes the vision of the chef. The Chef de Cuisine can also be a lonely position, as his specials are usually appropriated for last-minute cookbook content (see above) and credited to the Executive Chef, but don’t worry. He’s not resentful. He’s just biding his time until the headhunter calls. Luckily he has a… 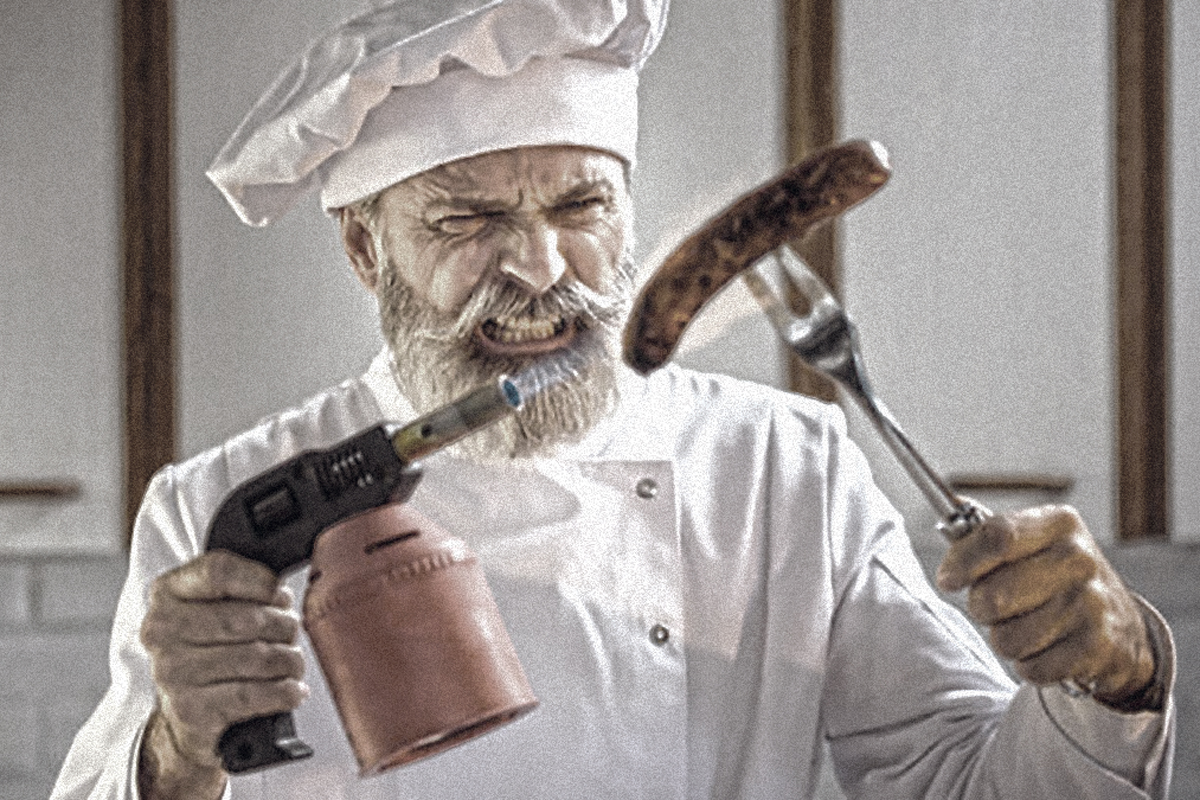 This is the Sergeant: the position where the rubber hits the road. He manages the shift-level staff. He is an excellent motivator, capable of nailing a Line Cook with a frying pan from thirty paces if they fail to Execute Vision properly. Like a loquacious songbird with Tourette’s syndrome, sous chefs curse in a way that would make Quentin Tarantino blush. The sous also fills in for the Line Cooks when they don’t show up — which is often. 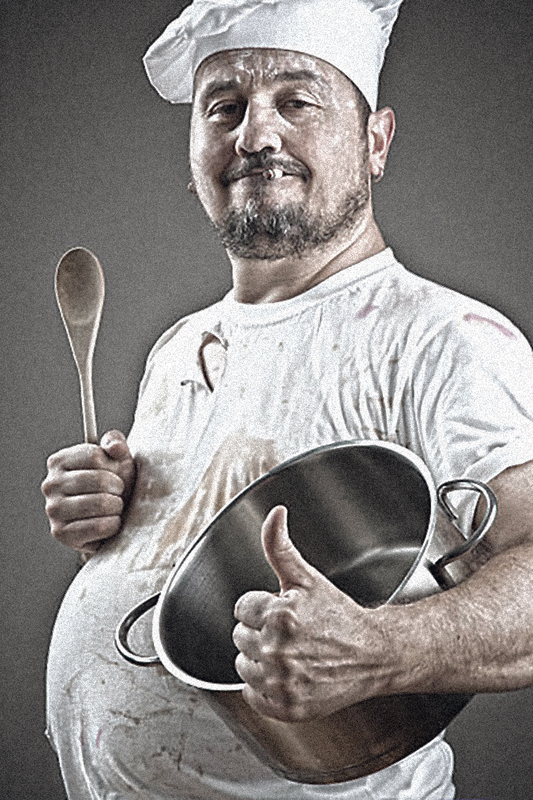 Line cooks come in multiple configurations. Those graduating from Culinary School have fantastic ideas about how to improve the menu and propose how they are going to do it on their first day on the job. These newbies are then asked to track down a Parsley Curler, an imaginary kitchen implement which is the Back of House equivalent to a snipe hunt. As the new line cook goes from station to station, inquiring as to its whereabouts, he is thusly humiliated and falls into line – and cooks.

Another popular configuration is the grizzled pro, a gunslinger who has mastered his craft. He will never rise above the rank of line cook but takes a fierce pride in this, especially as he sends the new guy to the dish pit where the Parsley Curler’s  “probably drying on the rack with the serrated spatulas.” Like a military transport truck, the grizzled pro needs a ton of fuel but can run on pretty much anything – Old Crow, Vanilla Extract and Enzymatic Floor Stripper are just a few of his favorite snacks. 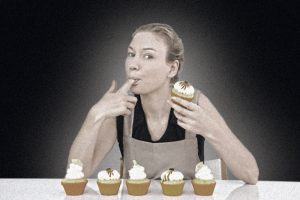 The Pastry Chef is responsible for the desserts and breads used in the restaurant. The big secret about Pastry Chefs is that they secretly hate sweet things because they have to eat them all the time. Once in a while, a Pastry Chef will go rogue and start cramming savory items into their desserts, which confuses patrons who expect something sweet. Sometimes they go so far as to open restaurants with reversed polarity which fail within six months. Pastry Chefs tend to be very technical —  in direct opposition from line cooks, who usually can’t read a recipe and proceed by intuition and a keen sense of smell.

In the past, the Hostess has usually been an attractive woman capable of writing down names and walking customers to numbered tables. In our more progressive times this approach is often scrapped in favor of a heavily tattooed non-gendered persona who doesn’t like you. 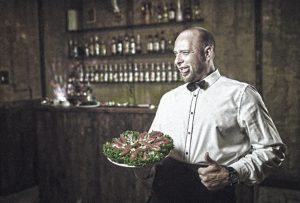 A grab-bag of personality types, the Waitstaff ranges from high schoolers saving for their first car to 50-year-old males saving up for their first car. There are also a lot of college students, given the industry’s flexible hours, late shifts and longstanding ties to the delta 8 THC and cannabis industry. If you are in New York or L.A., approximately 87% of them are actors. Waitstaff have a difficult job in that they have to interact directly with the dining public and absorb soul-crushing doses of abuse, complaints, unsolicited opinions, harassment and (occasionally) religious proselytization all with a smile on their face in the hopes of a tip. Despite this, the Back of House staff hates and mocks them at every turn, mostly because waiters make more money then they do. There’s a storm a’brewin… 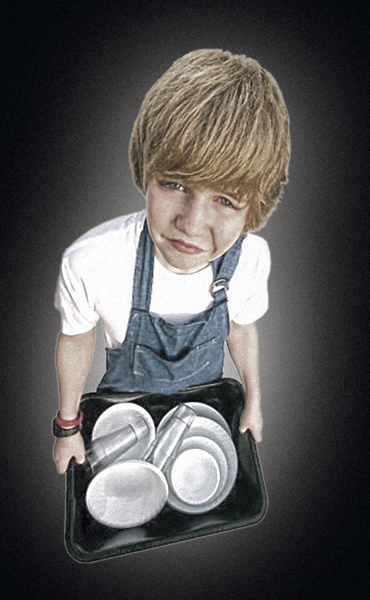 The porters are the guys in the dish pit doing the job that no one else will do. They work hard and all they ask in return is permission to endlessly stream ESPN SportsCenter to their Android device with a cracked screen and to come to work totally high. Porters are valuable resources for Fantasy Football tips as well as last minute drug deals. Once in a great while they are liberal arts majors wishing to experience “real life,” but these porters should be avoided as they negate the positives of the other kinds and, also, they are terrible at cleaning dishes.

So, there you go. This is the cast of characters that makes up your typical restaurant staff. Next time, we will explore the second tier of personalities that richly informs this dysfunctional soup of happiness. They include Purveyors, Charitable Donation Solicitors, Yelp Representatives, POS (point of sale) Vendors, Insurance Salesmen and the local mafia. The last is to be avoided even if the terms on a low-interest bridge loan sound pretty reasonable. Trust me on this. Now if you excuse me, I’m off to the Ozarks.