Home DRINK Beer Ale: There’s an app for that 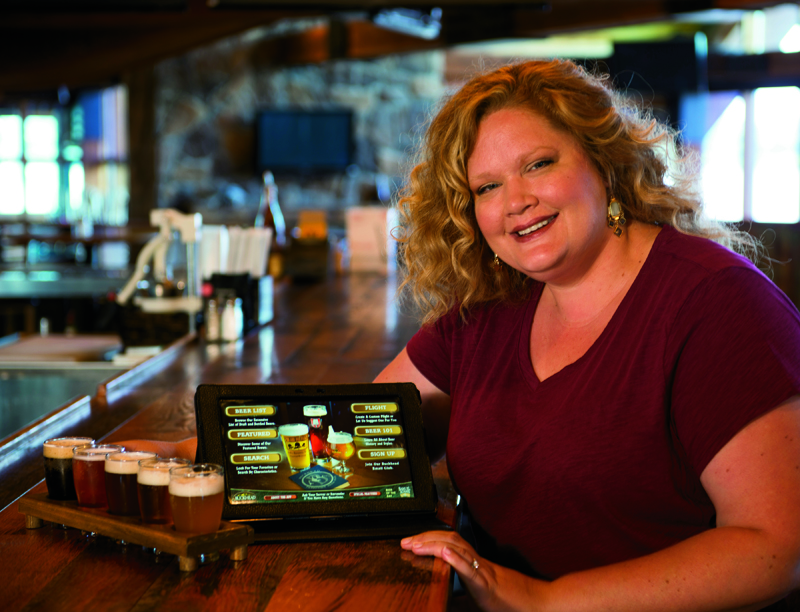 Human nature often displays a yearning for simpler times — a slower pace of life, fewer worries, and a return to the good old days.

Consider how easy it used to be to order a beer.

Back then, most beer drinkers drank the same mass-market beer every time. For the slightly more adventurous, it was simple to learn which beers were available at an eatery or watering hole, because if you asked, the server would tell you: “All of them.”

Loosely translated, this meant any mass-market beer or its low-calorie variant, providing it was golden-colored, tasted like carbonated water, and advertised on television during major sporting events.

Thankfully, “good old” days like these are over, and if anything, we now enjoy a surfeit of choice. First came the imports, followed by an American craft beer revolution right here at home. These developments gave us better beer, but made it far more difficult for establishments to communicate available options — assuming there was somewhere to put them.

Suddenly draft handles exponentially increased, and stand-up coolers filled with bottles (and more recently, cans) were squeezed into any empty nook. The customers began asking for non-frosted glasses — but precisely which were needed, seeing as style-friendly glassware was filling shelves and pushing wine glasses around the corner toward the mop sink?

In this new amok era of proliferation, what was a server at an aspiring geek-friendly corner bar to do when asked, “So, what beers do you have?”

From the very beginning, bars and restaurants made lists of their beers just as they’d always done for wine and spirits. Whether chalked onto a blackboard or photocopied for tabletop placement (top-shelf joints might even laminate them), conventional beer lists worked well enough, but stubbornly required constant upkeep and consistent editorial decision making.

To alphabetize beers, or arrange by country, brewery, style or sub-style? Should alcohol content, bitterness units and other relevant consumer information be included? Is the font too small, or the blackboard too crowded?

What about that annoying chalk dust?

How much beer information is too much, especially when seasonals and specialties are expected to constantly rotate?

Finally, what happens when the only staffer capable of operating the copier goes on holiday, and all the paper beer lists become soggy, crumpled messes?

Enter Buckhead Mountain Grill and its sister business, Rocky’s Sub Pub. When the latter added dozens of beer taps to its Jeffersonville location in 2011, the company’s brain trust made two critical decisions: Contemporary information technology would be harnessed in the service of thousands of years of progress in fermentation science, and Tisha Gainey would be hired as Beverage Director to oversee the evolving beer program.

The fundamental challenge facing Buckhead, Rocky’s and any other craft-friendly establishment is how best to educate consumers approaching the craft beer genre for the first time. When they’ve gotten a dram of gumption and are willing to sample a new beer, it needs to be the right introduction.

Communication is the key. Those of us fluent in the craft beer curriculum have few difficulties explaining it, but we can’t always be on hand. Servers and bartenders are the suggested intermediaries, and while they do their best to answer questions while engaged in normally frenetic front-line routines, they need support.

The New Age solution for public use deployed at Buckhead and Rocky’s is an Android tablet with an interactive app. The app provides all the basic information about a particular beer, including the name, brewery, style, alcohol content, bittering units and color. When a keg is blown and a different one is tapped to replace it, a single update on the administrator’s master console suffices; no more erasures, cross-outs or paper beer lists falling weeks out of date — or blurred beyond recognition after being used as coasters.

Tisha Gainey is the woman behind the app. Her inner beer aficionado impels the outreach, rendering the app comprehensible, and enabling first-timers and grizzled veterans alike to learn more about the beer styles on offer.

In 2011, Gainey became Beverage Director for all the Buckhead and Rocky’s locations. She’d midwifed the regional craft beer scene explosion while working as a wholesaler rep in Southern Indiana (and briefly in Kentucky), and her insider’s view of all sides of the issues facing on-premise operators like Wes Johnson and Mike Kapfhammer hardly escaped their notice.

“They wanted me all to themselves,” explained Gainey one morning at Buckhead as she guided me through the app’s uses. When Gainey came aboard, she brought her existing skill set in sales and found that many elements for an expanded beer program already were in place, including plenty of tap handles, management enthusiasm and at least one pioneering employee, Tony Revak.

“Tony’s a huge reason why there’s craft beer here,” she said, adding that a better way of organizing beer selections was her mandate from the start, taking the experience and observations of workers like Revak into account.
The Android app was in development, but practical input was required for it to be more than just an electronic gimmick. Gainey’s question was deceptively simple: “What would I say (to educate customers) if I were there in person?”

In its release and subsequent tweaking, the Buckhead and Rocky’s Android app facilitates triage. For the cautious Coors Light drinker looking to dabble, an app search for golden-colored, malty craft beer might lead straight to Kolsch (Schlafly makes a good one), American Wheat (though not the decidedly hoppy Three Floyds Gumballhead) or Blonde Ale, depending on what is available at the moment. If all three are pouring, the app helps the user build a flight of samplers.

What’s next for the app? Pie in the sky … or maybe the iCloud? There’ll be more interconnectivity with personal devices, reflecting the worldwide community of beer lovers drinking locally while thinking globally.

What it all means is this: When it comes to beer, the good old days are now.