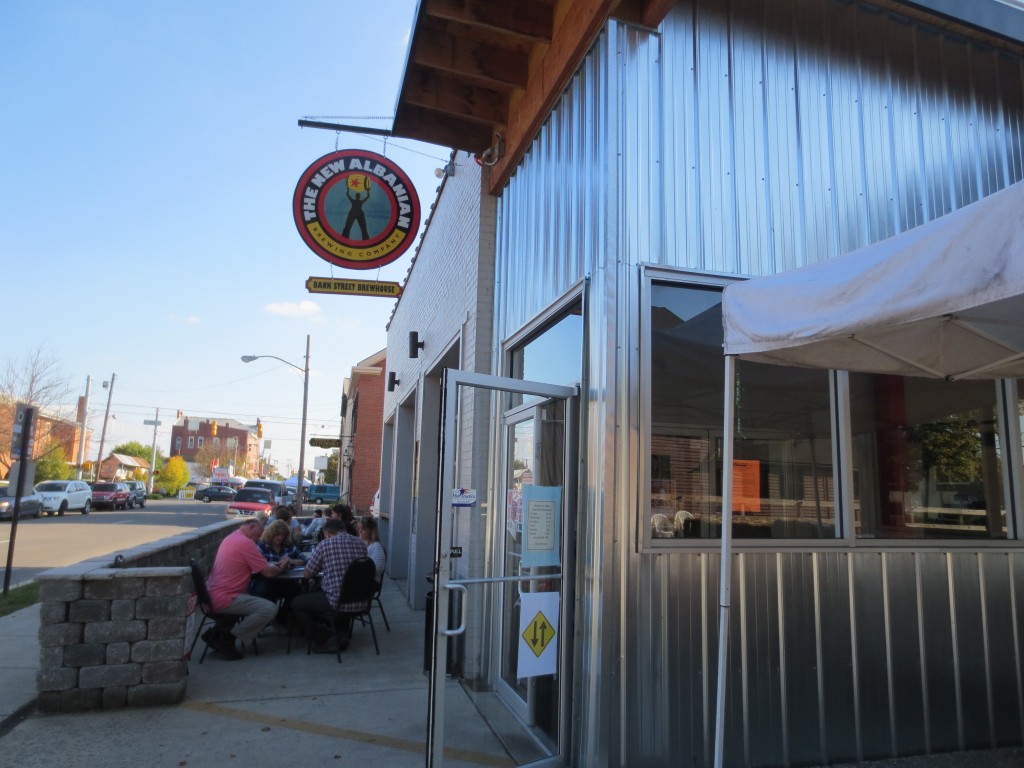 New Albanian Brewing Co. owner Roger Baylor has announced that effective tomorrow, Tuesday, May 13, he will suspend food service at his popular downtown New Albany restaurant, although the premises will remain open to serve beer while painting and remodeling commence.

The building at 415 Bank Street will “continue to function as the brewery’s downtown New Albany taproom,” Baylor said in the press release.

Baylor plans to continue to sell beer for consumption on site, as well as carry-out growlers and 22-ounce bottles.  “We’re planning an expanded souvenir shop,” Baylor said. “There may even be nibbles at some point, and we hope to play an ancillary role in animating a food truck culture in New Albany, but we don’t intend to be a restaurant as before.”

The New Albanian brewing operation and the original location at the Pizzeria & Public House on 3312 Plaza Drive off Grant Line Rd.will be unaffected.

Baylor said that the restaurant phase of his downtown operation has outlived its heyday. “We had a great five-year run at BSB, and did our bit to shepherd the process of revitalization in downtown New Albany,” Baylor philosophized.  “We actually accomplished many of our aesthetic and ideological goals, but now we need to indulge in some updating and reinvention of our own, because the targets have moved and the competitive climate is changing — as it pertains both to the food and drink scene in downtown New Albany, and the market for better beer at home and in the world outside. We need to change along with them, and so we will.”