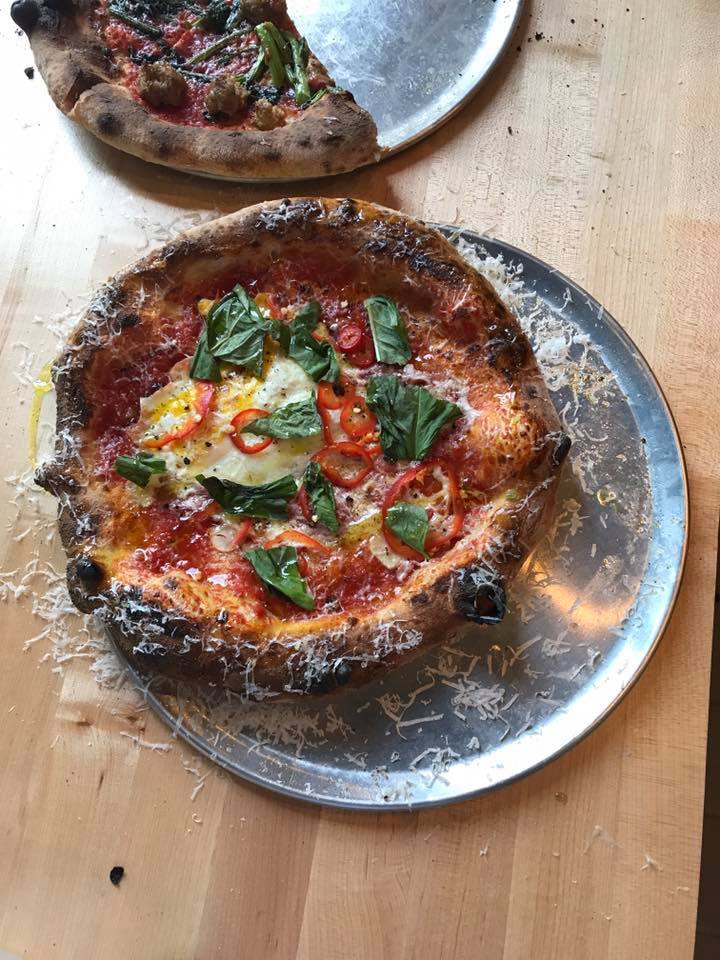 As promised to those who check out this site, there is again news of a new restaurant opening, news that appeared less than 24 hours after the most recent posting of new restaurants. Ryan Rogers, of Feast BBQ renown, is scheduled to open Bar Vetti, an Italian restaurant, Monday, Oct. 16  in the 800 Apartments.

Bar Vetti will be the latest new restaurant to feature Italian cuisine, joining ROC, Butchertown Pizza Hall, Lupo and Ciao as the most recent additions to the two dozen or so other Italian restaurants in the area. And, there is still the Germantown restaurant planned by the Gabriele family to anticipate.

Ryan Rogers has made a mark on both sides of the river with his Feast BBQ restaurants, and was an early area proponent of Nashville-style hot chicken with his Royals Hot Chicken in NuLu. His latest venture will try to bring some sophistication to the sort-of-dodgy area south of Broadway between downtown and Old Louisville — inevitably dubbed SoBro – and to add luster to the newly-renovated and upgraded, and already financially strapped  800 Building.

In a Courier-Journal story,  Rogers explained that he named his restaurant after one of the buildings uncovered in the volcano-destroyed city of Pompeii. “Vetti comes from the ruins of Pompeii,” Rogers said. “It’s one of the most well-preserved homes buried in the ash. They uncovered the home and it had these amazing frescos on the walls.” The implicit comparison of Pompeii and the fallen-into-desuetude-but-now-revitalized 800 Building is evocative, if a bit of a stretch.

Rogers and executive chef Andrew McCabe plan an Italian menu that is inspired by local products. Bar Vetti will initially open for dinner service only with a range of house-made pasta, pizzas and shareable plates. Like classic Italian cooking, Bar Vetti’s kitchen will focus on seasonally-available produce (no caprese salads without local tomatoes) and simple preparations to bring out the inherent flavors of ingredients.

The full bar of Bar Vetti will include at least six wines on draft, drawn from a keg, providing quality at moderate pricing. The restaurant hopes to draw customers from nearby downtown businesses, schools and Old Louisville residents.

To keep track of Bar Vetti’s progress, go to barvetti.com or the restaurant’s Facebook page, @barvetti.