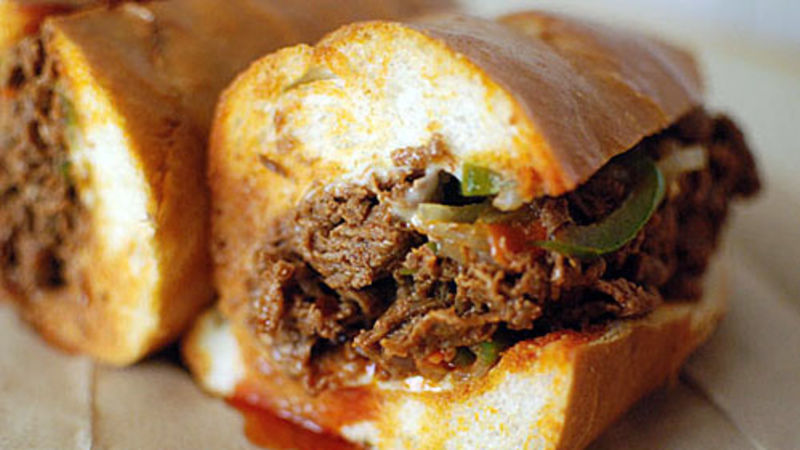 Many restaurants have employee turnover – meaning employees coming and going, but one Louisville restaurant has a different type of employee turnover. Humans have such an emotional connection to food, it’s no wonder that food shows up in metaphors, myths and spiritual symbolism time and time again. While spiritual upliftment can feed a person’s soul, the body still needs food to operate. Philadelphia native Reverend Barry Washington feeds both – and expected in August, Barry’s Philly Cheesesteaks & More will expand from their 7502 Preston Hwy location to a second location at 1161 Second St  in Old Louisville in order to better facilitate all the hungry souls and bellies. Although their hours were previously 11 a.m. to 7 p.m. Tuesday through Saturday, the restaurant is temporarily closed on Mondays and Tuesdays while they grow.

It’s been more than twenty years since Washington suffered being stabbed 41 times while dealing drugs and was illiterate, homeless and addicted to drugs, but he isn’t shy about letting people know where he comes from.  In fact, he goes out of his way to use his past to serve others, lifting them up as someone once did for him, when a Christian family invited him into their home to joyfully share what food they had with him. This act of kindness began a journey that led to Washington furthering his education and moving to Louisville to attend Southern Baptist Boyce Bible College.
Then, he started a church called Redeemed Christian Church and Ministries, where he held summer camps for kids to keep them off the streets. He knew some of the teenagers graduating high school would probably not attend college adn needed training,  so he promised to create a restaurant where he could teach them how to run it. He reached into his past again to do so. The owner of Garibaldi’s Pizza in Philadelphia knew he was on the streets and had drug problems but still hired him and taught him to make Philly Cheesesteaks. So, Washington carried forth that tradition and spent three years without a profit, giving young people jobs, serving up cheesesteaks, burgers and wings. He doesn’t see a separation between the restaurant and his ministry.
“I’m trying to show people you can be a reverend and have a business and create opportunities for people,” he said. “I hope to inspire more church leaders to create opportunities for people – build them back up. Hopefully with our franchise pursuits, we will inspire more people to realize they can own a business, too. We want to help them and train them.”
Now, his restaurant tables, website and Facebook page all tell his story or are a platter for serving up devotionals. (You can read more about Barry’s journey on the store web site or watch a great video about his work.)
His business may be food, but his ministry includes sharing devotionals online, giving away Thanksgiving turkeys or school supplies to needy families, and hosting free community dinners every four months where he feeds hundreds of people. He weaves his ministry into his hiring practices as well, hiring homeless people and people with felonies whenever possible. This kind of service has brought more business than just one location can handle (up to 750 sandwiches a day.) As his growth continues, Washington is looking ahead at potential franchising.