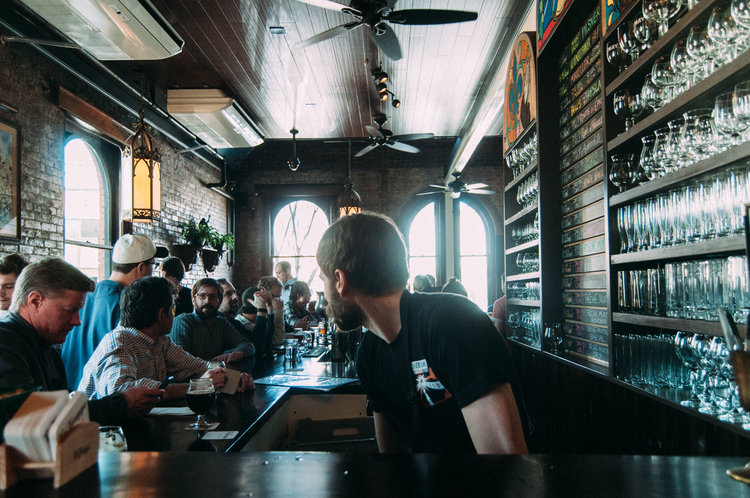 The Czechs know their beer cheese. Traditionally those afflicted with hunger and thirst could sniff their way from pub to pub, because the best beer cheese in Prague or České Budějovice advertised itself on the prevailing breeze — and where there’s cheese, there’s beer.

The term ‘Beer Cheese’ is literally translated from the original German word for the Weisslacker cheese, ‘bierkäse’. Weisslacker is a stinky mild cheese which got its name from Germans who would dip a hunk of it into a glass of cold beer. In Bohemia, Professor Laxa, an eminent cheese expert, first mentions a beer cheese recipe similar to today’s pivní sýr in his 1924 cheese book.

But Kentucky has a strong claim to New World prowess in beer cheese, as witnessed by the annual Beer Cheese Festival in Winchester, which returns on June 13, 2020.

Earlier this week the Courier-Journal surveyed the Kentuckiana beer cheese scene, including a digression into the great Hot Versus Cold Debate.

A majority of local restaurants serve the popular appetizer cold. Why? Because beer is cold, therefore beer cheese should be cold, according to Mandy Jo Gunter, a bartender at Flanagan’s Ale House, 934 Baxter Ave., where the beer cheese recipe is said to be a Louisville favorite. The cold beer cheese melts as you dip the hot pretzel into it, Gunter said.

Holy Grale at 1034 Bardstown Road in the Highlands also serves its beer cheese cold because it’s spreadable. “There is something about the sensation of dipping a hot pretzel in cold beer cheese,” said executive chef Andy Myers. “Warm beer cheese is just not the same thing.”

The C-J’s Louisville beer cheese guide includes 12 establishments in metro Louisville that offer beer cheese appetizers. Food & Dining Magazine isn’t taking sides as to the best, primarily because we have too much fun trying them all. However, we ask you, the reader: What’s your favorite?