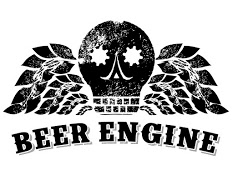 If you know the process of any new restaurant opening, you’re likely aware that physically opening the facility often happens faster than the civic approval process.

Such is the case with Beer Engine, the microbrewery from Danville, Ky., that wants to open a second unit in Germantown in the old Zeppelin Café (1036 East Burnett, cattycorner from Check’s Café).

Brian Holton set out to launch the business last August—before learning that opening a restaurant there was one thing, and an actual brewery was an entirely different matter.

To make that happen, Holton and business partner Ian Lujik would have to do a fair bit of reconstruction to set up a brewing facility there.

But that wasn’t the snag. Civic leaders said the combination of brewing on site and then serving beer by the glass was the real problem, meaning it had to be rezoned from a C1 business to a C2 enterprise.

That news immediately took the steam out of Beer Engine’s progress, forcing its owners to switch to a new track that included visits with multiple city councils, neighborhood councils and ultimately the Metro Council in order to get approval to build a brewpub there.

The good news is all agreed that it was a good idea.

The bad news was it pushed the project back by at least half a year.

So, despite Beer Engine’s owners hoping they would be in operation this summer, it looks as though the operation may be up and running by the end of this year.

And what a great place in which to open up. Despite some operational struggles, Zeppelin Café was a cool place in an exceptional location.

The Germantown-Schnitzelburg area is becoming one of the city’s top neighborhoods for first-time homeowners, particularly people in their 20s and early 30s: the prime age for craft beer drinkers.

Plus, there are multiple watering holes and eateries thriving in the area: old standards like Check’s, Come Back Inn and Flabby’s (in its fourth life, right?); as well as newish ones like Hammerheads, Four Pegs, Eiderdown and Danny Mac’s.

So when Beer Engine finally makes it to the station, no doubt a crowd of happy beer drinkers will be there when it rolls in.