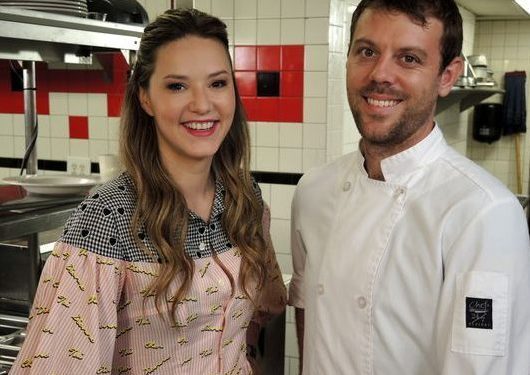 Several weeks ago F&D  reported that a Cooking Channel TV show was filming in Louisville.  Monday, Sept. 1, those of you who watch such stuff can see the results on “Bite This,” hosted by someone called Nadia G., who first came to a modicum of what passes for fame on TV food shows with another so-called cooking show, ‘Bitchin’ Kitchen.”

In Louisville, Nadia and her crew visited Milkwood to sample some smoked pork shoulder, Harvest to dig into a bowl of burgoo, and Eiderdown, whose dish was not described on the press release.

Said press release does describe the show, however, as “an unparalleled fusion of food, travel and comedy…featur[ing] the coolest chefs, hidden gems and signature flavors that serve as the backbone of the vibrant culture in each city” that they visit.

To see all the cool, hidden and signature stuff sassy Nadia G found in Louisville, tune in Monday Sept 1 at 9 p.m. on the Cooking Channel.