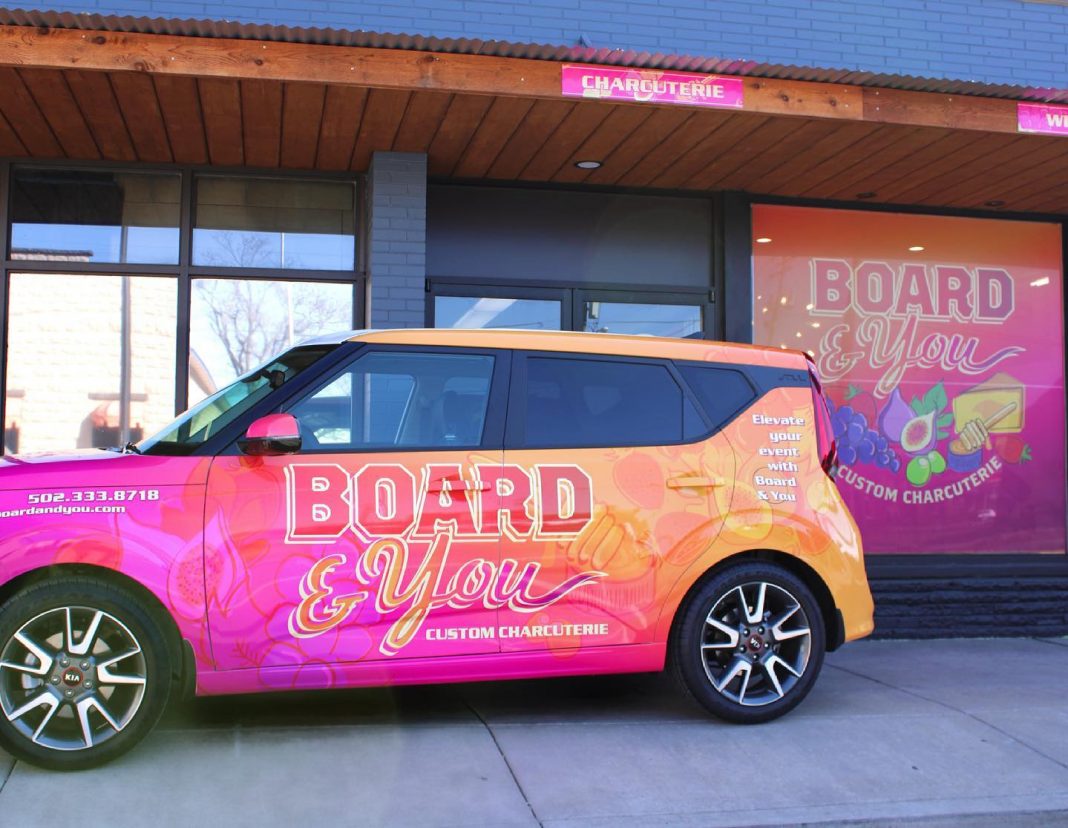 For a cloudy Tuesday, two New Albany news items for the price of one.

Leading off, Board & You Custom Charcuterie opened yesterday. Think of it as the bricks and mortar evolution of the Instagram-friendly “curated boards” that preceded the restaurant in the same building (see our post “Board and You Bistro & Wine Bar prepares to broaden the charcuterie in New Albany” from July, 2020). For more about what the new spot will be offering, its Facebook page is effusive.

Board and You expands with new cheese and wine shop, by Haley Cawthon (Louisville Business First)

Board and You will open its boutique-style cheese shop, Board and You Custom Charcuterie, on Monday, March 22, in New Albany, Indiana. The new retail space at 428 Pearl St. is located next door to the company’s restaurant, Board And You Bistro & Wine Bar, which opened in July 2020.

Then on Monday evening the News and Tribune’s Daniel Suddeath scooped everyone with this story about a new tenant for the space on East Market that formerly housed Adrienne & Company.

Terri Lynn’s Catering by Design has been serving savory selections for over two decades, but a new chapter for the Southern Indiana business is slated to begin in a few months.

Owner Terri Lynn Doyle is planning a June opening for a cafe concept at 133 E. Market St. in downtown New Albany. Terri Lynn’s Cafe and Catering will occupy the space that was vacated in January by Adrienne & Co. Bakery Cafe.

For the record, Terry Lynn’s will be the sixth commercial occupant of the historic downtown building at 133 E. Market since renovation was completed circa 2006. Known as the Wilcox Block, the structure dates to the 1840s.