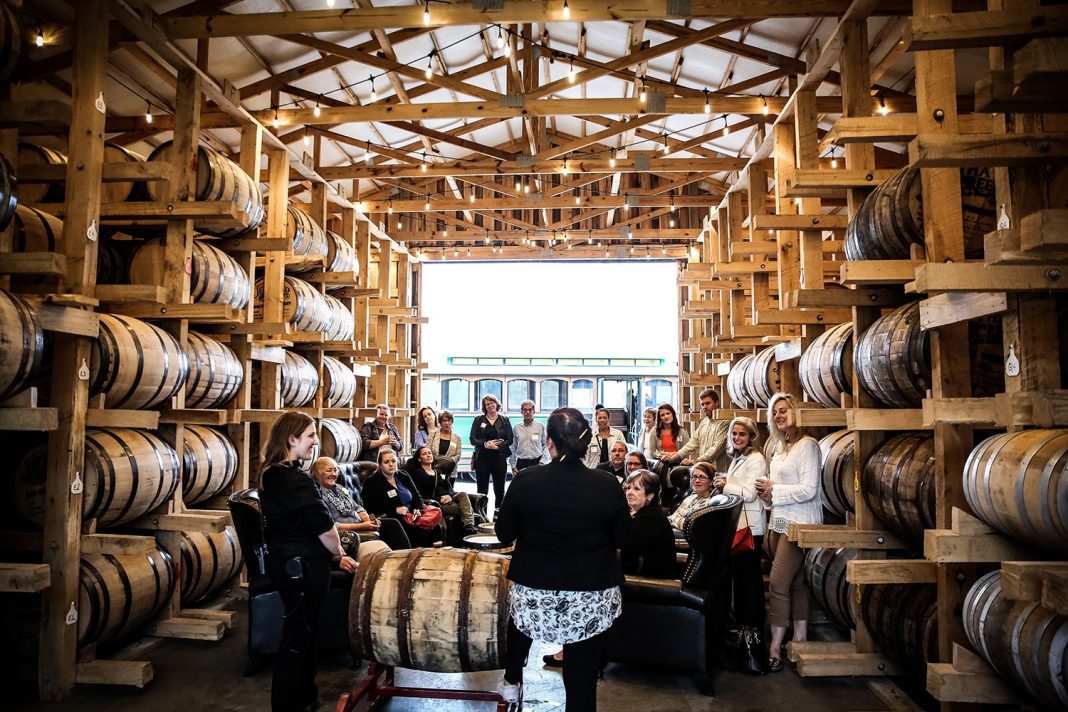 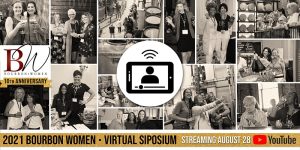 The Bourbon Women Association is celebrating its 10th anniversary. Since its beginning in Louisville in 2011, it has grown to having members in 38 states. (Disclosure: I am a member and a former board chair.) This year’s annual SIPosium conference being held at the Hyatt Regency downtown sold out within a week of registration’s opening. But the good news is that even if you are not a member, you can attend many of the events virtually.

Tickets include access to an online auction that contains such items as cocktail kits, barware, swag packs, and very a rare bottle of Old Oscar Pepper Bourbon that was distilled in 1911.

The stream is not live. Content will begin at noon on Saturday, 28 August and tickets for access to the content are $10 each. (Yes, you must be 21 to participate.) For many more details and to purchase tickets, go to https://www.eventbrite.com/e/2021-bourbon-women-virtual-siposium-tickets-165839142339. 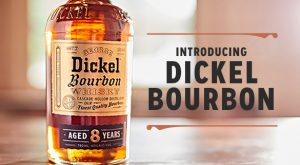 Tennessee whiskey, in case you didn’t know, differs from bourbon in that there is one more step to making it– sugar maple charcoal filtration – that happens before going into the barrel to age.  This Lincoln County process, as it is called, and the fact that many Tennessee whiskeys such as Jack Daniel have a much higher corn content in their mashbills than bourbons do, helps make the difference.

Now one of the biggest makers of Tennessee Whiskey, the Cascade Hollow Distilling Company of Tullahoma, has added a bourbon to its line-up of George Dickel Tennessee Whisky and George Dickel Rye. Dickel Bourbon is eight years old and bottled at 90 proof. Suggested retail price is around $32. For more details: https://www.georgedickel.com.

The Black Manhattan at Bourbons Bistro

The Black Manhattan was the creation of Todd Smith, the bartender at San Francisco’s Tenderloin neighborhood’s bar, Bourbon & Branch. Smith’s 2005 innovation was to substitute Averna amaro for the sweet vermouth that is traditional to a Manhattan. And he used orange bitters in addition to the standard Angostura bitters. By the way, his base spirit was the historically traditional rye rather than the bourbon that seems to be more often encountered in Manhattans these days. 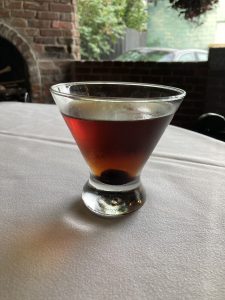 Mike Downs, the excellent bartender at Bourbons Bistro (http://bourbonsbistro.com), puts his own stamp on the drink. His base spirit is a Tennessee whiskey – Uncle Nearest 1884. And he replaces the Averna amaro for Sibona’s. The latter hails from the Piedmont region of Italy and contains 34 different botanicals including orange peel, clove, rhubarb, and gentian. The result is a complex, slightly bitter, slightly sweet, slightly spicy sip well worth sampling.

Combine ingredients in a mixing glass with ice and stir until well chilled. Strain into a cocktail glass and garnish with a Luxardo cherry.