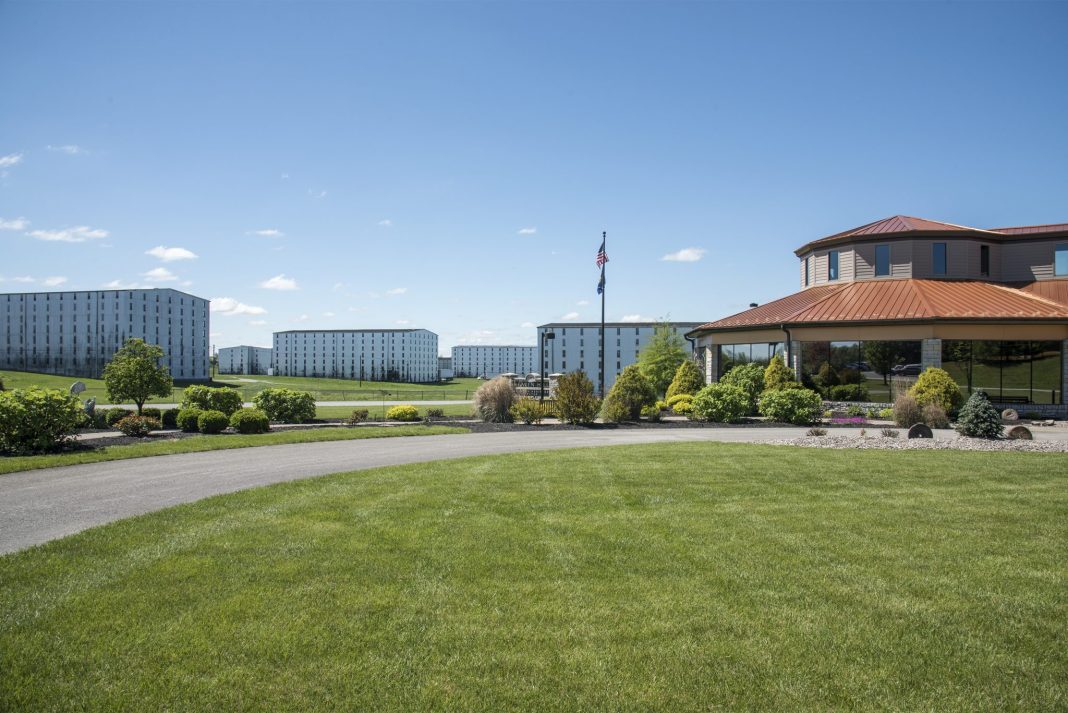 Buzzard’s Roost Sippin’ Whiskey is a rye brand developed by Bourbons Bistro proprietor Jason Brauner. He serves as the master blender, choosing barrels that are at least three years old from distillery MGP in Lawrenceburg, Indiana and then transferring the whiskey to new barrels that have been heavily toasted and lightly charred. These are further aged in Kentucky for an extra three months or more.

Brauner’s method apparently pleased the palates of the judges at last month’s prestigious San Francisco World Spirits Competition where the Buzzard’s Roost Single Barrel Straight Rye Whiskey won a Gold medal. With a mashbill of 95% rye and 5% malted barley, it is a remarkably smooth sip at 105 proof and exhibits complex layers of herbal rye, vanilla, cherries, cinnamon, a dash of cloves, a light caramel and sweet oak finish. 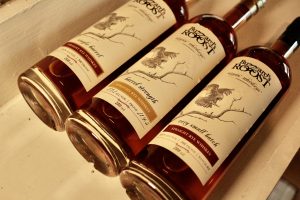 “Our goal with Buzzard’s Roost is to provide a unique experience with every release,” said Louisvillian Judith Hollis Jones, President and CEO of Buzzard’s Roost in a press release. “We have several new releases in the works and look forward to crafting more award-winning whiskey.”

In addition to the Single Barrel, Buzzard’s Roost is also available in very small batch (also 105 proof) and two cask strength expressions (113.4 and 114.2 proof). Retailing for $50 to $80, they can be purchased at local retailers including the Wine Rack, Old Town Wine and Spirits, and Westport Whiskey & Wine, as well as by curbside pickup at Bourbons Bistro, 2255 Frankfort Ave.

Speaking of barrel proof, Heaven Hill Distillery has just released a limited bottling of two of its barrel proof bourbons. Both the Elijah Craig Barrel Proof (127.2 proof) and Larceny Barrel Proof (122.2 proof) are bottled without chill filtration. Released three times a year – January, May, and September – each batch is different, though the mashbills remain the same. 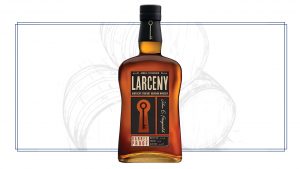 For more information, go to www.heavenhilldistillery.com.

The Uptown Café, 1624 Bardstown Road (502-458-4212, www.uptownlouisville.com), is one of many venerable Louisville restaurants offering curb side meals pick-up while its dining rooms are closed. Most menu favorites, including the restaurants famous desserts are available, as is wine by the bottle and mixed drinks. Alas, while the Uptown’s excellent Manhattan is pre-mixed, a signature cocktail, the Kentucky Gimlet, currently is not. But don’t worry, here’s the recipe so you can make the tart/sweet refresher at home as a preamble to your Uptown Café salmon croquette or Jaegerschnitzel take-out. It’s an exceptional warm weather sip.

(May 15 correction: The curbside Manhattans are pre-mixed. They are actually made to order, just as if you were seated in the bar. By the way, Woodford Reserve bourbon is used). 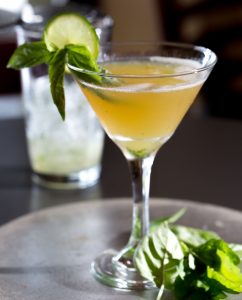 Add lime juice, syrup, and basil leaves to a shaker and muddle. Then add bourbon and some ice and shake well. Strain into a chilled cocktail glass and garnish with a slice of lime.

Note: If you don’t want such a hefty drink, merely scale back the proportions.