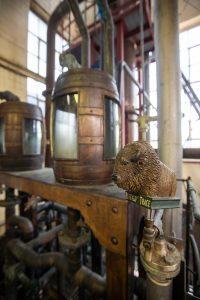 Among the many closures due to the pandemic have been Kentucky’s bourbon distilleries. While some have welcomed back visitors on a limited basis, others have remained closed. Frankfort’s Buffalo Trace Distillery has chosen a middle ground by offering virtual tours with a live stream every Wednesday at 2 p.m. EST. These “Whiskey Wednesdays” have been seen by more than 3.6 million viewers worldwide since they began in May.

These are unscripted, live programs hosted by rotating staff at the distillery, including Master Distiller Harlen Wheatly and Kentucky Bourbon Hall-of-Fame Tour Guide Freddie Johnson. They take viewers to corners of the distillery not usually on in-person tours and include live tastings and insights into the distillery’s 245-year-old history and its production process.

The distillery plans to continue these virtual tours into 2021, but looks forward to welcoming visitors back once we are past the pandemic. 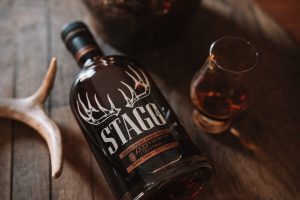 Twice a year Buffalo Trace Distillery releases the highly allocated, barrel strength Stagg, Jr. and this year’s winter release is just out. As in the previous releases, it’s uncut, unfiltered, and aged more than eight years. This batch’s proof is 131.1. Tasting notes given by the distillery describe it as having “… vanilla bean and salted caramel front and center on the nose, cherries, cinnamon and oak on the palate, and a long finish of toasted vanilla, pepper, coffee and hints of sweet mint.”

The suggested retail price is $49.99, but this is one of the “unicorns” that are often marked up, in spite of requests from the distillery not to do so. Your best shot at tasting some would be to order a pour at a reputable bourbon bar. 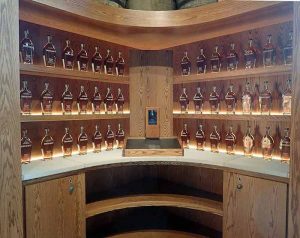 The web sites of these producers are gearing up to accommodate these sales, so orders can be made online. Residents of those states are permitted access because Kentucky has reciprocity agreements with each, and so we can order from producers in those states and D.C. (Hello? When can we get agreements with California, Oregon, and Washington state? Not to mention Illinois, New York, and Virginia? And the rest of the country for that matter?)

Nonetheless this is progress. Know that the U.S. Postal Service cannot ship alcohol, but UPS and FedEx can. But please give them some time to ship those other in-demand liquids, the ones in the little vials, for a few weeks.

For more details about what can be shipped where, see the Kentucky Distillers’ Association website, https://kybourbon.com/wp-content/uploads/2020/04/HB-415-Summary.pdf.