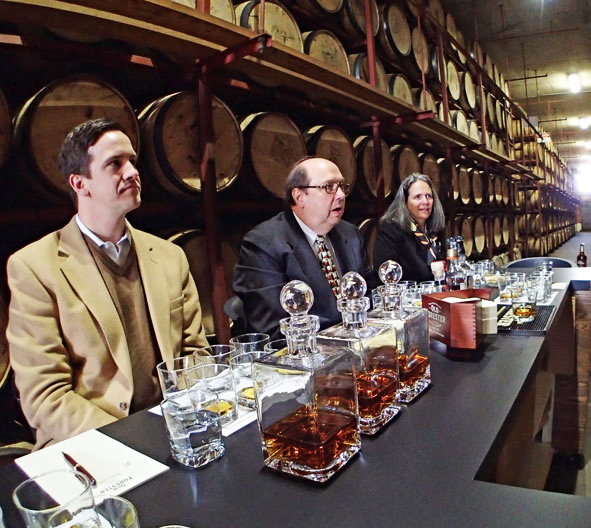 For the first time in 40 years, Brown-Forman is selling entire barrels of its iconic Old Forester bourbon to customers who’d like to have, say, 220 bottles labeled as their very own.

Pricey, right? But divided by 220, that’s about $34 a bottle, which is a bit below shelf price for premium bourbon.

Still not in your budget?

“It doesn’t have to be one person, it can be a syndicate of friends if you like,” said master distiller Chris Morris, who oversees the company’s Woodford Reserve and Old Forester brands. One department of staffers at B-F is teaming up to buy its own, and the Kentucky Bourbon Society is discussing doing the same. “There is some buzz already about the program since word leaked out. So we’re already hearing from several retailers who want to buy one for their stores.”

Mac Brown, a B-F vice president, got the first one Thursday, and said he plans to give a good bit of his bottles away.

“This is really special, so sharing it will be a lot of fun,” said Brown.