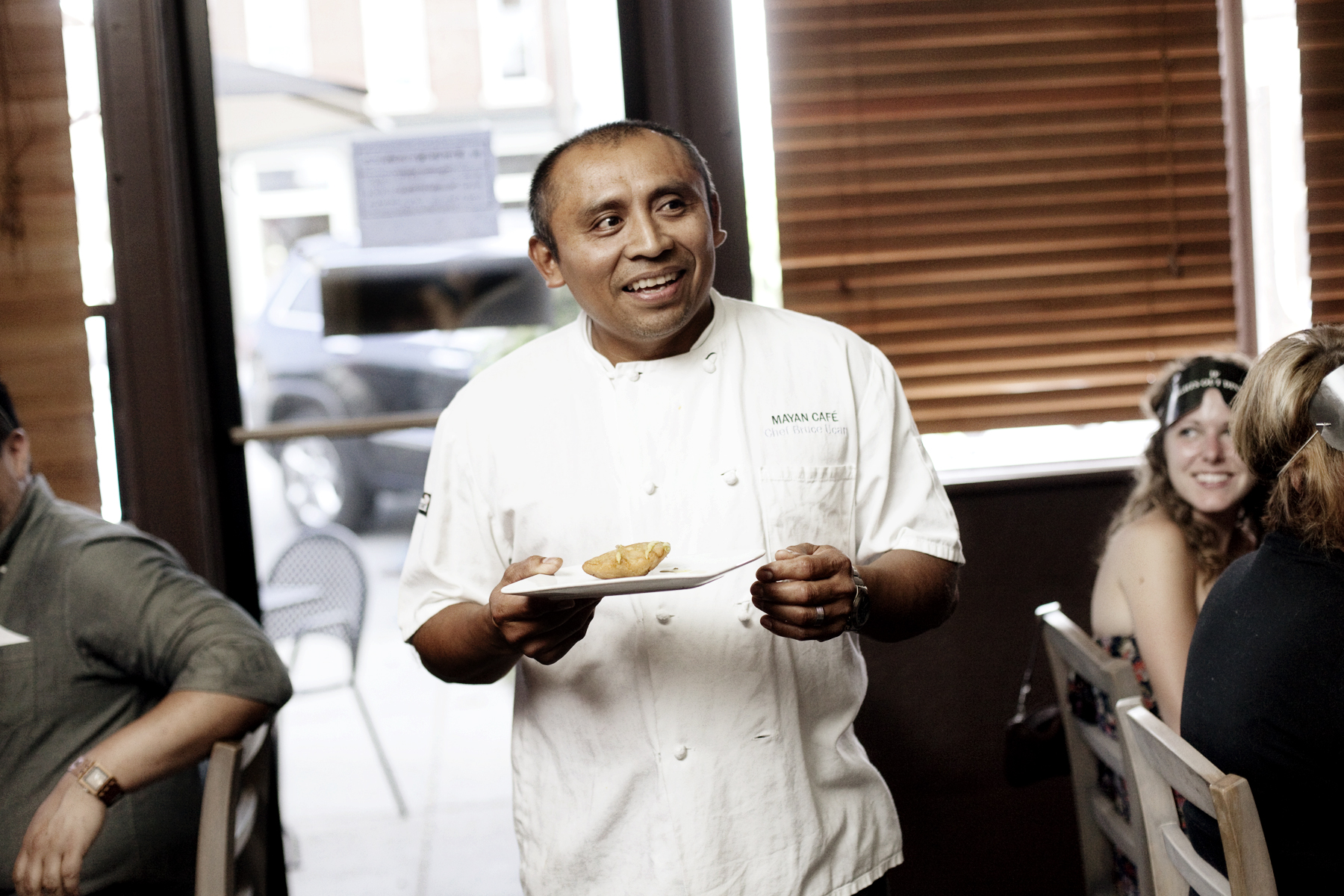 The Latin Kitchen, a popular web site devoted to the cuisines of Latin America, has published a long interview with Bruce Ucan, chef and owner of The Mayan Café, E. Market St. Ucan is described accurately as “neither a food festival regular nor a TV cooking contest judge; in fact, he is actually in the kitchen at his popular Mayan Café restaurant six nights a week, serving the best Yucatecan cuisine you’ve ever had.”

In the interview Ucan discusses his family background, his entry into the restaurant world via a food truck (one of the first in the area), the variety in regional Mexican cuisine, his insight into the impact of electoral politics on the food culture of the U.S., and his love of pasta.

The entire interview can be found here.