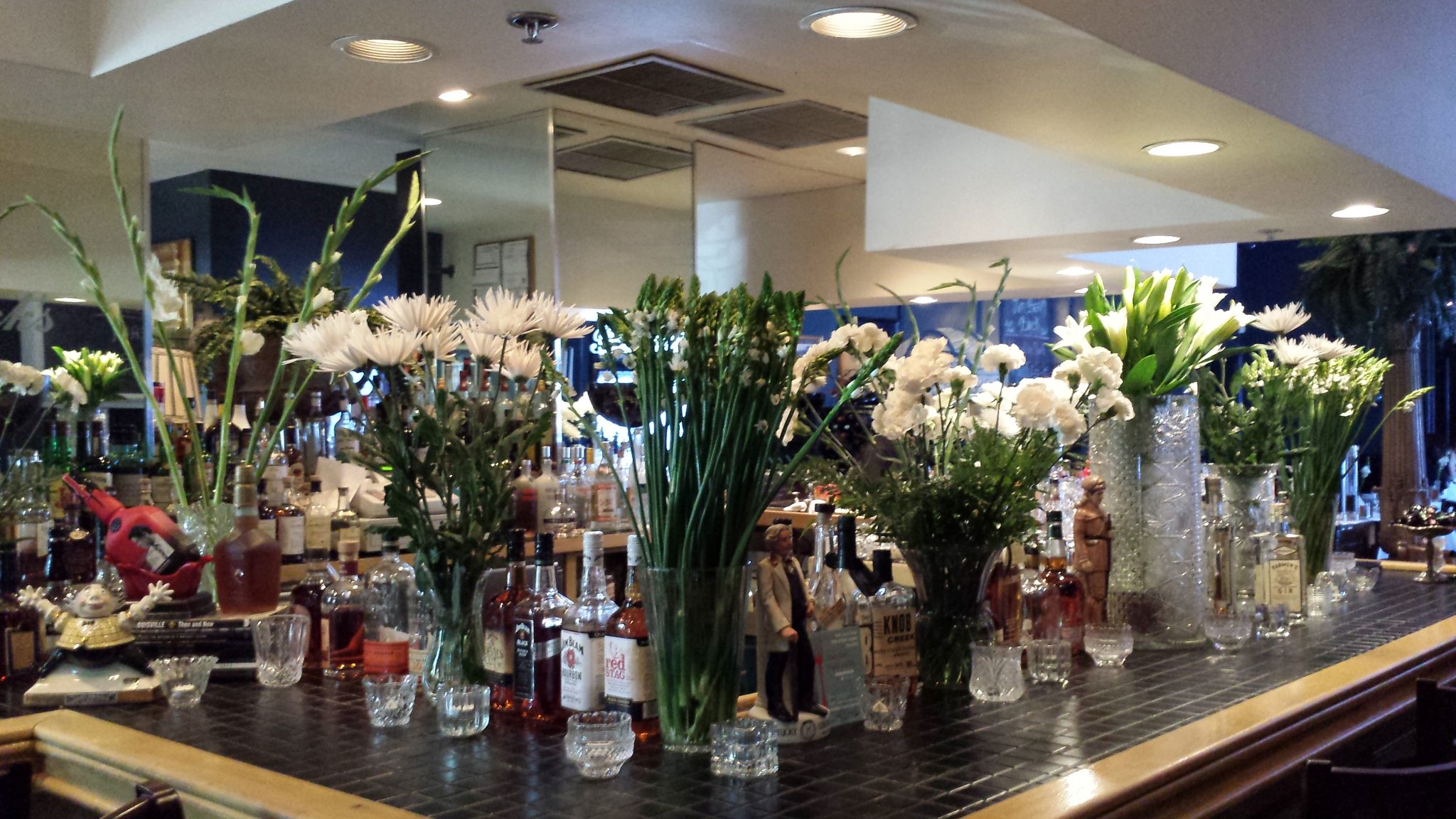 During the 1980s, the roomy, elegant dining space on the ground level of The Mayflower apartment building at 425 W. Ormsby Ave. saw a rather rapid succession of restaurants come and go. The full roster of businesses that tried to make a go of it there is engraved on a plaque at the entrance to Buck’s, the business that finally took root, and has survived in its present incarnation since 1992. Buck’s is marking its 25th year in business this year.

Fine dining with an ambiance of luxe unpretentiousness has always been the formula that has kept Buck’s in the game. The Mayflower building has a certain stolid Old Louisville-at-its-finest appeal, and Buck’s interior, from the flower-filled bar to roomy dining room with space between the tables, to the hushed atmosphere – with smooth jazz piano provided by Rick Bartlett – continues to be a go-to place for pleasant weekday lunches and special event dinners, with consistently good food prepared for both.

Hensel “Buck” Heath took over the space in 1992 after a long string of short-lived ventures. Buck became the soul of the restaurant, which has maintained a strong kitchen staff with minimal turnover at the top. Heath sold the business to Curtis Rader, but he remained on as host until recently being diagnosed with cancer. A recent 25th anniversary dinner was a fundraiser for the American Cancer Society.

Current Chef Colter Hubsch has kept the long-standing menu, while slowly tweaking some things to reflect his personal food interests. Standard fine-dining choices like beef filet remain popular, as is the signature entrée, the crispy fish – cod simmered in sesame oil, bell peppers and red onions, then topped with a spicy-sweet chili sauce and served over jasmine rice. It has been a menu standard from the start, as has the mocha genoise dessert that was recently featured in Saveur magazine.