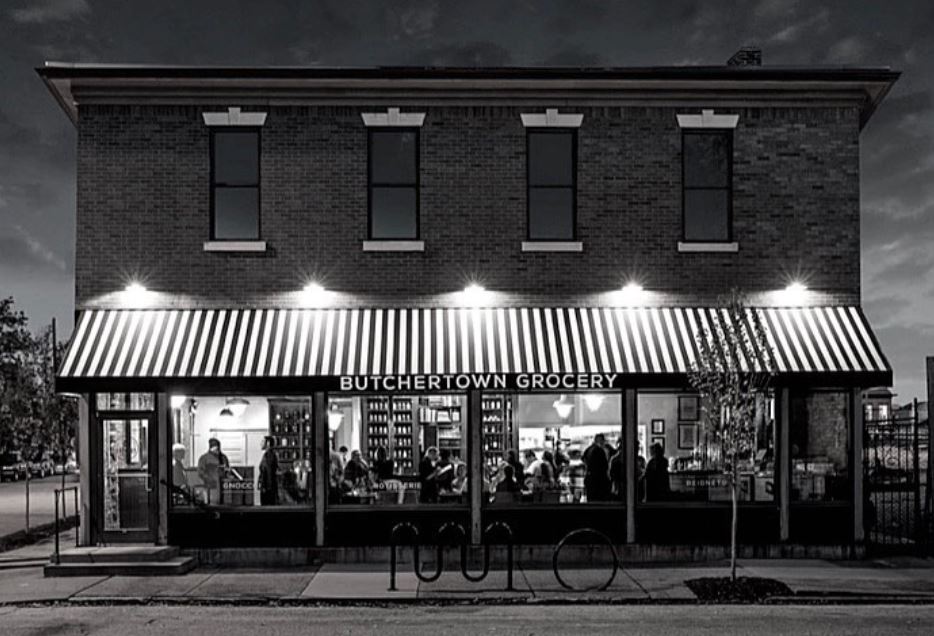 Sad news came across the wire on Friday afternoon when Butchertown Grocery revealed it would not be reopening. Louisville Business First’s Haley Cawthon has the scoop.

Butchertown Grocery announced the indefinite closure of its Washington Street restaurant Friday afternoon. The eatery, which opened in late 2015 to rave reviews, has been closed to dine-in business since the start of Covid-19 in mid-March 2020.

According to a news release, Bobby Benjamin, one of Butchertown Grocery’s founding partners and its executive chef, has accepted a job outside of Louisville, and the restaurant’s plans to reopen with the easing of pandemic restrictions, starting earlier this month, have been put on hold.

However, Butchertown Grocery’s newer half will persevere.

While the future of the acclaimed restaurant is uncertain, Butchertown Grocery Bakery will remain open. The cafe-style concept opened in fall 2019 at 743 E. Main St., serving freshly made breads, pastries, salads, sandwiches, craft beers, bourbon by the bottle and a full-menu of espresso and custom-blend coffees.

Quantum mechanics established long ago that one person could not exist in two places at the same time, but Chef Bobby Benjamin still had to learn this lesson the hard way. Benjamin was the executive chef at La Coop until the downtown restaurant closed in 2014. He then found himself working at Union Common in Nashville while his wife, Hannah, and their baby daughter, Copeland Pearl, stayed in Louisville. When Benjamin was in one city he often found himself thinking about what was going on in the other one. This dilemma was solved at the end of 2015 when Benjamin opened the Butchertown Grocery with attorney Jon Salomon and musician Patrick Hallahan, the drummer for My Morning Jacket.

The quest for The Grales begins tomorrow