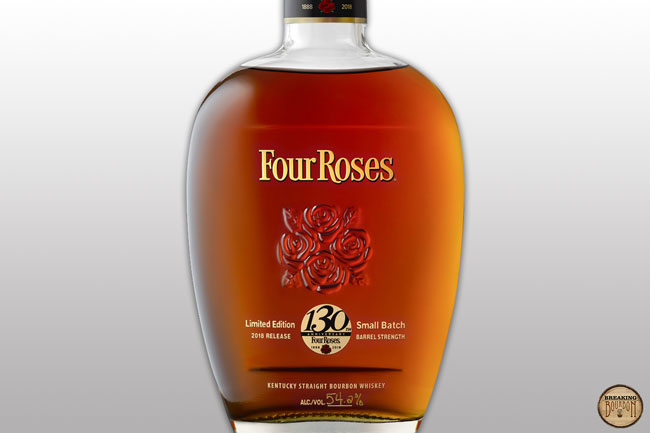 For the 14th year in a row, Four Roses is sponsoring the Kentucky Derby Festival Great Steamboat Race, that pits the Belle of Louisville against the Belle of Cincinnati in a race down the Ohio River tonight.

A list of participating locations can be found at fourrosesbourbon.com/blog/steamboat/.

On board, two different Four Roses Single Barrel Bourbons, hand-picked by Four Roses Master Distiller Brent Elliott, representatives from the Kentucky Derby Festival, the Belle of Louisville and the Belle of Cincinnati, will be served on each vessel during the event. The Four Roses Great Steamboat Race Commemorative Single Barrel Bourbons will also be available in limited quantities for purchase at select Kroger Wine & Spirits locations, while supplies last.

Established in 1888, Four Roses is the only Bourbon distillery that combines two mashbills with five proprietary yeast strains to distill and age ten distinct Bourbon recipes, each with its own unique flavor profile.The Four Roses barrel coded 29-3 H was chosen as the Bourbon to represent the Belle of Louisville and the barrel coded 29-2 N was chosen to represent the Belle of Cincinnati in the 2019 Great Steamboat Race.

“I’m looking forward to sharing both of these Bourbons with those celebrating the Great Steamboat Race with us on board and on land,” said Four Roses Master Distiller Brent Elliott. “Each Single Barrel Bourbon chosen is from our OBSV recipe, so those tasting them can expect a robust, full-bodied flavor, with a smooth, long finish.