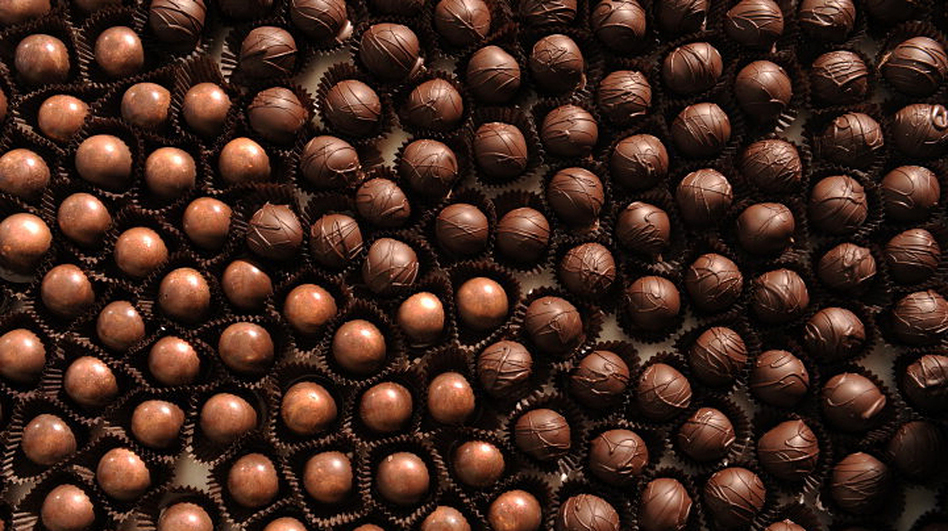 Erika Chavez-Graziano has been making luscious chocolate confections for seven years, but she has not been making chocolate itself. Like many small chocolate shops, Cellar Door buys pre-made, high-quality chocolate, known as couverture to use as a base for the company’s fancy candies, which are sold across the country as well as locally.

Now, Chavez-Graziano is investing to buy equipment to turn cocoa beans into pure chocolate, which she will install in her production facility in Butchertown Market, 1201 Story Ave. The full installation may not be finished until the end of May, she said.

By making chocolate from scratch themselves, “we have more control over the flavors,” Chavez-Graziano said. “We intend to develop our own recipes.”

Cellar Door Chocolates can do that by varying the amount of milk, sugar, cocoa butter and other ingredients that are mixed into its batches of chocolate. In addition to the finished chocolate product, the company will be able to use and sell by-products, such as cacao nibs and cocoa powder. Also, the husks that cover the cocoa beans can be used in tea or composted, Chavez-Graziano said.

Chavez-Graziano plans to tap into her network of wholesale clients across the United States to sell the cocoa powder and nibs. About 50 of those clients are in Kentucky, including the Louisville-based Paul’s Fruit Market chain.

She also hopes to sell to restaurants, she said, and to benefit from the local food movement.

One factor in her favor is that no other business in Louisville makes its chocolate from scratch, Chavez-Graziano said. “It’s nice to have the corner on the market.”

Chavez-Graziano has closed her Jackknife Cafe in Butchertown Market, which sold sandwiches, soups and pastries. She plans to renovate the space to focus on selling bite-sized specialty brownies and hot chocolate. Limited lunch options will still be available when Jackknife Cafe reopens.

Seth Kinder is the new executive chef at Barn8