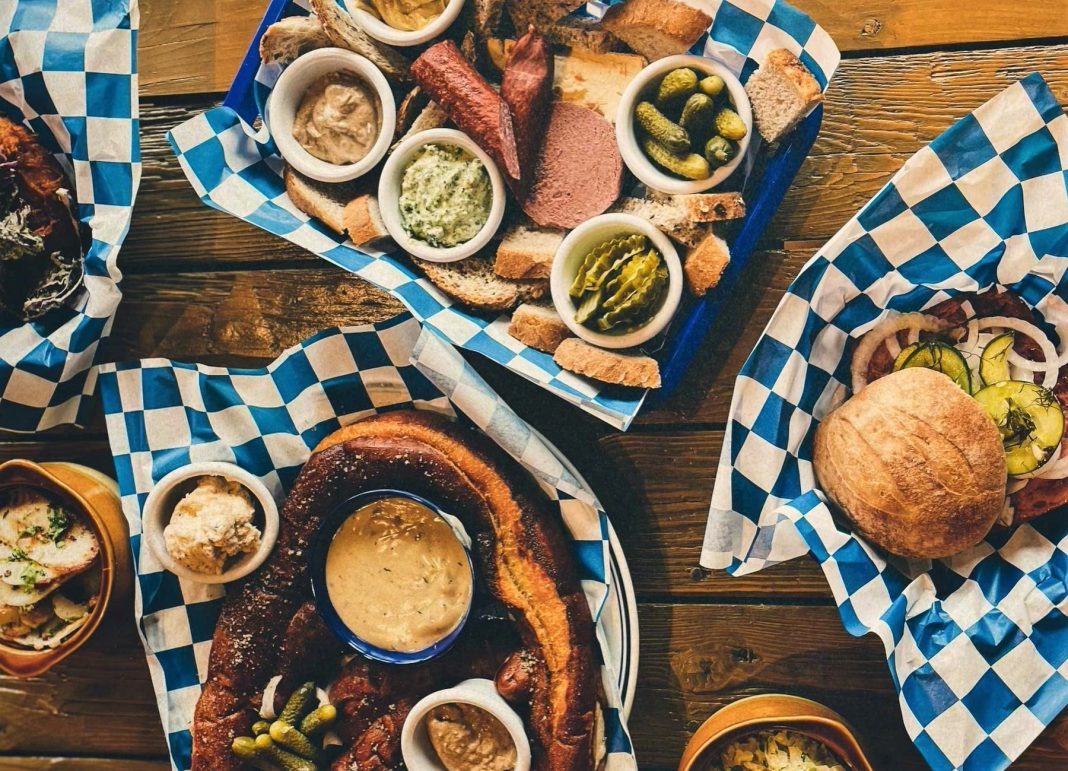 Common Haus Hall, located at 134 Spring Street in downtown Jeffersonville (a block and a half from the Big Four Pedestrian Bridge), has opened for business.

After a few soft openings earlier (last) week, which included a smaller menu than the current one, Common Haus is now “quietly open,” Exum said — technically in another soft opening due to construction work, according to the restaurant’s Instagram — but still welcoming customers. Reservations are strongly encouraged.

The News and Tribune’s building is just down the street.

The first floor is a traditional restaurant, which (owner Joe) Phillips describes as “kind of like Grandma’s kitchen.”

“Those style of Bavarian and German restaurants always spoke to me,” Phillips said.

The second floor is modeled after a beer hall. It is a large space with many windows, and it features a long table that serves as a “common table” “to get everyone together after we’ve been separated for so long,” he said.