‘It’s not easy to start over in a new place,’ he said. ‘Exile is not for everyone. Someone has to stay behind, to receive the letters and greet family members when they come back.’
― Edwidge Danticat, Brother, I’m Dying 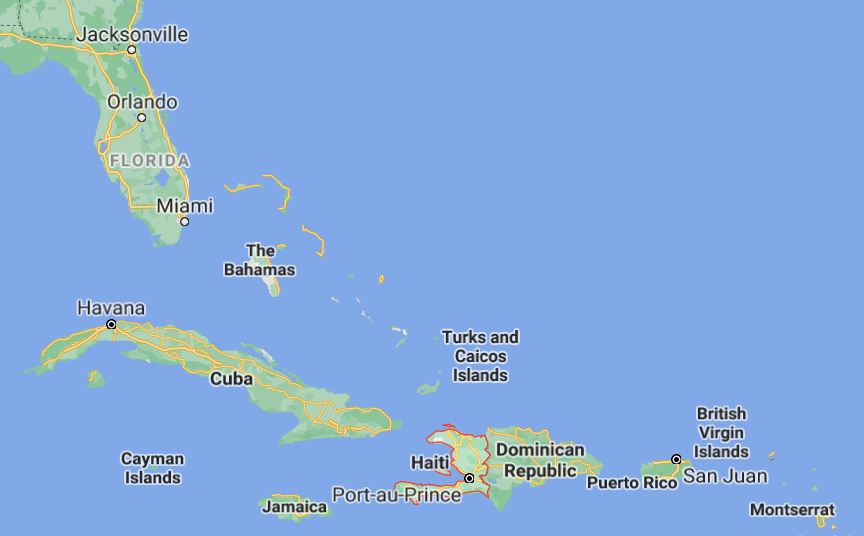 In July the Caribbean nation of Haiti reentered the news cycle, and as oft times before, it was because something had gone wrong (in this instance, the assassination of the president). Sadly, for more than two centuries Haiti’s post-Colonial experience has often been tumultuous.

The colonial economy of Saint-Domingue was based almost entirely on the production of plantation crops for export. Enslaved African workers grew sugar in the northern plains around Cap Français, for example, and coffee in the mountainous interior. The slave system in Saint-Domingue was regarded as one of the harshest in the Americas, with high levels of both mortality and violence. To supply the plantation system, French owners imported almost 800,000 Africans to the colony (which, by comparison, is almost double the number of Africans carried to North America).

But here’s the gist of it.

One of the most notable aspects of Haitian history is that the nation is the only one to have emerged as the result of a successful slave rebellion.

Diaspora is defined as “the dispersion of any people from their original homeland,” and since 1990 the Haitian immigrant population in America has more than tripled in size. Given Haiti’s history of French colonialism, it comes as no surprise that Haitian Creole is a French-based creole language; the word creole meaning “of mixed European and black descent, especially in the Caribbean,” and applicable to human beings themselves as well as aspects of their culture.

Did you know about Creole Restaurant? Until yesterday, I didn’t. Offering “Haitian and Caribbean” food, the restaurant is located at 6918 Southside Drive, near Iroquois Park in the South End, which to the uninitiated is Louisville’s traditional melting pot.

For a primer on Haitian food, see Haitian Food: A Culinary Travel Guide.

As with the country’s language, Haitian food has a sense of the Crèole, that is a blend of influences. Mixed roots and spices, basic yet zippy, simple and grounded by the reality of the tropics and the back-story of its African heritage, yet touched with a hint of French complexity.

Creole Restaurant is flying under the radar; I haven’t been, but if you go, let me know.