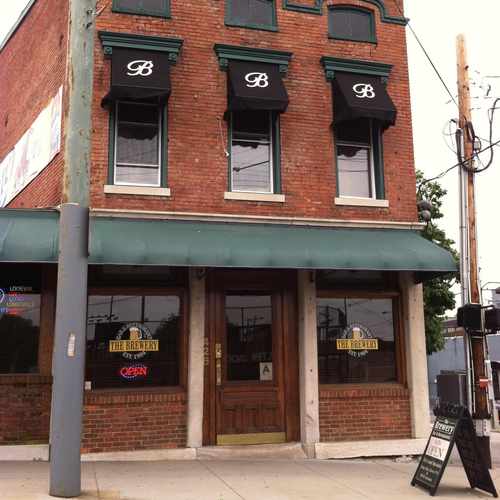 If you like The Brewery, here’s some great news: It’s going to get even better. Way better.

According to Corbett, the facility, owned by Dan Evans and Mike Ryan, is in fantastic shape and will receive only upgrades to its décor. That will begin when the group takes over April 1.

Thus far they haven’t settled on a new name or a menu, but according to Ward, the food will be very high quality but approachable at all price points.

Corbett said regulars of this iteration of The Brewery (it opened in 1984, closed in 1993 and reopened in 2012) can expect food, service and the atmosphere to be elevated to Jack’s Lounge standards. The bar will have a strong craft draft presence, but instead of being bourbon-centered, it’ll be tequila heavy.

“We’ve all done bourbon, and that’s great, we should, but tequila is an opportunity for us,” he told Insider Louisville. “We’re going to make that big.”

Corbett said his job is to serve in an advisory role to his three partners and work to give them opportunities as owners.

“I’m so excited for these guys,” Corbett said. “To help someone else get a piece of the action as an owner just makes me feel great. I know what it did for me, and I can’t tell you how it charges me up to do that for people who are as deserving as these guys.”

According to Corbett, Louisville Eats Good wants to have as many as three properties under its management by the end of 2014. Though he declined to name any, he said the second could come available in as little as 60 days.