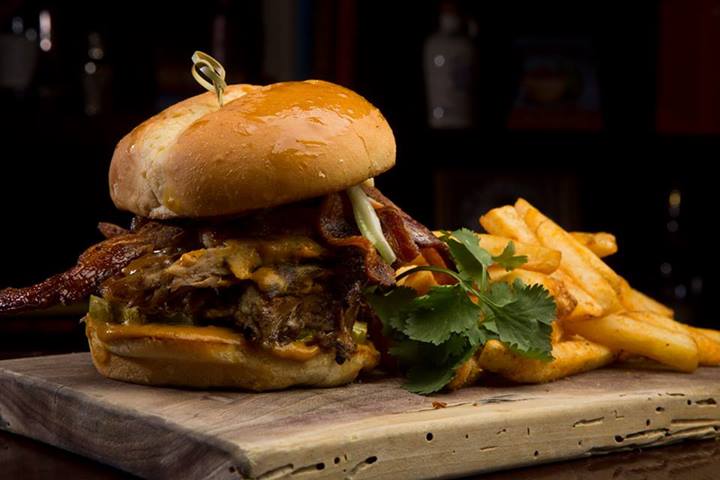 Restaurant Hospitality magazine, which covers the restaurant trade, recently declared the Three Little Pigs sandwich served at Down One Bourbon Bar, 321 Main St., as the best barbecue sandwich in the country.

The handsome, below-street level bar is most visible for its back-lit display of its extensive bourbon selection, but its small menu has several tasty selections too, and the Three Little Pigs caught my attention when I stopped in a while back.  The sandwich layers sliced braised pork belly, pulled pork, bacon and mustard BBQ with slaw and pickles on a bun.

This homage to the noble swine was the idea of Down One’s GM, Christian Hattemer.  In the magazine story, Hatterner said, “We were inspired by our love of pork and all things pork. The ingredients were also a natural fit for our Bourbon-based concept.”