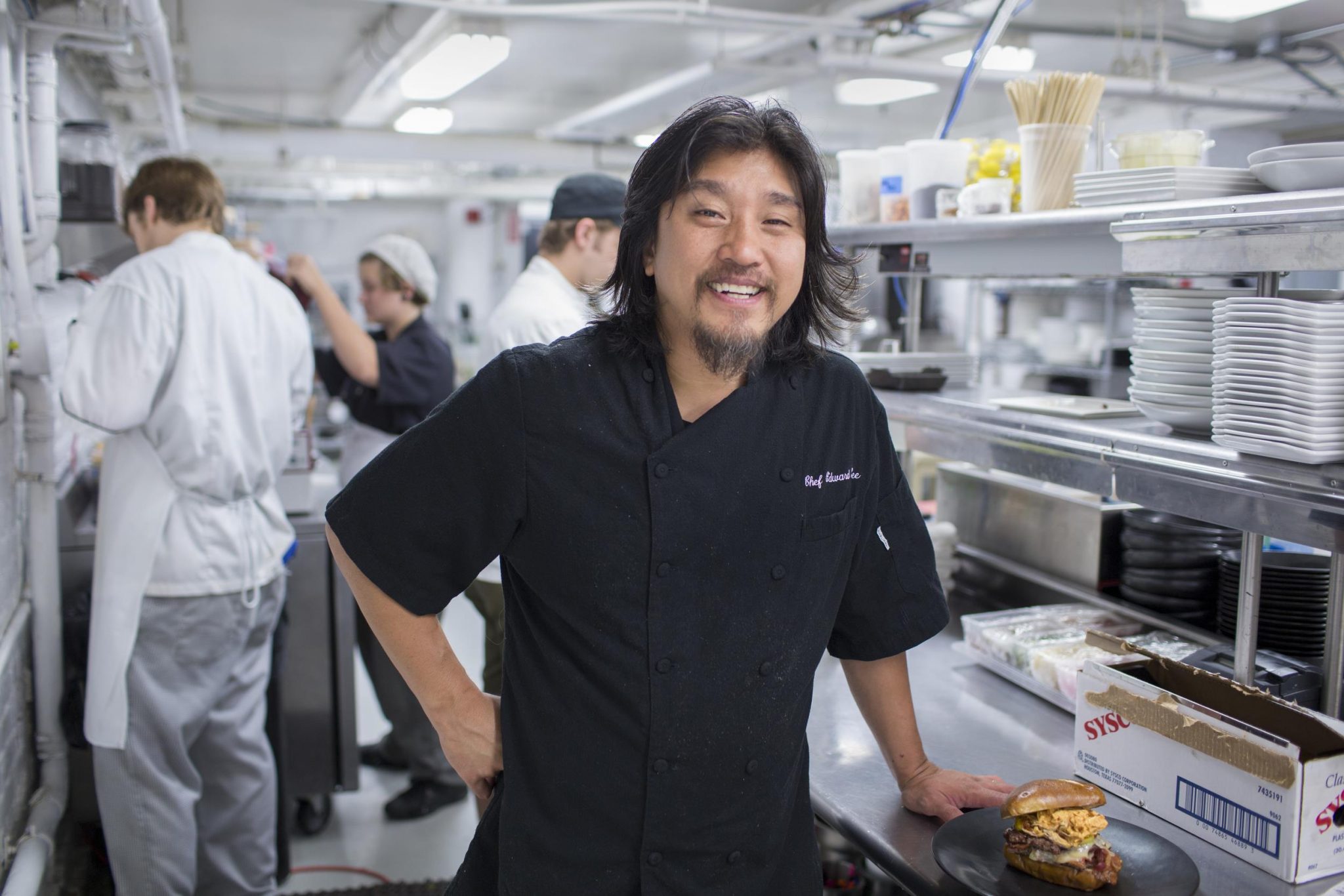 Two important stories about Louisville’s favorite “celebrity chef” who wears that “celebrity” very lightly, Edward Lee of 610 Magnolia and Milkwood, were in the news recently. The local press covered only one of those, as far as we noticed. The other story was broken by the New York Times.

The Courier-Journal noted the somewhat interesting but less significant story, that Ed Lee has decided to stop serving Coke products in his restaurants, in favor of small production “artisanal” soft drinks. A consideration of his emphasis on locally-sourced foods and high-quality ingredients led him to reconsider his inclusion of big corporate soft drinks.

In the C-J story  Lee is quoted as saying, “Why do we take all this time to source out the best ingredients, the best wine, the best whiskey, and when it comes it comes to soda we just say, ‘oh, we’ll serve Coke?’ We’ve been thinking about it for a long time and it just never made sense to me.”

Lee noted that Coke suppliers make their products enticing by pricing attractively and providing cups and lids. But he got to thinking about the levels of sugar (or corn syrup) and sodium in the products, and decided that there were better alternatives. His local restaurants are now serving Kentucky ginger soda Ale-8-One, Nehi, Boylan and Cheerwine.

The C-J story mentioned that Mayan Café has also turned away from corporate soft drinks, in favor of house-made juices, teas and a grapefruit soda. Both restaurants find that customers are impressed with the concept, and have accepted the decision with little complaint.

A somewhat more significant story for the Louisville community was reported last week by the New York Times: Ed Lee, who has opened two Succotash restaurants in the Washington, D.C. area, has decided to move to Washington permanently.

The Times ran a major story, with photos of Lee, and his recipe for catfish. In the story, Lee praises Louisville, where he moved in 2003 to take over 610 Magnolia from Ed Garber, who had started the restaurant in the late 1970s. Here Lee met his wife, and developed into a nationally known food personality.

“Louisville completed me not just as a chef but as a person,” Mr. Lee said in the Times story. “I learned to be nice there. I learned to look people in the eye and talk to people about their families. I didn’t do that in New York.”

For the last several years Lee has been splitting his time between Louisville and Washington, where his two Succotash restaurants are making a mark. “I think, and you can put this on the record, people are a little sick of me in Louisville,” he said in the story.

Food & Dining is sure Lee will be missed.