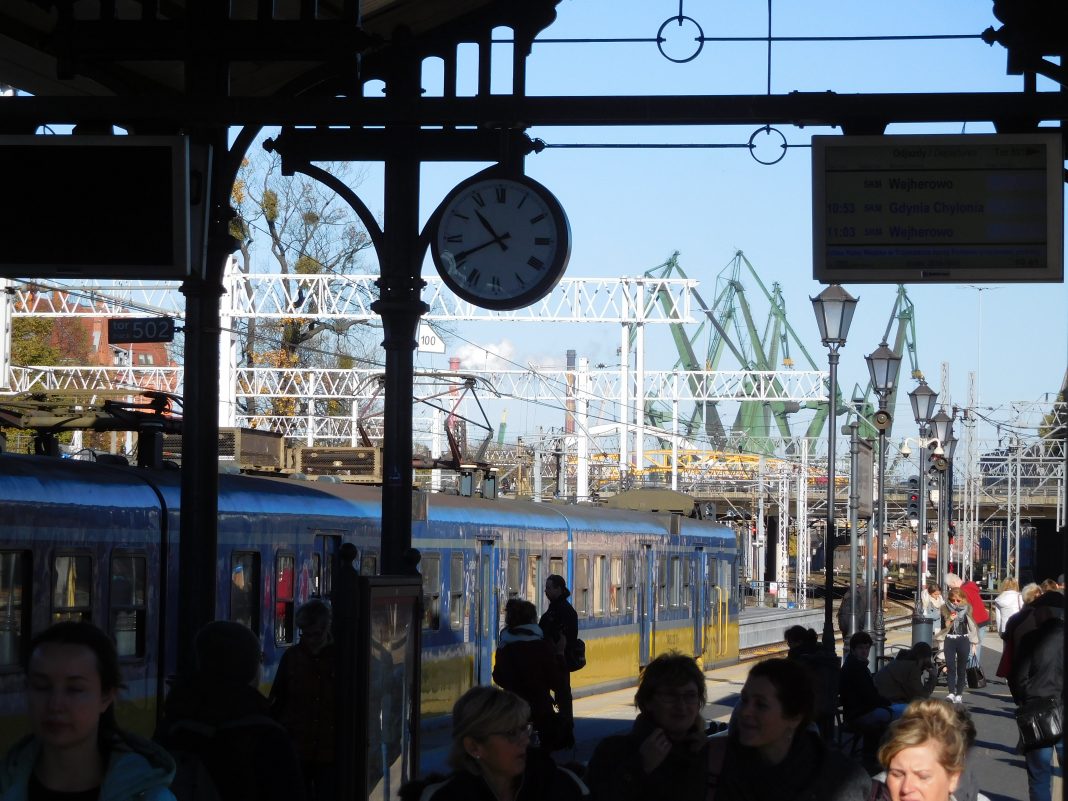 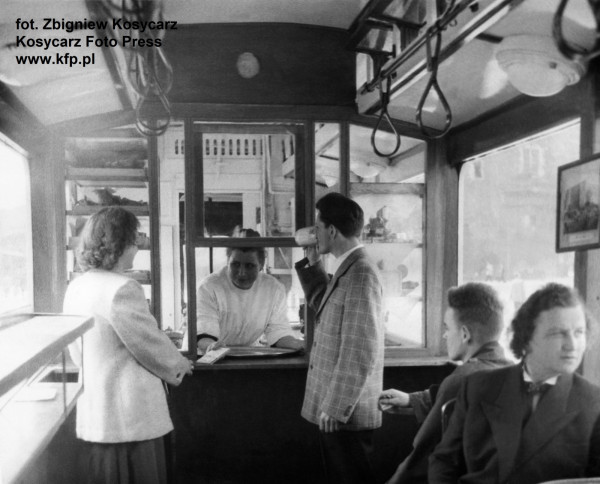 A bar on rails isn’t an entirely novel idea if we’re referring to passenger trains, but installing one on a tram — and in communist Poland, no less (from 1956-1960) — constitutes foodie esoterica of a much higher order: There used to be a bar on rails in Gdańsk, by Rafał Borowski (Trojmiasto).

When you click the link, don’t be alarmed when the article appears in the Polish language. Merely deploy your browser’s translation function and read it in English.

To clarify, in this instance “snack bar” probably is a more accurate term. Also, in America we know trams as streetcars or trolleys.

You could eat a quick meal there and drink hot or cold drinks. Customers could make themselves at home on armchairs or high stools. In the years 1956-1960, a tram converted into a bar ran on the streets of Gdańsk. It was probably the first and only such gastronomic point in the whole country.

The tramcar was modified by placing the small kitchen service area at one end in place of the driver’s cabin. It had an electric cooker (there were no microwave ovens) and a hot water supply from a tank on the roof. Seats were removed and tables installed, with a bar top and stools running down one side.

Due to the small space, “Tramwajarz” was operated by only one person. The woman visible in the photos was at the same time a cashier, cook and cleaner. Fortunately, getting orders for customers wasn’t too complicated. The meals offered in the bar were previously prepared by the aforementioned Gdańskie Zakłady Gastronomiczne and only had to be heated.

Understandably, the menu was not too extensive and included only quick snacks, e.g. a portion of bigos or hot sausages. In addition, the bar also served hot drinks, i.e. coffee and tea, and chilled ones: lemonade, beer or kefir, as well as pre-packaged sweets: chocolates and candies.

Kefir is a cultured, fermented milk drink, originally from the mountainous region that divides Asia and Europe. It is similar to yogurt – but thinner in consistency, making it more of a drink. Kefir has a tart, sour taste and a slight ‘fizz’, due to carbon dioxide – the end product of the fermentation process. The length of the fermentation time determines the flavour. Kefir is a good source of calcium and is rich in probiotic bacteria.

Fermented milk provides the ideal transition to a brief discussion of the Polish tradition of the milk bar, but first, a digression.

Gdańsk is a historic city in northern Poland on the Baltic Sea, formerly known as Danzig prior to WWII. Poles speak often of Tricity, describing the metropolitan area composed of Gdańsk, Sopot and Gdynia, with a combined population similar to that of Louisville and Jefferson County. 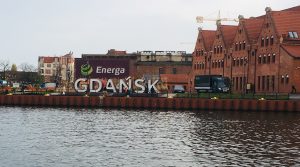 I spent very little time in Poland during the 1980s, and this always has been a matter of significant regret. Gdańsk remained an entry on my Euro travel bucket, primarily because the former Lenin Shipyards was the incubator for Solidarity, the Polish trade union movement. 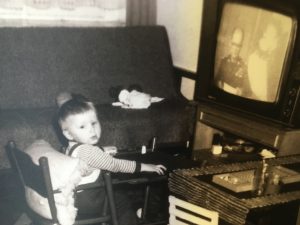 Finally in the fall of 2018 we managed to get away, spend a week in Gdańsk and experience the European Solidarity Center, a museum, library and memorial located adjacent to the famous shipyard gate. I was transfixed by the history, the hospitality … and especially the food. 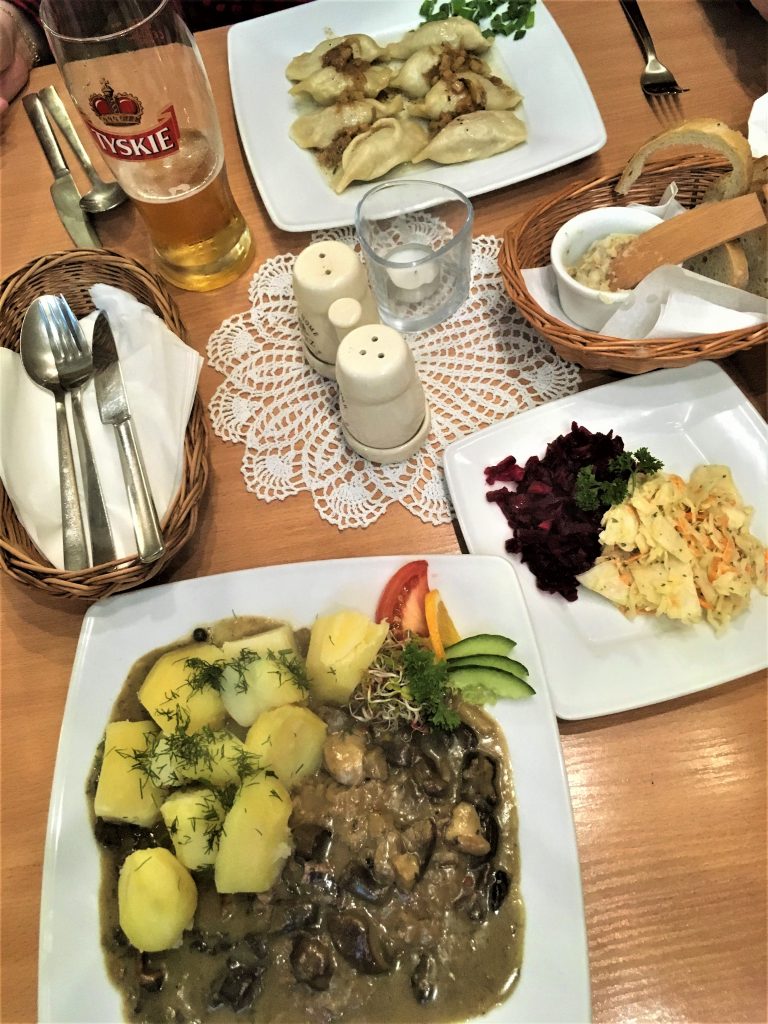 The history and development of Polish cuisine illustrate a few basic truths that tend to be forgotten in the current era of thoughtlessly plentiful edibles amid our global economy.

Geographical and political factors had a strong influence on Polish cuisine. The country is located in a climatic zone with cool and barren winters. From that reason in traditional Polish meals vegetables, fruits and fish which can be easily preserved and stored for 3–4 months period played the great role (pea, the broad bean, kohlrabi, or the turnip). The food was preserved above all with readily available fossil salt and usually with drying, pickling or slight fermentation. After implementation of cooling and tinned technologies in the 20th century salting, drying and pickling were kept in the Polish cuisine by the account of historic habits and from the will of keeping traditional tastes – impossible to obtain with those new, technological ways.

Other geographical facets – large areas of forests – had to influence Polish diet and recipes. Sylvan fruits (wild strawberries, blueberries, currants, raspberries, wild black raspberries and others) have always been popular and so they are today. The Polish cuisine has an interesting wild mushrooms table d’hôte. It seems to be unique since wild, edible mushrooms are completely undervalued in Western Europe. On the other hand the game constituted a delicacy for the Polish gentry from always. Today however, the tradition of hunts seems to be in the disappearance.

Poland repeatedly in history lost the access it the Baltic Sea because of wars. For this reason the Polish cuisine is dominated by freshwater fishes. Amongst saltwater fishes once herring enjoyed the greatest popularity. Today – beside herring – fish like codfish, dory pollack, sprat and sole play the special role on the Polish table.

This in turn provides an ideal segue into our Tricity destination of the moment.

The multicultural cuisine of coastal Gdańsk (Link to Poland)

The multicultural cuisine of coastal Gdańsk has always been based on fish. Herring, Baltic salmon, sprats, eel, sturgeons and above all cod, turbot and various kinds of flounder types of fish have appeared on tables, served in thousands of ways. Recipes were based mainly on Kashubian, German and Jewish cuisine and consumption was always accompanied by alcohol – beer, wine and spirits.

Although my 1980s-era Polish travels were brief, I was aware of what a “milk bar” was, even then. Each of the communist countries had their own variation of the workers’ cafeteria, and I ate in many of them while in Hungary, Czechoslovakia, Yugoslavia and Bulgaria.

Nostalgia in a Polish Milk Bar, by Rick Steves

… Sometimes my nostalgia for the old times confounds my Polish hosts. In Kraków, my friend Kasia, wanted to treat me to a fine dinner and asked where I’d like to eat. I said a “milk bar.” Kasia said her mother would never forgive her if I took her American friend to one of these bleak government-subsidized workers’ diners. I begged, promising I’d never tell, and Kasia agreed.

For me, eating at a bar mleczny (milk bar) is an essential Polish sightseeing experience. These super-cheap cafeterias, which you’ll see all over the country, are a dirt-cheap way to get a meal…and, with the right attitude, a fun cultural adventure.

In the communist era, the government subsidized the food at milk bars. The idea: to allow lowly workers to afford a meal out. The tradition continues, and today Poland still foots the bill for most of your milk-bar meal. Prices remain astoundingly low — my bill usually comes to about $3 — and, while communist-era fare was less than lively, today’s milk-bar cuisine is more tasty.

Returning to the Baltic coast, Bar Mleczny Neptun in Gdańsk gets pride of place in this story.

Gdańsk remains pristine and pure to its roots; right in the middle of its most popular tourist street, Ulica Długa, is a cheap and cheerful Polish Milk Bar. This is Bar Mleczny Neptun, a real gem of a place, if you are able to find it. Get excited about delicious pierogi, soup, salad and meat dishes served from 7:30 am in an old two-story building.

The verdict of our week in Gdańsk: expanded waistlines resulting from grazing on many (most?) of the foods mentioned here, but also a warm glow from a ridiculously underappreciated travel destination.

Too bad the old communist-era tramcar bar wasn’t still running. You know I’d have tried it. Bigos and a shot of vodka on the way to the Solidarity museum? That’s me to a very significant degree. 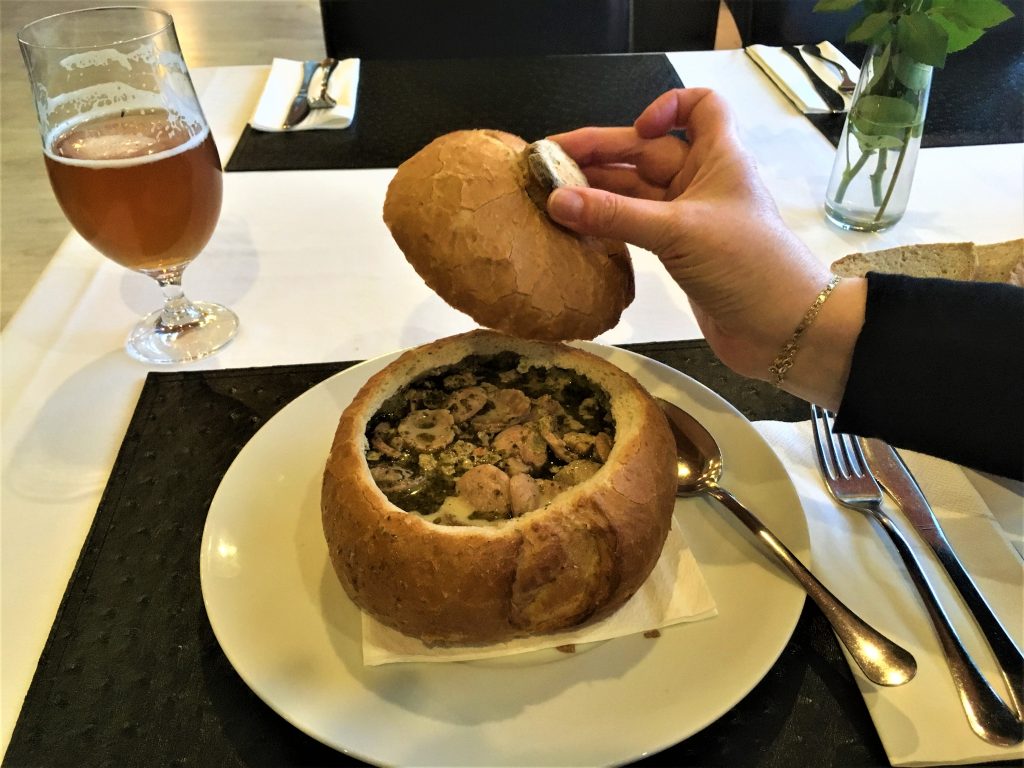