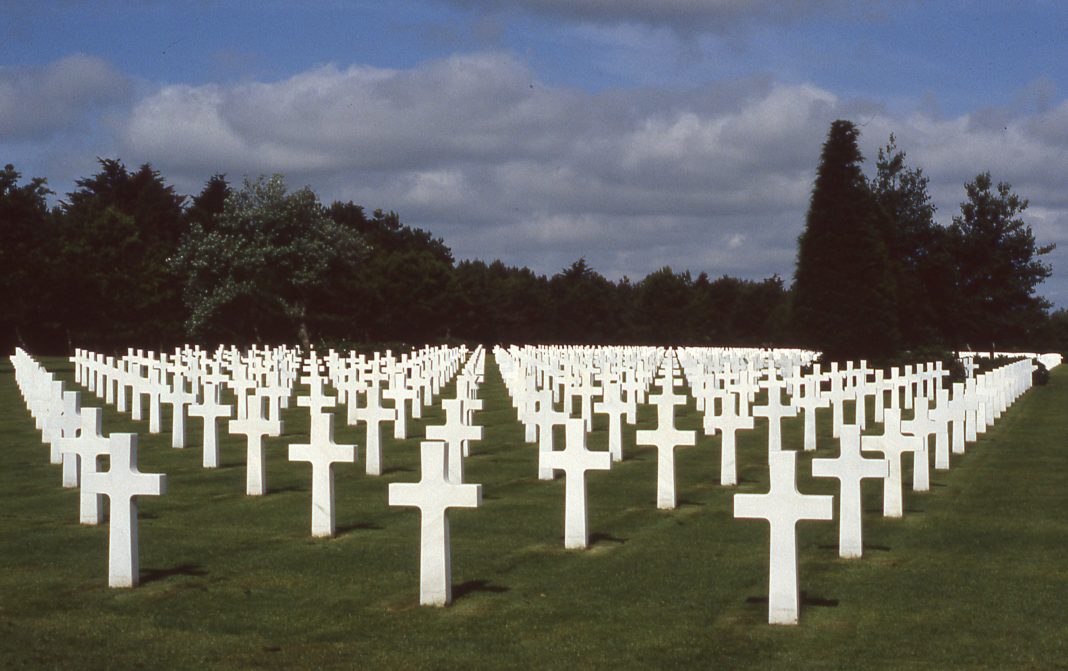 Today at “Edibles & Potables,” I propose to play against type, leave the food and drink until later, and consider the institution of Memorial Day in America.

After all, such a tradition must begin somewhere, and quite possibly, this one may date directly to May in 1865, when “free blacks in Charleston (SC) reburied dead Union prisoners of war and held a cemetery dedication ceremony.” A more formal starting point came shortly thereafter.

By proclamation of General John A. Logan of the Grand Army of the Republic, the first major Memorial Day observance is held to honor those who died “in defense of their country during the late rebellion.” Known to some as “Decoration Day,” mourners honored the Civil War dead by decorating their graves with flowers. On the first Decoration Day, General James Garfield made a speech at Arlington National Cemetery, after which 5,000 participants helped to decorate the graves of the more than 20,000 Union and Confederate soldiers buried in the cemetery. The 1868 celebration was inspired by local observances that had taken place in various locations in the three years since the end of the Civil War.

(In 1971, Congress declared Memorial Day a national holiday to be celebrated the last Monday in May.)

It so happened that the father of modernist composer Charles Ives (1874-1954) served in the Union Army as a bandmaster.

Charles Ives wrote of his piece Decoration Day, the second of the four pieces included in his A Symphony: New England Holidays, that it “started as a brass band overture, but never got very far that way.”

Ives’ musical and written remembrances conjure a time long past.

In the early morning the gardens and woods around the village are the meeting places of those who, with tender memories and devoted hands, gather the flowers for the Day’s Memorial. During the forenoon as the people join each other on the Green there is felt, at times, a fervency and intensity–a shadow perhaps of the fanatical harshness–reflecting old Abolitionist days. It is a day as Thoreau suggests, when there is a pervading consciousness of “Nature’s kinship with the lower order-man.”

After the Town Hall is filled with the Spring’s harvest of lilacs, daisies, and peonies, the parade is slowly formed on Main Street. First come the three Marshals on plough horses (going sideways), then the Warden and Burgesses in carriages, the Village Cornet Band, the G.A.R., two by two, the Militia (Company G), while the volunteer Fire Brigade, drawing a decorated hose-cart, with its jangling bells, brings up the rear-the inevitable swarm of small boys following. The march to Wooster Cemetery is a thing a boy never forgets. The roll of the muffled drums and “Adestes Fideles” answer for the dirge. A little girl on a fencepost waves to her father and wonders if he looked like that at Gettysburg.

After the last grave is decorated, Taps sounds out through the pines and hickories, while a last hymn is sung. The ranks are formed again, and “we all march to town” to a Yankee stimulant-Reeves inspiring Second Regiment Quickstep-though, to many a soldier, the sombre thoughts of the day underlie the tunes of the band. The march stops-and in the silence of the shadow of the early morning flower-song rises over the Town, and the sunset behind the West Mountain breathes its benediction upon the Day.

Later came the codification of Memorial Day as a federal holiday, and the various annual ceremonies that occur across the nation, as in New Albany, where it is held at the memorial plaza a block away from our residence.

To the best of my recollection, I took today’s featured photo at the Normandy American Cemetery, located near Omaha Beach in France where the D-Day landings took place. The experience of visiting this area in 1985 is a constant reminder to me that respecting the memory of American soldiers who died while in the service of their country is a task best undertaken with a deep regard for the historical record.

Speaking only for myself, I take it very seriously. It’s a habit of thought almost certainly springing from my father’s fascination with far-off events that conspired to transport a hick from bucolic Georgetown, Indiana to the Pacific Theater of Operations in 1942 — and in his case, back home again.

Others weren’t as lucky, and every year on Memorial Day, I pause to reflect on the cosmic significance of it all.

As a prelude to Memorial Day each year, I read scolding social media posts to the effect that Americans fixated on holiday feasting, partying and recreation somehow dishonor the nation’s military heritage.

To be sure, I contribute my fair share of rants about the general populace and its chronic ignorance of history. However, I don’t think honor and bacchanalia are mutually exclusive concepts. After all, the venerable institution of the wake combines them very effectively, and what’s more, the human condition is incapable of sustaining a permanent state of mourning. Life does go on, as the departed soldiers themselves would no doubt agree.

Like the vast majority of topics pertaining to human beings, the notion of dying for one’s country is inordinately complex. A friend once touched on this during a conversation, when he mentioned the notorious escape clause during the American Civil War, wherein men drafted into the Union Army could buy their way out of service by paying $300 or providing a substitute to serve (and sometimes die) in their place.

During the Vietnam War, songwriter John Fogerty of Creedence Clearwater Revival noticed it, too in his song, “Fortunate Son”: Exactly how is it determined who risks dying for his or her country, and who subsequently profits from their deaths? Almost comically, Fogerty’s song doesn’t at all mean what some people insist on thinking it does, but that’s all right. There’s always time to learn.

Preferably, respecting the memory of American soldiers who died while in the service of their country is a task best undertaken with an interest in the lessons and uses of the past on the part of those still living, along with sadness and regret that human civilization seems not to have evolved to a point of eschewing violence to settle issues. War is a ridiculous concept, although humans seem forever enamored of it.

And, it’s also a holiday weekend, and I suspect you are enjoying it. So am I. As you were, then, and carry on.