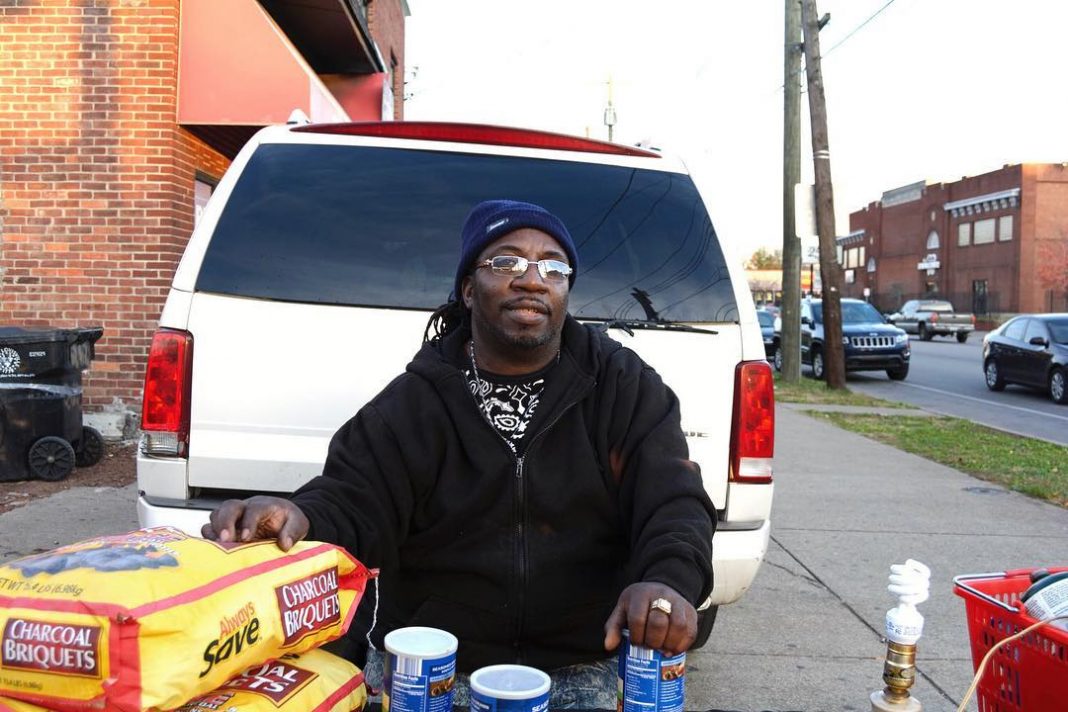 “I’m a recovering lawyer and politico who turned into a food writer,” Miller explains at his web site. “(I’m) interested in the following topics: African heritage food (especially soul food), barbecue, the intersection of faith and food, and presidential foodways.”

Two years ago I ran across one of Miller’s books while researching a Food & Dining Magazine profile of Chef Space. It was Soul Food: The Surprising Story of an American Cuisine One Plate at a Time.

Soul food is really the interior cooking of the Deep South that migrates across the country. I think of soul food as an immigrant cuisine and ultimately a national cuisine, because black folks just landed in all parts of the country. But in terms of the difference between the two, soul food has more intense flavors. It’s going to have more spice. It’s going to be sweeter. It’s a matter of intensity.

David “YaYa” McAtee built and served his community through barbecue. With a career that spanned decades, McAtee made a name for himself as a successful chef in Louisville, Kentucky, where he ran YaYa’s BBQ Shack. As a community leader, McAtee was where he felt he needed to be last Sunday night: joining others in the streets protesting the horrific murder of George Floyd in Minneapolis, Minnesota, and calling for racial justice. Yet, something went horribly wrong. Soon after midnight on Monday, June 1, McAtee was killed by gunfire from Louisville police officers.

It is the duty of the historian to uncover objective facts from the past, analyze them, and contextualize what has happened so we might better understand what will. Accordingly Miller places McAtee at the center of African-American barbecue culture. Here’s an excerpt.

McAtee reminds us that for much of our nation’s history, people of all races associated African Americans with barbecue excellence. Barbecue was born when Native American meat smoking techniques were fused with the ways the British traditionally cooked meat. Because the new cuisine was so labor intensive to prepare, enslaved African Americans became its principal cooks.

Barbecue spread throughout the South as slaveholders took their enslaved barbecue cooks with them. That’s how barbecue was transplanted from Virginia to Kentucky. After Emancipation, African Americans were effective barbecue ambassadors. Some were freelance barbecuers hired to cook “genuine Southern barbecue” at special occasions all across the country. Some stayed in the South and opened their own barbecue businesses. Harry Green of Owensboro, Kentucky, did so in the 1890s by digging a pit in his own yard. When millions of African Americans left the South during The Great Migration (1910-1970), Black-run barbecue joints proliferated in places like Chicago, Illinois, Kansas City, Missouri, and New York City. McAtee belongs to that entrepreneurial tradition, and his hustle and dedication to his labor-intensive craft helped him cultivate a loyal clientele.

Perhaps this passage is the one best suited to instruct as to future strategies to boost the entrepreneurial efforts of community members like McAtee.

Like many barbecuers, McAtee dreamed of one day owning a brick-and-mortar, sit-down restaurant. That dream remained deferred far too long because he lacked the financing, a plight common to far too many Black entrepreneurs. Without access to capital from either bank loans or running in the social circles that could lead to private equity investment, Black barbecuers make do with what they have—forced to keep dreaming far longer than their white counterparts.