Home LATEST NEWS Edibles & Potables: “By 2025, half of the world’s population will be... 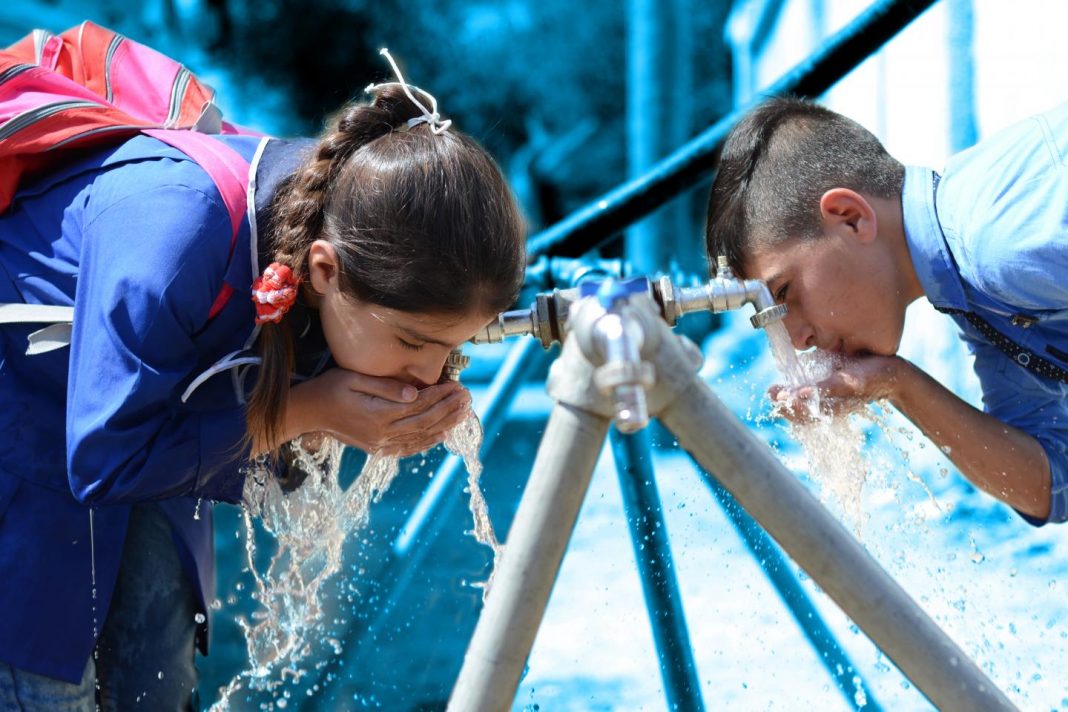 It’s no insult to suggest that New Albany’s annual Harvest Homecoming festival is dedicated to excess. Some might use the word “gluttony.” The event has a great many moving parts, and there’s a little something in it for everyone, but just about all anyone talks about is food, drink and somewhere to be rid of the ensuing trash.

I worked part-time hours at the pub the past three days, and saw it all. Now my feet hurt, and I wouldn’t mind isolating in a quiet room filled with upholstery and books. As the wag once observed, these are “First World problems,” borne of affluence and an accompanying taken-for-granted indifference to how well we really have it in America.

Much of the world doesn’t have it. For instance, there’s still a widespread absence of safe drinking water, as the World Health Organization reminds us.

Earlier this week, lost in the profusion of increasingly meaningless clamor passing for “news,” was this hopeful item from Science Daily.

Scientists and engineers at The University of Texas at Austin have created a hydrogel tablet that can rapidly purify contaminated water. One tablet can disinfect a liter of river water and make it suitable for drinking in an hour or less…today, the primary way to purify water is to boil or pasteurize it. But that takes energy, plus a lot of time and work. That isn’t practical for people in parts of the world without the resources for these processes.

It’s something to think about, after the elephant ears.