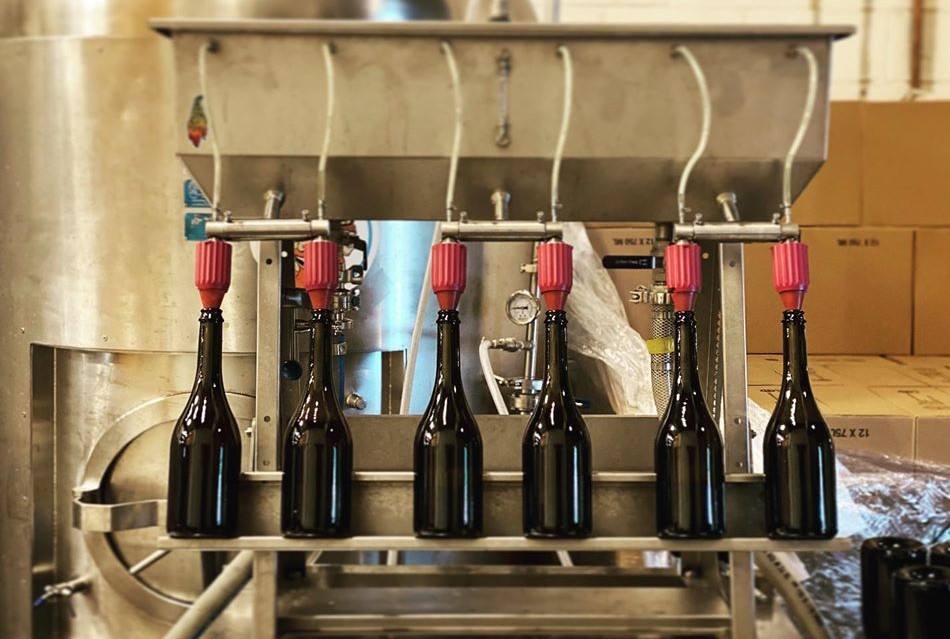 “My overall mission with this brand — and with my life — is to increase the collective empathy of the world. Everybody is so busy trying to get their point across, they’ve stopped listening to each other. Whatever we can do to encourage people to engage with each other in person and with open arms — anything I can do to encourage that — is my mission.”
— Averie Swanson

On Sundays we range outside the Louisville metropolitan area for esoteric items of “edible and potable” interest. Today’s link comes from Josh Noel, an insightful and engaging beer writer at the Chicago Tribune. He tells the story of an up-and-coming young brewer who decided to step off the career express and return to the grassroots.

Beer industry burnout brings lauded Texas brewer to Chicago for a new chapter and a new project, Keeping Together

Swanson, 32, has enjoyed one of the swifter rises during craft beer’s ascendance of the last decade. In a mere four years, she catapulted from volunteering at Jester King, a renowned Austin, Texas, brewery, to becoming its head brewer.

As Swanson oversaw production of the elegant sour, wild and funky beers made at Jester King’s 165-acre farmhouse operation, she became the epitome of a brewers’ brewer: judging competitions, speaking at conferences and fielding seemingly endless calls and questions.

But beer industry fame started to feel heavy. So did 60-to-70-hour work weeks. So did modern craft beer culture: the collecting, the line-standing, the intensity of fandom that seemed rooted in acquiring beer as much or more than enjoying it.

So Swanson blew it all up. She quit Jester King in late 2018, packed her things and moved to Chicago.

Swanson’s new and evolving “Keeping Together” brewing project calls for making Belgian styles in small batches; specifically, she favors mixed-fermentation saisons: “The base of saison is such a great canvas for exploring flavor. That’s where my excitement is right now.”

For more, follow the link and read Noel’s article. For the historical background of saison, have a look at my recent Hip Hops column.