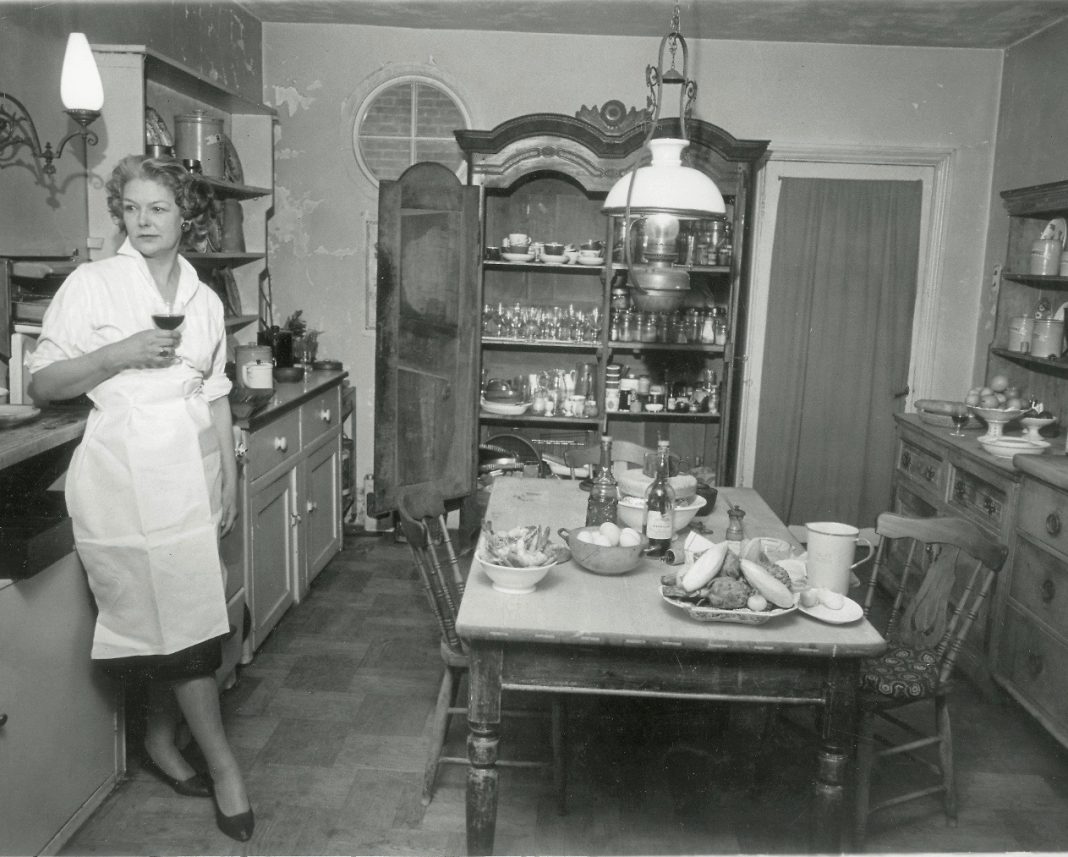 Earlier this year Destinations Booksellers closed after 15 years in business. As a coda of sorts, an extended going-out-of-business sale allowed the regulars their opportunity to share memories with the store’s owners and each other, and to properly say goodbye.

Also to fill a beer crate or three with deeply discounted books, which I eagerly managed to do.

One of the books I chose was An Omelette and a Glass of Wine, a collection of articles and ephemera by the British food writer Elizabeth David (1913 – 1992). To tell the absolute truth, I hadn’t the first idea who she was. Now, after reading the book, I’m horribly chagrined at my ignorance and correspondingly eager to delve into her other works, like Italian Food and French Provincial Cooking.

David was born into wealth and privilege, enabling an early glimpse of France (and exposure to French cookery) as a teenage student. She was not temperamentally suited to the established cadence of the debutante, choosing instead to run away with her boyfriend on the eve of the Second World War, an eventful journey that took her through France, Italy, Greece and eventually to Cairo.

There David worked for the British government during the conflict, sufficiently well off to employ a Sudanese cook whose approach to the kitchen began making an impression on her. At war’s end, married to an officer somewhat for the sake of convenience, she moved to London and found postwar British austerity stifling, especially as it pertained to food.

A career-making epiphany was born when a friend helpfully suggested that David commit to paper her cantankerous thoughts about the unimaginative British way of cooking. This led to her first book, A Book of Mediterranean Food (1950), which proved a vivid contrast with the gray restrictions of post-WWII food rationing in the United Kingdom, which lasted well into the 1950s.

As David herself observed, “almost every essential ingredient of good cooking was either rationed or unobtainable.” With time, as the economy improved and immigration changed the shape of British society, her writings became guides to the possible. She had tapped into a market not only for food, but ideas; seeing as this market barely existed, she also helped create it.

As they say, the rest is herstory.

In 1999, the London Review of Books reviewed two biographies of David, revealing her life outside the kitchen.

The compound of character and circumstance that made her such a figure, though she was far from being the only or even, it could be argued, the best food writer of her generation, emerges from these two biographies. For those of us to whom the very fact of Elizabeth David is a constant reproach – so elegant, so intelligent and always able to do something delicious but simple with an oxtail and a few nasturtium flowers – there is a degree of unworthy comfort to be derived from the facts of her life. Bad-tempered, obsessive and a heavy drinker, she quite liked Uncle Ben’s rice and preferred instant coffee. Though neither the authorised nor the unauthorised Life sets out to debunk her, both books, especially Cooper’s, are candid. In the end there is something endearing as well as reassuring in the image of David swaying at the stove with ash from her untipped Gauloise dropping into the paella.

A 2016 celebration of David’s life at the Daily Mail is suitably florid, but factual.

When Elizabeth David died in 1992, aged 78, her memorial service in London was followed by a sumptuous lunch. Foodies celebrating her extraordinary life tucked into spinach and Gruyère tarts, mussel salad and a fusion of garlicky red Piedmontese peppers and aubergines, followed by lightly grilled tuna, white bean salad, Italian cheese parcels and pesto, with ripe fresh figs to finish.

Here, in this wonderful but simple meal – typical of her style of cooking with its pan-European flavours and abundance of fresh ingredients – was a fitting tribute to all that this ground-breaking kitchen colossus had achieved in introducing the colour and romance of food to the pasty-faced cooks of Britain in the grisly years after the Second World War.

On the occasion of her centenary in 2013, The Guardian considered “The enduring legacy of Elizabeth David, Britain’s first lady of food.”

David, whose first book, A Book of Mediterranean Food, was published in 1950, arrived on the scene at just the right moment: the British middle classes, exhausted by austerity, were longing, even if they did not precisely know it, for the taste of sunshine.

Elizabeth David is not well known in the U.S. — she was a contemporary of Julia Child — but she’s one of the most important and inspired food writers of the twentieth century. She’s best known for educating British people about cooking and European food. Her writings have inspired generations of cooks, and are still treasured — and in print— long after her death.

Concluding, here’s an excerpt from a review of An Omelette and a Glass of Wine.

(David) did see the beginning of the instant food revolution. She had been sent a packet of instant bread sauce to try. I’ll let her tell you about it in her own words:

‘Dear Madam’, a Leicestershire manufacturer of poultry stuffings and packet crumbs and herbs wrote to me after an adverse comment of mine on factory bread sauce had been made quoted in a Sunday newspaper, ‘you evidently have never made bread sauce, for if you had you would know that to make it properly there is a considerable amount of work involved.’ There’s a juggins for you. If bread sauce is really the product of a kitchen genius with an infinite capacity for taking pains, am I going to be so easily persuaded that it can be produced just as well in a couple of minutes from a bag of shrivelled breadcrumbs and a cup of milk?

That was in 1962. I doubt that she would think that matters have improved.

If you’re like me, and somehow missed out on David’s written works, consider giving Carmichael’s (or your own local bookstore) a call to see which of her books still can be sourced. I’ll be looking, too.