Home FOOD Edibles & Potables: “For a time, eating and relaxing among the dead... 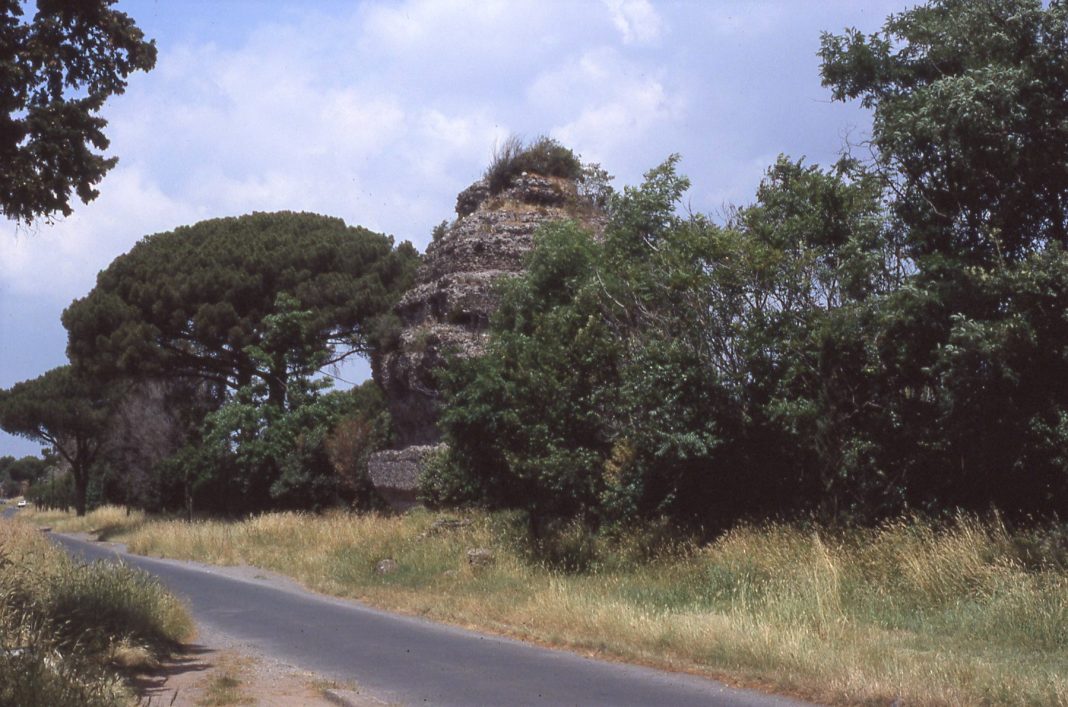 During the 19th century, and especially in its later years, snacking in cemeteries happened across the United States. It wasn’t just apple-munching alongside the winding avenues of graveyards. Since many municipalities still lacked proper recreational areas, many people had full-blown picnics in their local cemeteries. The tombstone-laden fields were the closest things, then, to modern-day public parks.

We’ll come back to America. First, a digression.

Rome was an essential destination for me in 1985. Indeed, my three months in Europe with a gym bag, a bottle of Woolite and some traveler’s checks were intended quite consciously as a “greatest cultural hits” urban tour, with periodic interludes in smaller cities, though largely without countryside idylls.

Those happened later. In fact, I hailed from the countryside, and in many respects, the whole point of the journey was to test an emerging theory, because at the tender age of 25, I was starting to think the stork had erred. Surely he had intended to drop me in a European city, and not bucolic Southern Indiana.

Already in 1985 I’d visited Athens, Istanbul and Milan, and now Rome. Mine were revelatory days in the Italian capital, one after the next, with neither cable news nor the far-off Internet to so much as dare suggest a direct connection between my daily experiences in The Eternal City with the larger world outside, although I confess to sneaking an occasional peak at headlines from the newspaper kiosks. I was becoming adept at thumbing through the papers just long enough to get the stories I wanted, before being chased by annoyed proprietors.

In Rome in 1985 there’d be laundry fluttering in the breeze from the windows of post-WW II housing blocks, a descent into the catacombs, and roast pork sandwiches from the little closet-sized eatery down the block from my pensione, which slow-cooked a whole pig out back every single night and stayed open the following day until they’d sold all of it.

There were those odd 2/3 liter bottles of bland Italian lager beer for roughly 50 cents, a subway ride to Benito Mussolini’s EUR (a 1930s-era planned suburban and business area south of the city), and an atheist’s Sunday morning excursion to St. Peter’s for mass, with an appearance by the Pope himself.

There was bready, delicious street pizza brushed with oil and baked with herbs. It wasn’t like American pizza at all, and I reveled in the change. Two or three family-owned eateries offered reasonably priced three-course menus with pastas, salads and fruit, with a glass of wine. I learned that it cost a bit more to be served an espresso at a table outside, but the seat was yours all day long if you so desired.

There were more architectural styles, churches and domes than anyone could remember, and in short, a sensory overload unlike anything for which the life and times of New Albany might provide a remotely adequate preparation.

I was enamored. As in Greece, and during the remainder of the journey to come, the bulk of my days in Rome were spent wandering the streets, profoundly dazed, desperately trying to absorb as much as possible on a trip viewed from the outset as probably my only chance to see Europe before returning home and acquiring some form of a productive life – and, of course, not until much later finally realizing that such an acquisition was purely optional, and lives could be framed in the manner suited to the individual. At best, they happen while we’re busy making other plans.

Happily, with some effort and forethought, my tight budget did not preclude a decent quality of life in Rome. So it transpired that one day I purchased a pork sandwich, a pastry and a beer, packed them into a plastic bag, and hopped the subway, then a bus, to the Appian Way for a walk.

These days I’m told there’s a section of the Appian Way where cars are prohibited. To put it mildly, this wasn’t the case in 1985, at least where I’d resolved to hike. One quickly became proficient at nimbly dodging screaming sports cars and cacophonous motorcycles, and yet the game was worth the flame.

The Roman Empire’s first interstate cart-way is lined with eroded and in some instances formless 2,000-year-old tombs, once bearing the names of tremendously important patricians, politicians and magnates who’ve been forgotten for almost as long as they’ve been dead.

And, 36 years ago, seated alongside these memorials, whether atop blankets or in the occasional folding camp chair, were groups of picnickers resting in the shade of the debris. I saw fruit, vegetables, loaves of crusty bread, cheese, salami and wine. My own modest lunch was scant by comparison, and the voyeur in me became hungry just watching these Italians eating, drinking and laughing.

Strangely, at first I hesitated to join in the crumbs. After all, cemeteries back home had always been serious, solemn places where smiles were discouraged. We didn’t go to a cemetery to strum a guitar, throw a football or mix cocktails. Read a book? Maybe that, but only if it could be done with respect. It’s the way I’d been taught.

Why, exactly? Moreover, these ancient tombs along the Appian Way — did they actually comprise a cemetery as such? Or was it a historical site instead? Did it really matter any longer?

I remember standing there and thinking: will our lives and work be remembered? What’s the meaning of life? Is the guy over there wearing swimming trunks and a tank top really grilling a whole fish?

Momentarily lost in a reverie, abruptly the significance of the here and now intruded as a series of autos zoomed past, far too close to my vantage point on the narrow one-lane road. I opted for life, found my own shady spot beneath a monument, and began eating. It was a heavenly interlude.

The passage that introduced today’s “Edibles & Potables” has been lifted from an exceptional (and recommended) article at Atlas Obscura: Remembering When Americans Picnicked in Cemeteries, by Jonathan Kendall.

One of the reasons why eating in cemeteries become a “fad,” as some reporters called it, was that epidemics were raging across the country: Yellow fever and cholera flourished, children passed away before turning 10, women died during childbirth. Death was a constant visitor for many families, and in cemeteries, people could “talk” and break bread with family and friends, both living and deceased.

“We are going to keep Thanksgivin’ with our father as [though he] was as live and hearty this day [as] last year,” explained a young man, in 1884, on why his family—mother, brothers, sisters—chose to eat in the cemetery. “We’ve brought somethin’ to eat and a spirit-lamp to boil coffee.”