Home RESTAURANTS Edibles & Potables: Indy restaurant owner asks, “Why should it be our... 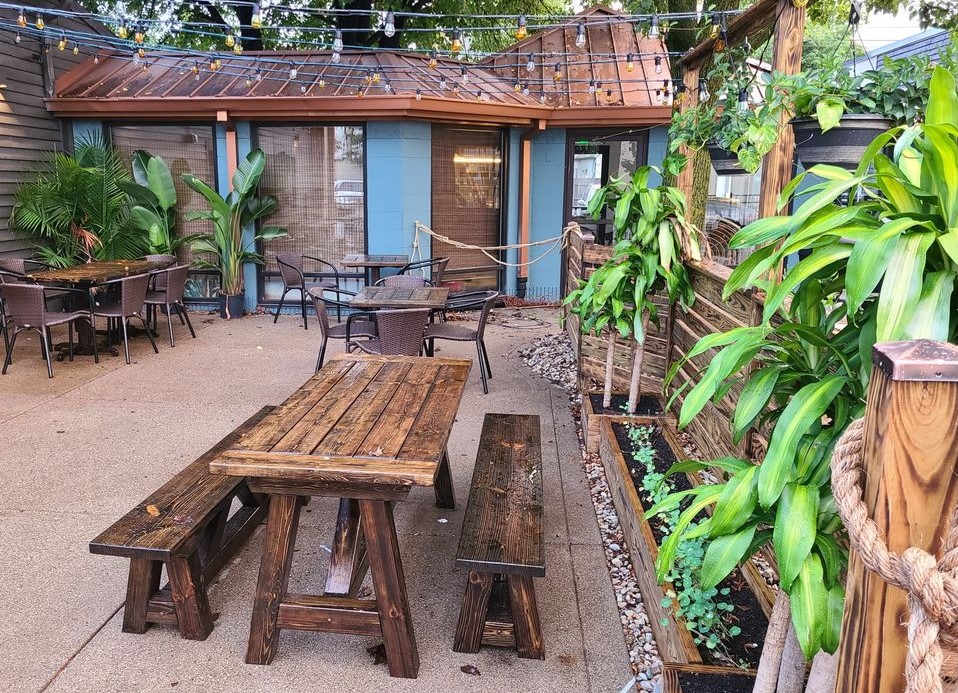 In the years to come, let’s hope we’re in a better position to chuckle, ruefully or otherwise, when recalling the pandemic’s warped space-time continuum.

The month of May seems like it was a century ago. Eight weeks into COVID, the popular and respected Indianapolis restaurateur and bar owner Ed Rudisell went on record with straight talk for the industry.

Is Ed Rudisell a pragmatist or the Grim Reaper? Given the COVID-induced crisis in the hospitality industry, that may be a distinction without much difference.

The facts on the ground are unambiguous—some restaurants have already closed. More will almost certainly follow. Ed Rudisell, an owner or partner in Black Market, Rook, Siam Square, and The Inferno Room, has been characteristically blunt on social media lately, forecasting what’s in store for a restaurant industry without massive government intervention. We spoke to him about how he’s managing day-to-day operations, what restaurants really need to survive, and why he thinks it’s important for colleagues and customers to trade platitudes for hard truths.

Now it’s September, and cool weather is close at hand. Generally speaking, food and drink restrictions are being relaxed in Indiana, not so much in Kentucky. Indianapolis is the state capital, but it’s also a state within a state, one that isn’t always cognizant of what it means to live next to a state line, as we do here in metro Louisville.

Indianapolis Monthly’s writer Krowiak has returned for a follow-up with Rudisell, and once again his candor in the midst of the new neurotic and chaotic American norm is refreshing, as well as worrisome. Rudisell has lost two of his four food and drink businesses already, and seems to be hanging by a thread.

While his remaining two businesses—Siam Square and The Inferno Room—hang on by a thread, Ed Rudisell tells us about the emotional toll of the last five months, and his fears about the fall for an industry near its breaking point.

When restaurateur Ed Rudisell told us in May that half of the restaurants in Indy could close permanently within a year because of COVID, many people thought he was the boy who cried wolf. Less than four months later, two of his restaurants—Black Market and Rook—have joined a long list of local spots that couldn’t survive a shutdown and then reduced customer capacity, and shuttered their doors for good.

What could Hogsett and Holcomb have done differently?

They could have stepped up and shown some real leadership in the beginning. Everybody floundered for months and months on masks while this virus spread like wildfire. It was a long time until anybody got any sort of a real threat of repercussions for not wearing one. We have to wear them. We have to sweat with this thing on our faces all day long, but if somebody comes into our business without a mask, Holcomb put it on us to tell them to please put their mask on. We have literally had customers say, “I don’t have to. The governor says you can’t enforce it.” So, yeah, we’re a private business and we can absolutely enforce it, but then that puts the onus on us. Now we have to be an asshole to somebody that’s a guest of ours. Why should it be our responsibility to govern? I’m not pleased with a lot of leadership on either side.

There’s a lot of fear about what the fall might look like with COVID. How are you feeling about that?

Well, numbers are shooting back up and patios are going away. Heated patios might help, but those things cost money and nobody is pulling money in. Our cash flow is nonexistent. Our limited capacities on the inside don’t help. We have an 8 percent profit margin when we’re at 100 percent capacity, so when the government limits us to 50 percent capacity, they’re literally telling us we’re not allowed to make money. But nobody wants to give us a hand. Everybody is playing politics because it’s an election year. I’m not some genius economist, but it was easy for anybody to take a step back and see how bad this could get. Independent restaurants make up the bulk of restaurants in this country. If we all start closing and laying people off, we’re going to see something that we haven’t seen in our lifetimes. I would never have thought we’d be looking at a second Depression, but if there isn’t a solution soon, I don’t know any independents that will make it through the next nine months.

Asked who might be the next establishments to close in Indianapolis, Rudisell replies that is could be any of them, local or chain, and he closes with these words: