Home FOOD Edibles & Potables: Louisville Burger Week is here. Or is it Louisville... 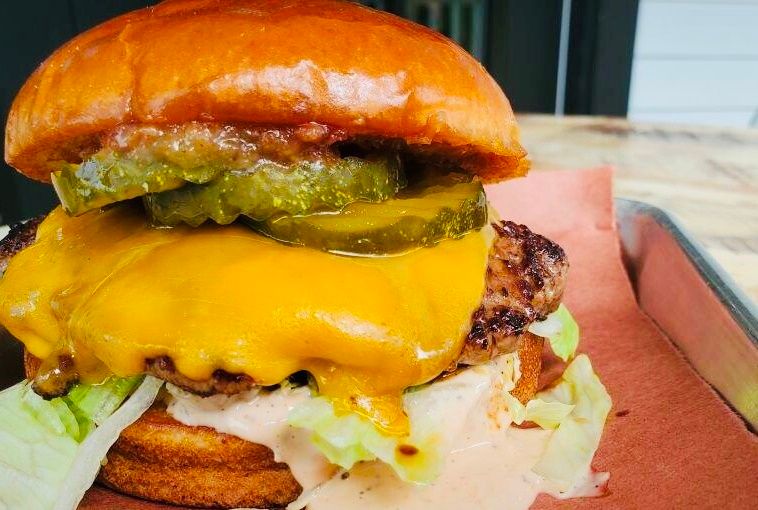 Louisville “two or more slices of bread or a split roll having a filling in between” Week begins tomorrow (Monday 18 July).

The answer to whether or not burgers and hot dogs are sandwiches comes down to legitimately deep question: What, exactly, is a sandwich? Merriam-Webster defines it as “two or more slices of bread or a split roll having a filling in between.” Simple enough. Essentially, anything can be a sandwich so long as it’s between two slices of bread or inside a roll or bun. So by a technical definition, yes, hot dogs and hamburgers are very much sandwiches.

Yes, I know; it isn’t so simple. But it’s also easily reconcilable, and there’s little sense arguing about the difference. Concepts processed by the human brain tend to progress, from simpler to more detailed and specific. They’re all sandwiches, but only some possess the characteristics to render them into burgers or hot dogs.

Or, for that matter, the rou jia mou from China, circa 200 B.C.E., with cumin-spiced beef on bai ji mo bread, as described here: Meet the Man Reviewing Historical Sandwiches on TikTok, by Diana Hubbell (Gastro Obscura).

LIKE MANY GOOD THINGS IN this world, “Sandwiches of History” started with buttered bread. In 2021, Barry Enderwick, a marketing executive, came upon a recipe book from the turn of the 20th century. Some of the recipes were straightforward; others were downright bizarre by modern sensibilities. Intrigued, Enderwick decided to find out what they were like for himself—and to tell people on social media about it.

At What’s Cooking America there’s a brief and informative timeline: History of America’s Favorite Sandwiches. Scroll down to the list of individually linked sandwiches, and you’ll see this entry: Hamburger.

Tracing history back thousands of years, we learn that even the ancient Egyptians ate ground meat, and down through the ages we also find that ground meat has been shaped into patties and eaten all over the world under many different name.

According to this account, the story of the hamburger sandwich begins with Genghis Khan and saddle-tenderized lamb or mutton. Somehow this makes perfect sense, so enjoy Louisville Burger Week 2022!

Today’s cover photograph is the B. Jam Burger from The B.A. Colonial.

At The Foil, an in-depth look at Louisville’s digital food scene