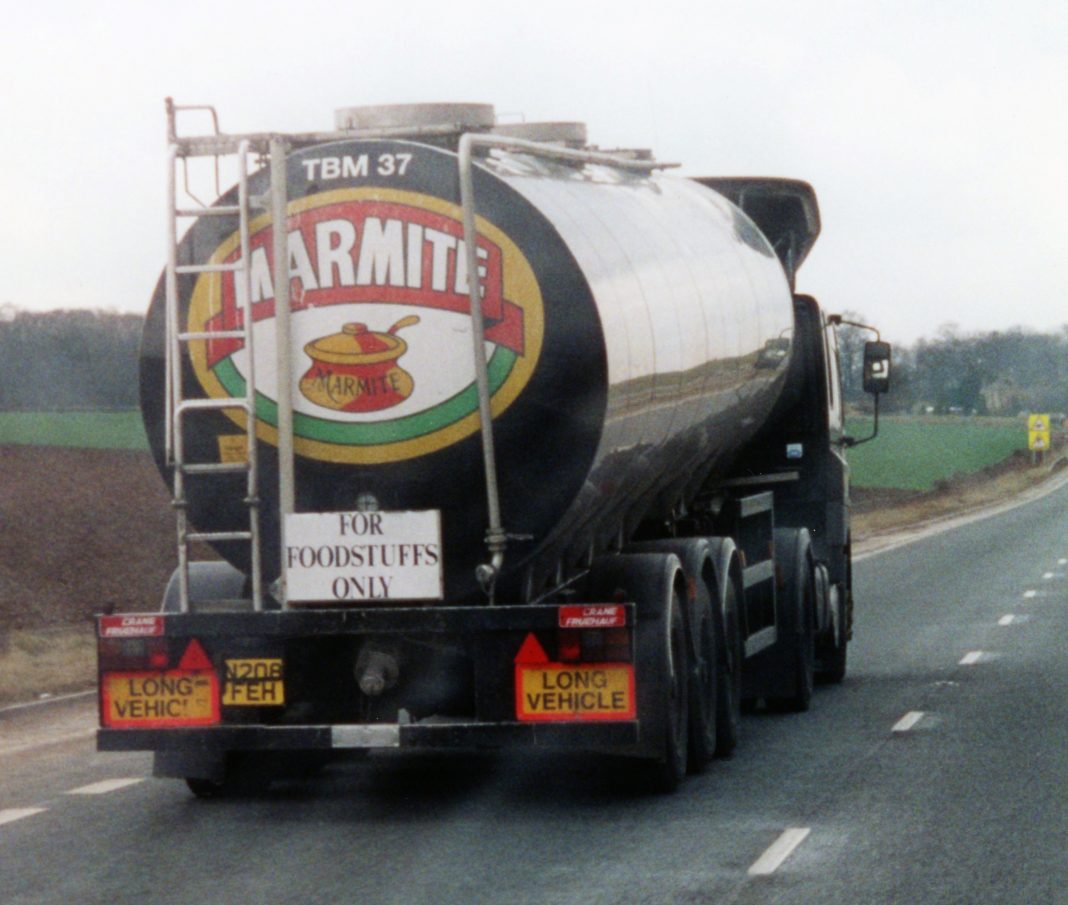 In 2011, the British Broadcasting Corporation published a list of ten things “you’ll love/hate to know” about Marmite, the longtime British culinary staple which, we must concede from the outset, is a divider of opinion.

Marmite does not just come in jars. Other products in the range which you might also hate are Marmite Mini Cheddar Bites, Marmite crisps, Marmite jumbo rice cakes and Marmite flavoured oven-baked cashew nuts.

Exactly what is Marmite, anyway?

Wikipedia provides its customarily dispassionate description of a product that inspires ample passion both pro and con, and that I was surprised to see on the shelf last week at Mejier in New Albany.

Marmite (MAR-myte) is a food spread made from yeast extract invented by German scientist Justus von Liebig and originally made in the United Kingdom. It is a by-product of beer brewing and is currently produced by British company Unilever. The product is notable as a vegan source of B vitamins, including supplemental vitamin B12. Marmite is a sticky, dark brown paste with a distinctive, salty, powerful flavour. This distinctive taste is represented in the marketing slogan: “Love it or hate it.”

The American journalist Warren Hoge turns 80 on April 1, and in Hoge’s honor, allow me to give him pride of place for one of the most memorable “outsiders struggle desperately to comprehend Marmite” essays of the past half-century. It appeared in the New York Times in January, 2002.

Burton-on-Trent Journal; Long Live Marmite! Only the British Could Love It

Marmite is genuinely good for you. Though the recipe itself is a secret, the ingredients include yeast and vegetable extracts, salt, niacin, spices, folic acid and vitamins B1, B2 and B12. It is used to wean infants, and it has been sent to troops in the Persian Gulf and Kosovo and dispatched with mountaineers and polar explorers because of its abundance of B vitamins and its capacity to ward off deficiency diseases like beriberi that once afflicted British troops and travelers.

Utilitarian it may be, but there are problems. Kiss someone who has just eaten Marmite, and you’ll think you were licking paint.

Hoge quotes Nigella Lawson, a familiar name in British food and dining media (the underlining is mine).

Asked if the natives’ addiction to Marmite wasn’t proof that the British don’t care what they put in their mouths, Nigella Lawson, an English food writer and broadcaster, protested: ”Not at all. The British have always had a taste for the intense and the savory, and if it is not a refined palate, it is at least a strident one. People forget that a salt tooth is just as frequent as a sweet one.”

And, 19 years later, Lawson appears yet again in this article by Stuart Heritage from The Guardian: “Spread the love! 10 scrumptious Marmite recipes, from roast potatoes to spaghetti.”

Last year, this newspaper said that “Marmite is having a massive foodie moment”, after noticing that the divisive yeast extract was increasingly featuring as an ingredient, rather than simply being smeared on toast.

Yes, Marmite has come into its own. As a sandwich filling, it remains polarising, but as an ingredient it is much more subtle, lending a warm, umami bite to all manner of dishes – as demonstrated by the 10 magnificent recipes below.

From the licking of paint to our valued umami? I’ve heard stranger things.

Today’s cover photo was snapped on the M1 in 2001, somewhere close to Derby, UK. My hosts had Marmite on hand, and yes, I ate it smeared on toast with eggs for breakfast. I’m fine with Marmite, but then again, my life in beer has made me receptive to the many advantages of brewer’s yeast.