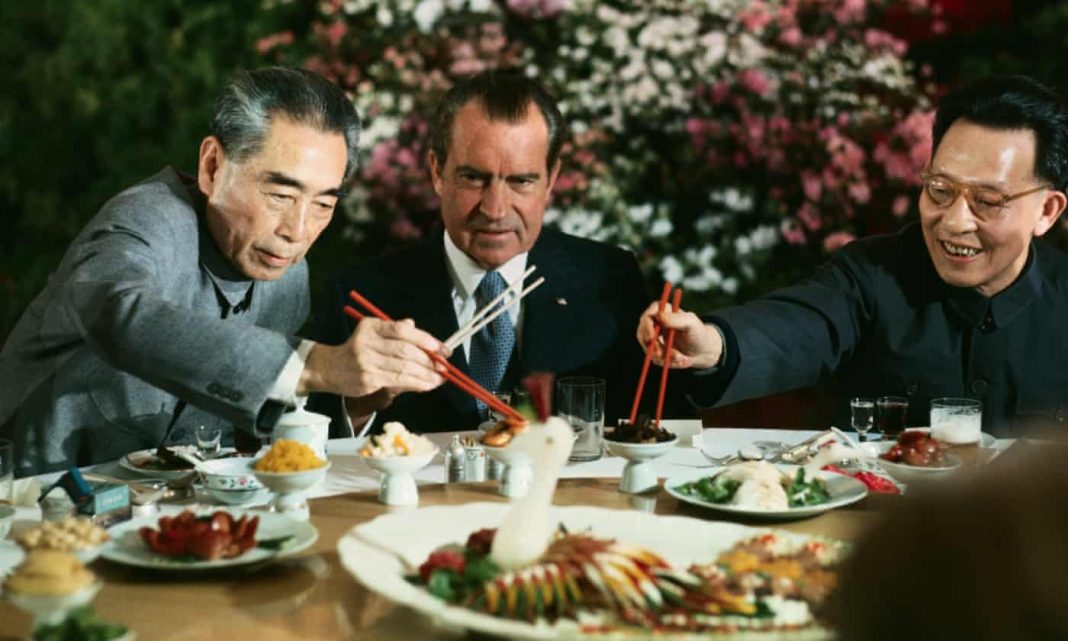 There’s no pay wall, so enjoy the entirety of this fascinating story.

Many people in America love Chinese food, but David R Chan is perhaps in a league of his own.

Mr. Chan, a 72-year-old former tax lawyer based in Los Angeles, claims to have dined at nearly 8,000 Chinese restaurants across the US and counting. Each is archived in a spreadsheet that he has maintained for four decades, along with thousands of restaurant business cards and menus.

If you visit one Chinese restaurant per day, it would take more than 20 years to reach his current count – 7,812 restaurants.

Chan is quick to point out that he is neither a food critic nor a foodie. His quest dates to youthful considerations of what it means to be Chinese American, and during the course of 50 years, it has become transformed into a metaphor chronicling “the rise of Chinese food and changing dynamics of Chinese culture in America.”

Speaking personally, I’ll always be fascinated with the way that ordinary Americans reacted to televised images of President Richard M. Nixon wielding chopsticks in 1972. I was 12 years old, and retain only sketchy memories, but in light of all the geopolitical changes since then Nixon’s banquet demeanor remains central to the legend.

As writer Robert McCrum puts it, “Nixon in China is John Adams’s famous opera, but it’s also a phrase, describing a clash of civilisations, loaded with political jeopardy – plus some bizarre superpower chow-downs. Food is central to the Chinese.”

NIXON’S UNPRECEDENTED PRESIDENTIAL TRIP TO China in 1972 steadied a rocky diplomatic relationship. In the two decades since China’s Communist Revolution, the countries’ Cold War relationship had ranged from muted hostility to narrowly avoiding war, and Nixon’s trip was part of a carefully choreographed detente. But for Americans following along at home, what the president ate was just as interesting as the speeches. Each night, Nixon toasted Chinese officials with glasses of powerful baijiu liquor, sat down to lavish banquets, and ate dishes that few Americans had ever sampled.