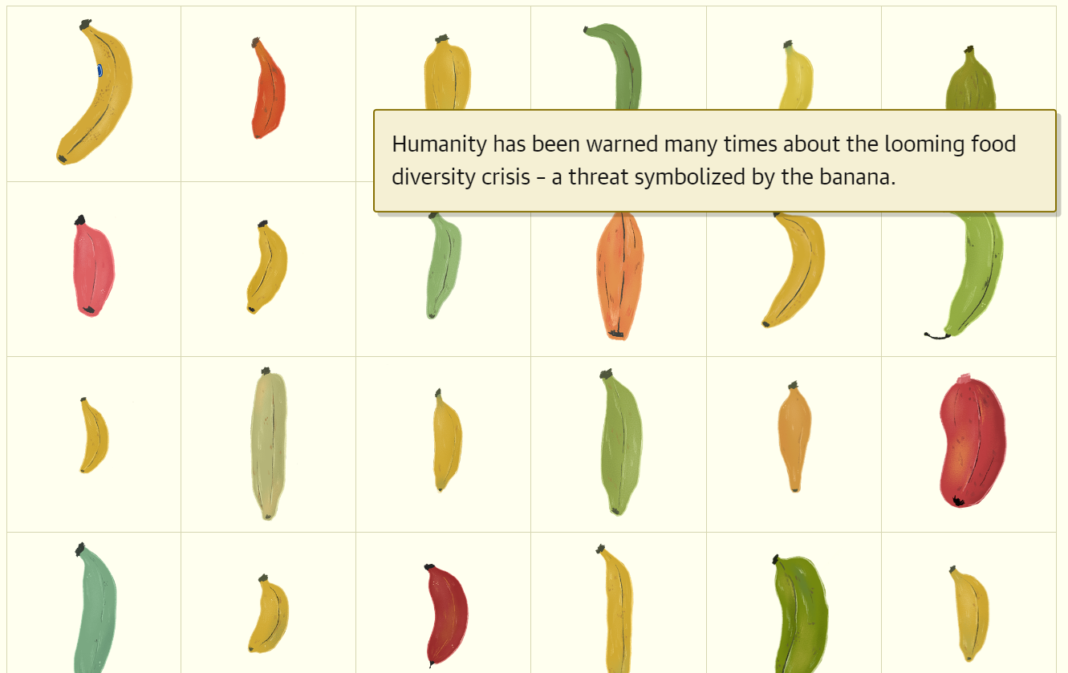 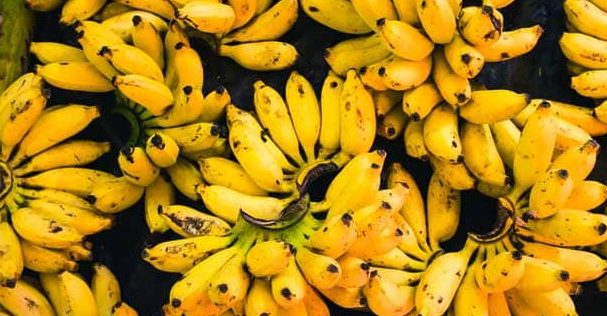 The last time we visited the island of Madeira in 2018, while dining on the unique dish of black scabbard fish with fried bananas (or passion fruit sauce), I asked about the bananas and was given an overview by our English-speaking server.

She told us that a species of banana was brought to Madeira in the 1500s, adapted to the island’s microclimate, and thrived. However, owing to the size and shape of the Madeiran banana (shorter and stubbier than what we consider the norm), exports were primarily limited to the Portuguese mainland.

I thought about Madeiran bananas when I read an article at The Guardian (cover photo credit) about the planetary sacrifice of genetic diversity to suit the mass market.

In one of many examples, they tell the story of how the Gros Michel banana came to dominate the global banana market. In the early 20th century, a fungus spread globally, nearly wiping it out – but instead of heeding the lesson and diversifying banana crops, the industry switched en masse to a genetically similar variety, the Cavendish. It, too, is under threat – one made worse by the climate crisis.

The world’s farms produce only a handful of varieties of bananas, avocados, coffee and other foods – leaving them more vulnerable to the climate breakdown.

The climate breakdown is already threatening many of our favorite foods. In Asia, rice fields are being flooded with saltwater; cyclones have wiped out vanilla crops in Madagascar; in Central America higher temperatures ripen coffee too quickly; drought in sub–Saharan Africa is withering chickpea crops; and rising ocean acidity is killing oysters and scallops in American waters.

All our food systems – agriculture, forestry, fisheries and aquaculture – are buckling under the stress of rising temperatures, wildfires, droughts, and floods.

Even in the best-case scenario, global heating is expected to make the earth less suitable for the crops that provide most of our calories. If no action is taken to curtail the climate crisis, crop losses will be devastating.

Nature has a simple way to adapt to different climates: genetic diversity.

Even if some plants react poorly to higher temperatures or less rainfall, other varieties can not only survive – but thrive, giving humans more options on what to grow and eat.

But the powerful food industry had other ideas and over the past century, humans have increasingly relied on fewer and fewer crop varieties that can be mass produced and shipped around the world. “The line between abundance and disaster is becoming thinner and thinner and the public is unaware and unconcerned,” writes Dan Saladino in his book Eating to Extinction.

The story of the humble banana, one of the cheapest, most popular and most traded fruits globally, shows us why diversity is so crucial.