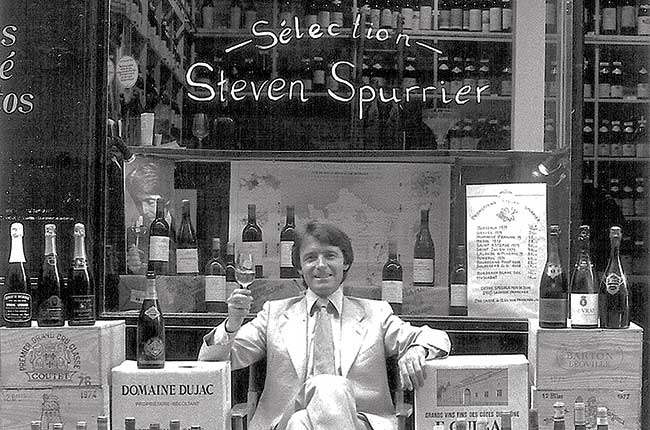 There are few life stories in the food and drink business as fascinating as that of Steven Spurrier, legendary wine merchant and educator. Spurrier died in March at 79.

It was this sense of discovery, of wanting to show that the wine world was vast, that led Spurrier to the event for which he is most famous among Americans: the so-called Judgement of Paris in 1976. Originally conceived as an open tasting of California wines in Paris, Spurrier came to the last-minute decision to hold it as a blind tasting, putting the best Bordeaux and Burgundy at the same table as those from Napa. The results stunned the French: two wines from Napa, Chateau Montelena Chardonnay 1973 and Stag’s Leap Wine Cellars Cabernet Sauvignon 1973, placed first in both categories. Napa never looked back and the French took a long time to forgive Spurrier. He never received formal French awards.

The 2008 film Bottle Shock is an account of the Judgement of Paris, based ostensibly on the true story of the competition, if sufficiently loose with the facts to be rejected by Spurrier himself. He’d given his blessing to a rival production company’s version, which in turn appears to have languished in the years since Bottle Shock’s release. Perhaps Spurrier came to accept the hoary axiom about any publicity being good publicity.

Speaking personally, these cinematic versions of real-life events invariably disappoint; such is the imperative to alter history to suit the narrative. Just the same, has Hollywood ever conjured a tale as delightfully unexpected as the results of the Judgement of Paris itself?

As always, The Economist has the finest obituary, assuming you have a free article for access. My own takeaway from the life of Steven Spurrier is the importance of ongoing education, over and over again, precisely because not as much is known as assumed (italics are mine).

Next door (to Spurrier’s wine shop in Paris) he started up an Académie du Vin with an American colleague, Patricia Gallagher, running courses, tastings and trips for a large clientele of expatriate Americans. The French were welcome to join in too because, he’d say impishly, they didn’t know as much about wine as people assumed. He saw himself as an ambassador for all unsung vignerons and overlooked varieties, and relished being the first caviste in the city to wear a tie to work, comme il faut. After the Judgment of Paris, the French got all the more huffy. But he was having far too much fun to mind.