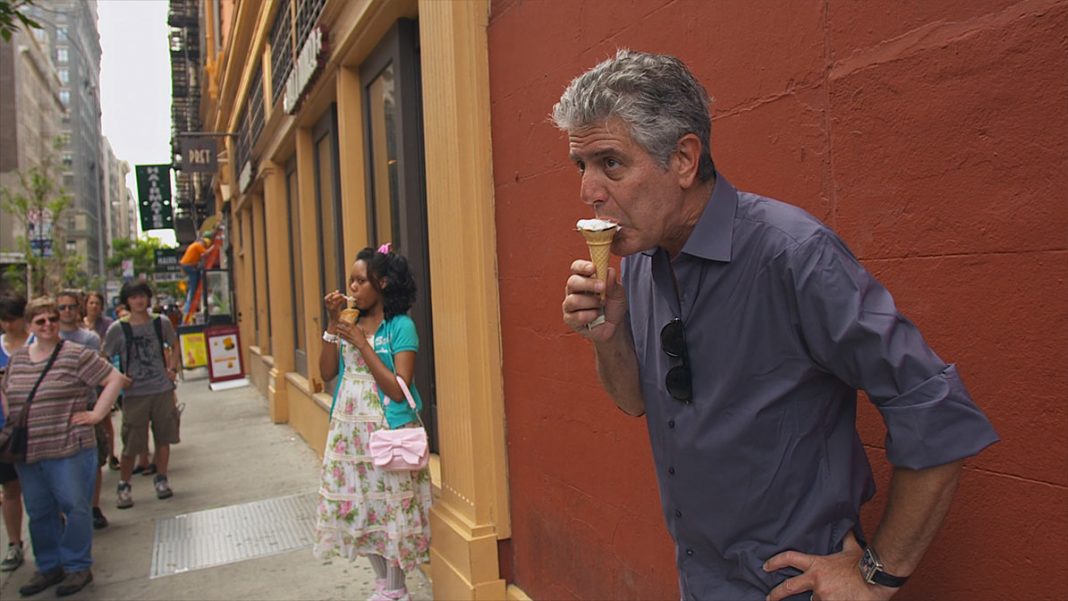 Travel isn’t always pretty. It isn’t always comfortable. Sometimes it hurts, it even breaks your heart. But that’s okay. The journey changes you; it should change you. It leaves marks on your memory, on your consciousness, on your heart, and on your body. You take something with you. Hopefully, you leave something good behind.
— Anthony Bourdain

Roadrunner, a documentary film about Anthony Bourdain, will debut on July 16. You can view the trailer, although I’d recommend taking an extra step by considering Bourdain’s legacy as a journalist. Arun Gupta explains.

A year ago right here at Edibles & Potables, we were thinking on similar lines.

It’s difficult to resist speculating about how Bourdain the journalist would be interpreting 2020. Obviously the year to date has been a challenge to most bedrock assumptions. At a time when a mysterious pandemic clashes with awakening social justice consciousness in a partisan presidential election year, the food service industry often is being asked, in effect, to choose a team.

“Anthony Bourdain’s genius was not in the kitchen. His genius was in knowing which side he was on”

It is my personal belief that in retrospect, a few years from now after we’ve been able to gain context and perspective, Bourdain’s “era” of active influence will be viewed as beginning with the publication of his book Kitchen Confidential, and ending not with the journalist’s death, but the pandemic’s dislocation of the food and drink business as we’ve come to know it.

I suspect that quite a few among those many thousands of “tatted bad boy chefs” have moved along, if not to an active embrace of Bourdain’s principled worldview outside the cocina, then to different career paths borne of COVID’s ruthless opportunistic tendency to target the weakest links of our societal chains.

Of course, this is mere speculation. It might be interesting to assemble a small panel drawn from the Louisville-area hospitality industry for a Bourdain documentary viewing and discussion. It’s food for thought.

David Danielson has a new job