Home RESTAURANTS Edibles & Potables: “The Bear,” or can the chef go home again? 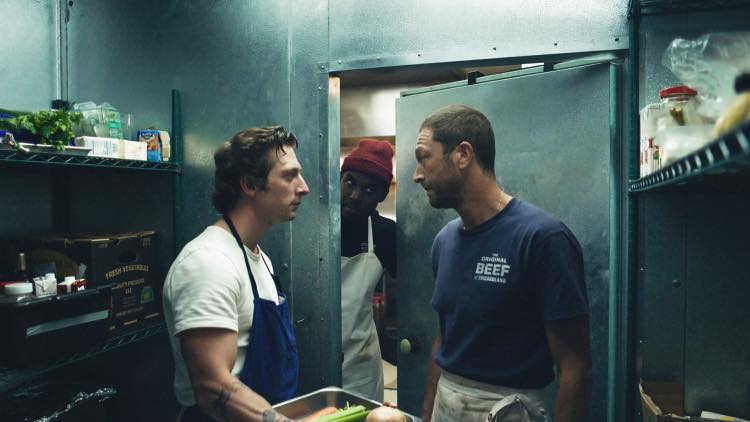 Since your digital correspondent rarely watches television, he must rely on Wikipedia to explain why you should consider doing so.

The Bear is an American drama television series created by Christopher Storer. It premiered on FX on Hulu on June 23, 2022, and stars Jeremy Allen White, Ebon Moss-Bachrach, Ayo Edebiri, Lionel Boyce, Liza Colón-Zayas, and Abby Elliott. The series received critical acclaim. On July 14, 2022, it was renewed for a second season.

A young chef from the world of fine dining comes home to Chicago to run his family’s Italian beef sandwich shop.

Okay, I know; professional obligations and all. Besides, “The Bear” might be interesting enough for me to join the crowd, just this once.

Granted, TV’s not my bag, but I do read a lot, and look forward each week to The San Francisco Chronicle’s “Bite Curious with Soleil Ho” e-mail newsletter. Last week Ho was off, and associate food critic Cesar Hernandez contributed these thoughts about “The Bear” (warning: spoilers).

As far as I know, viewing the newsletter is free. but the Chronicle has an effective paywall otherwise. If the prospective Las Vegas A’s were having any better a season in Oakland, I’d consider paying it.

In ‘The Bear,’ the messy beauty of a restaurant family

When I was 19, at the precipice of adulthood, I worked at McDonald’s as a cashier and a cook while going to community college. Being stuck in fast food hell was grim. I worked graveyard shifts where I cleaned the grimy grill, fumbled to construct burgers, scrubbed floors and took out the trash. But I had a family. The camaraderie you build with fellow food workers is sometimes your only break from a kitchen’s fast-paced monotony.

“The Bear” on FX and Hulu reminded me of the power in that found family.

The show, about a Chicago beef sandwich joint, really reflects our current moment in restaurants. It’s about the crumbling idea of hierarchies in the kitchen, breaking toxic cycles, ego death and all the messy, dirty and beautiful bits of family. If Anthony Bourdain made it cool to work in a kitchen, warts and all, “The Bear” interrogates the abuse, toxicity and sexism that pervades the hustle mindset of a kitchen. And it suggests that, perhaps, there is a new way.

The setup: Carmen “Carmy” Berzatto (Jeremy Allen White), a James Beard award-winning chef, goes back home to take over his brother’s restaurant, The Original Beef of Chicagoland. The rub is that the joint was held together by duct tape and drug money, run by cranky employees who are set in their ways.