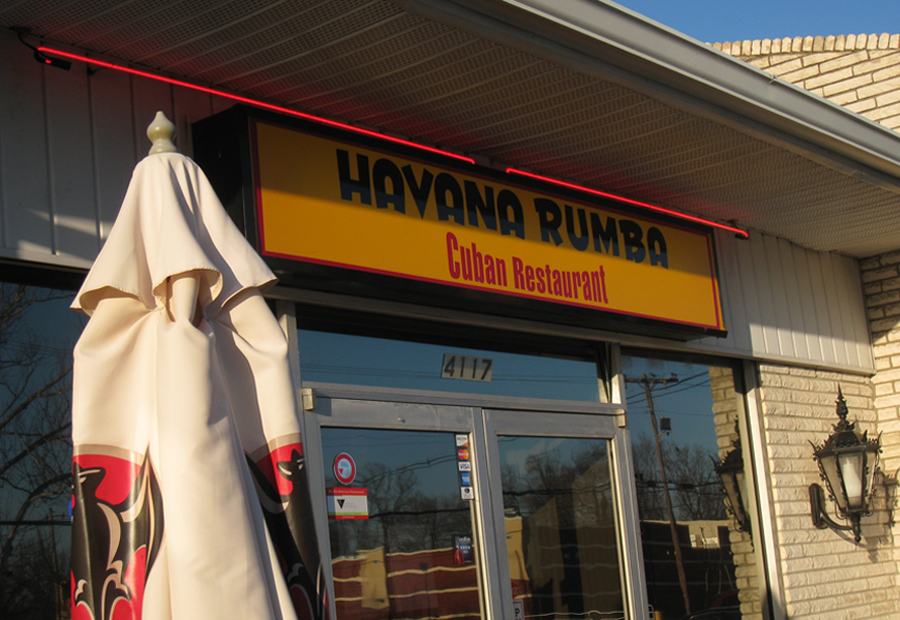 Havana Rumba’s owner Marcos Lorenzo has big plans for the space recently vacated by Waylon’s Feed & Firewater at 3939 Shelbyville Road, which is only a half-mile from the restaurant’s longtime location at 4115 Oechsli Avenue in St. Matthews.

Lorenzo tells Food & Dining that when Havana Rumba moves to its new Shebyville Road frontage, it will come reinvented in the form of a “fusion” concept called Mojito in Havana, referring to his Mojito Tapas Restaurant in Holiday Manor Shopping Center.

“We’ve been looking for a long time for a better location in the St. Matthews area,” said Lorenzo in a phone interview. “Waylon’s is way bigger and way better.”

So much so that Lorenzo recently made the successful Waylon’s entity an offer that fellow owner and restaurateur Tony Palombino couldn’t refuse, occasioning the forthcoming transition from whiskey wings to tapas calientes.

“Waylon’s was approached by the owners of Havana Rumba interested in purchasing the Waylon’s location for their new concept.” Palombino wrote in a text. “We agreed to sell to them as we recently had significant growth with 5 franchised Boombozz locations opening (4 in Nashville and 1 in Elizabethtown) within the past 18 months and with more potential locations we felt it best to divest Waylon’s.”

Waylon’s was doing fine, but Lorenzo is betting that Mojito in Havana will do better at this key parcel of St. Matthews commercial real estate.

Everybody still goes to Havana Rumba, it seems, but to be honest, I was getting a little claustrophobic in those tight quarters, jammed in bicep-to-bicep with my dining partners on either side (fortunately, they were friends), and backed up tight against another stranger at an adjoining … this place is popular, and as the grandpappy of all of Louisville’s current Cuban eateries, deservedly so.

It was Lorenzo’s first restaurant after coming to America from Cuba.

In 2004, the first Havana Rumba was born in the heart of St. Matthews. It was a tiny restaurant with only 16 tables but it was filled with passion for delicious Cuban cuisine and personal, friendly service. Within weeks it was clear that more room would be needed. In 2005 the St. Matthews restaurant was expanded to its current size. In 2007 a new concept came to life: Mojito Tapas Restaurant. In 2010, the second Havana Rumba was opened in the heart of Middletown.

This story is developing and there is no current timetable for Lorenzo’s new concept. When we know more we’ll provide an update.

Editor’s note: This post has been updated for accuracy with respect to the sale of Waylon’s Feed & Firewater to Havana Rumba.