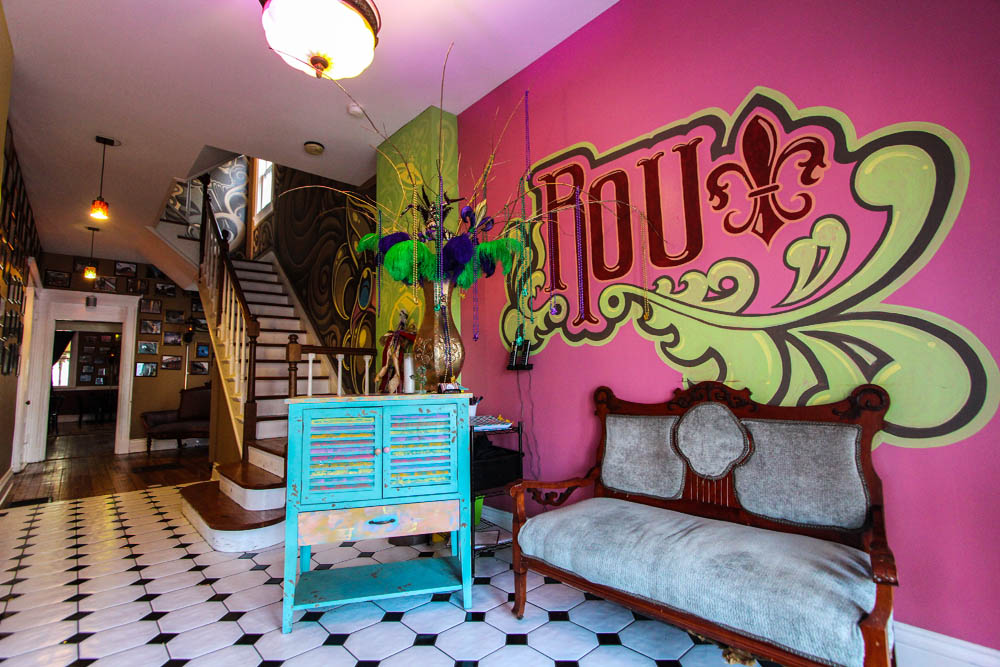 Today is Fat Tuesday, the day before Lent begins, and Louisville restaurants and bars are not letting pass this annual excuse for a loud and raucous party, and the sharing of some traditional Cajun and Creole foods. Here are some suggestions if you need to let le bons temps roulez.

Phoenix Hill Tavern, 644 Baxter Ave, ups the ante with a preparatory party the weekend before Mardi Gras, with plenty of fun stuff: drink specials, a best bead contest and a queen of Mardi Gras contest, costumes, and music by Horizontal Boogie Band Friday and Saturday. On Saturday, Jana Kramer headlines, with Naked Garden and Voodoo Avenue also on the bill.

On Tuesday, Fourth Street Live’s celebration will begin at 7 p.m., with live music, a cake eating contest, and a competition for who can wear the most beads. A bar crawl will feature drink specials. Tickets can be purchased in advance and you can buy chances to win Miley Cyrus concert tickets.

Harvest Restaurant, 624 E.Market St., has since the end of January, and will continue to offer through Feb. 17,  “Lagniappe Lounge” specials of $5 Abita drafts, $5 Dixie Lager and Blackened Voodoo bottles.

Across the street from the Monkey Wrench, Café Beignet and the Fish House, 1310 Winter Ave. , will serve New Orleans-style beignets and  chicory coffee from 7 a.m.-9 p.m., Feb. 17. Wear Mardi Gras beads, your first beignet is on the house. Once Lent begins Feb. 18,  the Fish House will offer Friday night specials including up to five made-from-scratch soups (including David’s famous seafood chowder), Green River-style fried fish dinners, homemade sides and lots more. For more information or to place a carryout order, call 568-2993.

One of the newer purveyors of New Orleans-style cuisine, Lou Orleans, 430 W. Muhammad Ali Blvd., is jumping into Mardi Gras with both feet. Lou Orleans’ menu includes gumbo, alligator, po’ boys and shrimp étouffée, all made from family recipes , Lou Orleans will be open from 11 a.m. to 11 p.m. Monday through Saturday, with a brunch on Sundays, LaDeq said. On Friday and Saturday nights, the restaurant will feature jazz and blues music.

Continuing a decade-long tradition, Bluegrass Brewing Company will throw its famous Mardi Gras bash, at both the St. Matthews location and downtown at Theater Square–which is likely to be the last hurrah for the annual event there, since Kindred has plans to expand into the space in the near future.   Both locations will feature hurricane cocktails, po’ boys, Cajun-style decorations and the BBC Raw Bar, stocked with boiled shrimp, crawfish, oysters on the half shell, gumbo and King Cake.

The festivities start at 6 p.m. on Tuesday, Feb. 17. The St. Matthews location is at 3929 Shelbyville Road, and the Theater Square BBC is at 660 S. Fourth St. For more info, go to bbcbrew.com.

And both locations of Cafe Lou Lou, 106 Sears Ave. and 2216 Dundee Rd.,  will be celebrating from Friday through Tuesday, with a special Mardi Gras menu in addition to the regular menu, and servers will be dressed up in Mardi Gras regalia (except for Saturday night, which is Valentine’s Day). Look for red beans and rice, jambalaya, and king cake cupcakes for dessert.