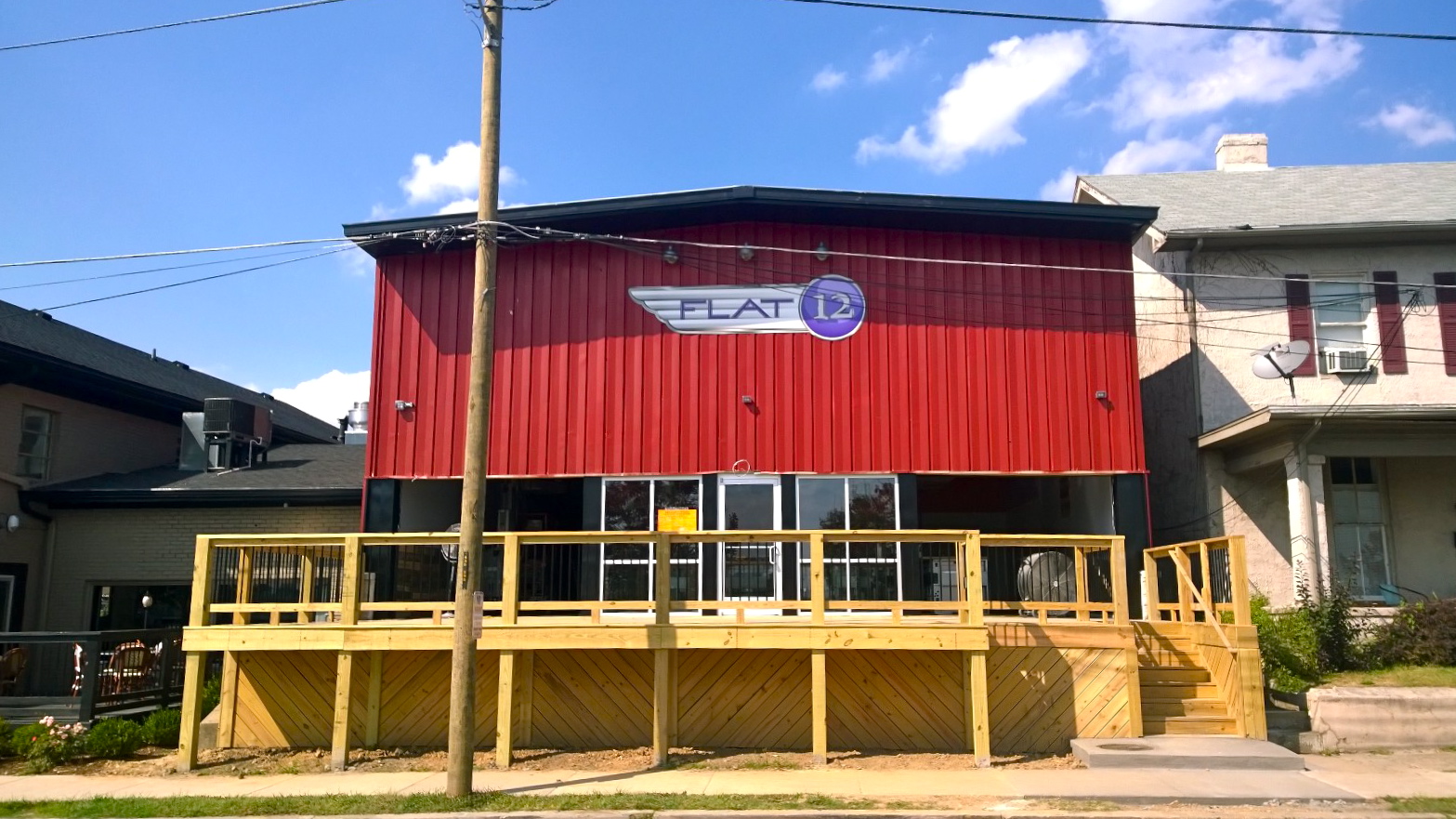 Indianapolis-based Flat 12 Bierwerks plans to open its new location in Jeffersonville, Ind., on Saturday, Dec. 6.  Since Red Yeti Brewery, right across the Big Four bridge, opened a few months ago, Flat 12 will be the first new brewery of a bunch that are planned in the near future on both sides of the Ohio.

The southern Indiana branch of the Hoosier brewery will be at 130 Riverside Dr. just upriver from Buckheads and the Bristol in Jeffersonville.  Actual brewing at the new site will likely not start before 2015; until all that the brewery engineering is completed, the beer sold at the tap room component of the new facility will be made upstate in Indy.

The tap room features 32 taps, mostly suds created by the Flat 12 brewers, but occasional guest taps too. The kitchen will serve flatbreads and sandwiches. In addition beers, one of the house specialties will be a hop-infused olive oil that will be used with menu items.

The first tap room promotion will be a 3-week “12 Beers of Christmas” event, with four new beers unveiled each week.

Flat 12 favorites such as Spirit Mover Saison, Joe Brahma Coffee Brown Ale, Kattenstoet Belgian Pale and Hammer Down pilsner will be among the tap choices.

Following on the heels of Flat 12 Bierworks is the long-anticipated opening of  Beer Engine Brewery in Germantown, on the site the former Zeppelin Cafe across from Check’s Cafe, which has been under construction for a while. Akasha Brewing is working on a space at 909 E. Market St. in NuLu, anticipating a 20125 opening as well.

With all this new and expanded craft brewing activity in the area, Mayor Greg Fischer has put together a Mayor’s Brewery Work Group, comprised of local brewers, brewery representatives and beer aficionados, to come up with recommendations for promoting this growing local business segment. One suggestion has been to develop a beer trail, similar to the Bourbon Trail, to guide visitors and interested locals to all the locally made beers in the area.