Home MAGAZINE ARTICLES PROFILES Game: Adam Burress and Chase Mucerino hunt it down, grind it up... 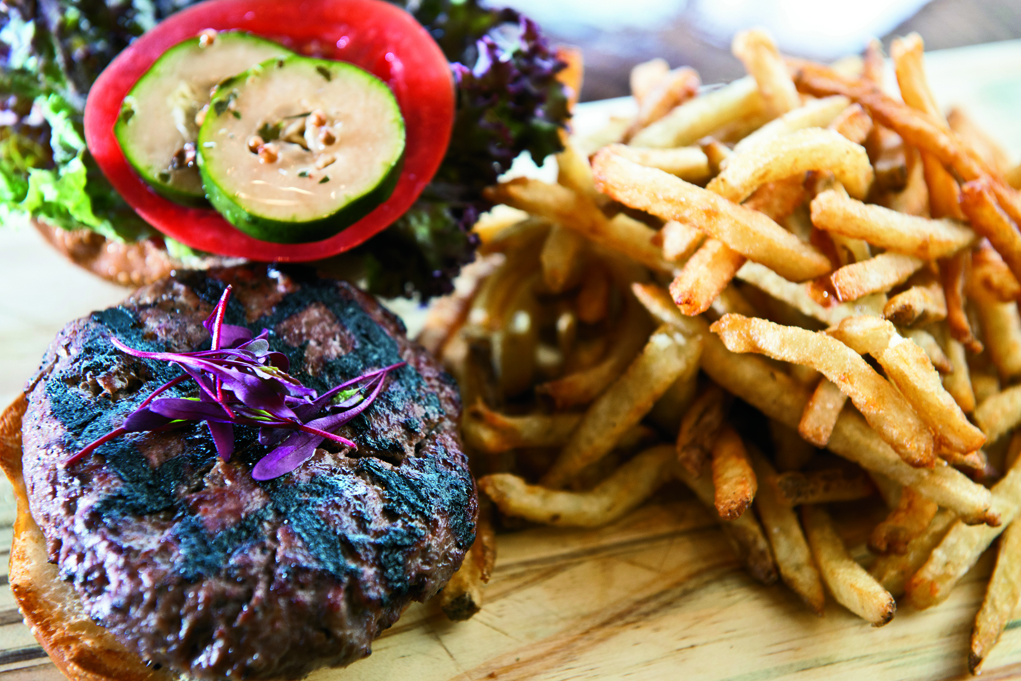 Burress and Mucerino pair-bonded at Sullivan College ten years ago and worked their way together through kitchens including Blu, Jeff Ruby’s, and Seviche before opening Hammerheads, the popular gourmet-bar-food dive in Germantown.

In February — with Hammerheads successful to the point of turning patrons away—the two opened Game, a burger joint with the viewpoint that just about any animal tastes good when ground, formed into a patty, and served on a bun. Kangaroo? Check. Wild boar? Check. Camel? It showed up as a special in March.

With the popularity of Hammerheads, why branch out now? Hammerheads works so well “it kind of runs itself,” Burress says, praising the highly competent staff. “There toward the end, we were just kind of in the way, and you can only do nothing for so long.” And the two couldn’t help but notice that game burger specials at Hammerheads sold like crazy.

“The way it took off,” Mucerino says, “we figured it’d be nice to have a whole restaurant devoted to wild game burgers. Nobody else was doing it, and we felt the people in this town would really enjoy it.”

Both men grew up hunting. Burress ticks off his quarry: “Pheasant, deer, goose, turkey…I’ve even done frog gigging.” Mucerino grew up in Dickson, Tennessee, hunting deer, squirrel, and rabbit, because “it’s a lot cheaper to fill the freezer with wild game than to go to the grocery.”

Game’s build-your-own-burger menu lists venison ($12), elk ($12), and salmon ($8) as well as a trio of veggie burgers including grilled corn, poblano and garbanzo ($8). Cheese costs a dollar extra. In addition to the usual toppings, add-ons are available from foie gras ($8) to grilled fennel ($1). Bread options include brioche and pretzel; sauces include sesame wasabi ketchup and bone marrow mayo.

Not all the meat is actual game. Burress and Mucerino mention the Wagyu beef burger and a special item, the lamb heart burger, as personal favorites. In March, they took heat for offering Hudson Valley foie gras. Animal rights activists protested. Mucerino and Burress play it philosophical but note that the protest “tripled our business” that day. “There’s no hard feelings,” Burress adds.

Not every exotic item on the menu becomes a mainstay. The aforementioned camel, imported from Australia (where does one source a camel? “I got this guy,” Burress says), is not likely to repeat. Ostrich, on the original menu, quickly came off because it was expensive, tough, and full of sinew.

Most of the meat comes from Durham Ranch, a wild game purveyor in Wyoming. Among local items, lamb hearts come from Marksbury Farm, and greens come from Grateful Greens.

Game is located in a glass-front building at 2295 Lexington Road that most recently housed Cycler’s Café. Like Hammerheads, they don’t take reservations, but you get the idea that they do serve the overflow crowd from Hammerheads, five minutes away. The owners shrug off their slightly-off-the-beaten-path location. “What we found with Hammerheads,” Burress says, “is as long as you know what you’re doing, location’s not important. Hell, my favorite restaurant’s Vietnam Kitchen.”