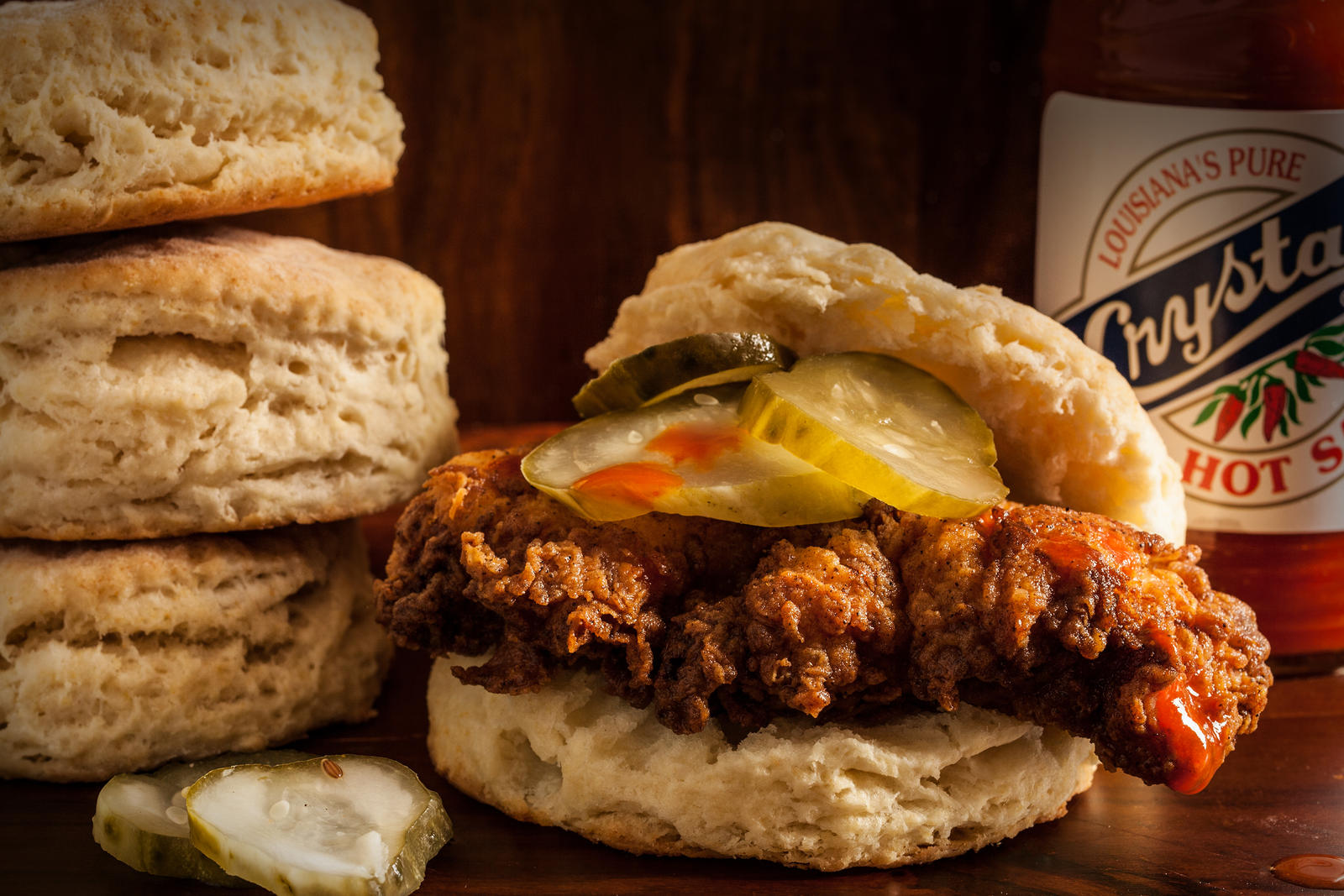 Eric Morris’s new southern cuisine-inspired restaurant Gospel Bird is now open at 207 E. Main St., New Albany. The name reflects the popularity of fried chicken as a post-Sunday service meal throughout the South, but fried chicken will be only one of the offerings at the new restaurant.

Morris, a veteran of the Louisville dining scene, has been associated with Loop 22, Hammerheads and Game, Rumplings, Epic Sammich Co. and pop-up restaurant Ten Tables.

Head chef is Ethan Ray, formerly of Rumplings, Ten Tables and America the Diner, among others. Morris and Ray collaborated on the menu, which offers rotisserie and fried chicken, rainbow trout, pork chops, shrimp and grits, and a range of biscuit choices, including biscuit sliders with fried oysters, fried chicken, or country ham.

The restaurant is located in the former Jacob Bader Building, which dates from 1865. The renovated structure has housed several restaurants in recent years, most recently Don Vito’s. Gospel Bird is open Tuesdays through Saturday 5-10 p.m. There are plans for a Sunday brunch in the near future.

Silvio’s, the business furthest away from the worst effects of the fire, nonetheless was closed for a month to effect repairs and mitigate smoke damage. The process went smoothly, and Silvio’s reopened with its full menu Feb. 13.

The repairs including putting in a new ceiling, and a new paint job, but owner Bill Silvio said he did not make not any major changes in the restoration.